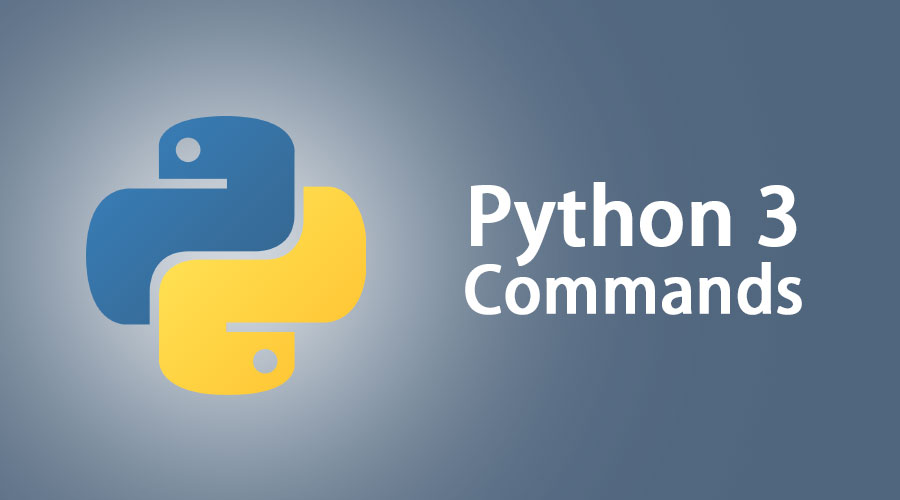 Python 3 commands have been introduced with Python 2 features, and it is compatible with python 2 with the help of using some inbuilt keywords to support the functionalities. Python 3 command was released in the year 2008. Python 3 is more intuitive to programmers and more precise while providing the result. Syntax has been changed for python 3 to get more clarity on what is written and what should be the output.

Basic Commands are as follows:

In Python 3, the print function is used with parenthesis to show the output, which is not available in python 2.

In this Python 3 command, the entered data is always treated as a string even if the data is inserted without ‘ ‘.

In Python 3, the division is more precise than python 2 and gives a better result.

1.5 #by default, it will give this number which is not available for Python 2

In Python 3, an exception argument has to be put in parenthesis.

In python 3 commands, arguments need to be declared with the help of the keyword ‘as’

In python 3, the next function is being used, and the .net function cannot be used as it throws an error named as attribute error.

In python 3, strings are mainly stored as Unicode, that is, utf-8 strings and having byte classes as bytes and byte array.

If else statement is being used for decision making in python 3.

In python 3, square brackets along with index are using to get the substring.

Intermediate Commands of Python 3 are as follows:

In Python 3, for loop is being used to execute the statement multiple times.

it will repeat the statement while the condition is true.

There are many math functions that can be used in Python 3 to get the values or results.

The output would be –‘TOM.’

In Python 3, the function would be defined with the keyword def

In Python 3, it is used to assign the value and update the value as well.

In python 3, the smtp library object is being used for sending an email.

It is being used for matching the string from the number of strings. In this one of the example is the use of the match function.

In python 3, MySql is mainly used as a database, and PyMySQL is an interface connecting to the MySQL database.

Tips and Tricks to Use Python 3 Commands

Python 3 makes life comfortable for the programmers by introducing new features and compatibility to older versions as well. With the help of compatibility, the old applications can be easily moved in the python 3 environment and make it up and running. Python 3 functions and its dynamic typing are really useful for the programming and make the application’s performance better.