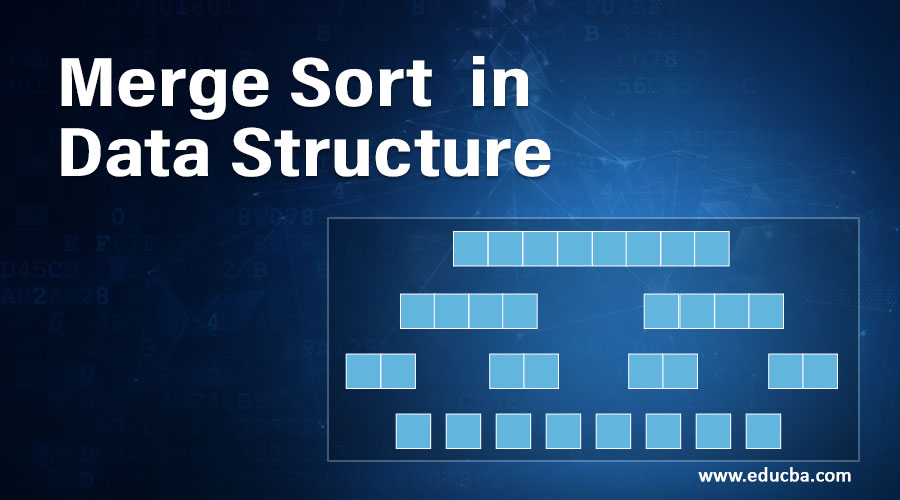 It is a recursive procedure based on the divide and conquers technique to provide the solution to a problem. This means it divides the main problem into smaller problems and later on merges them to get the solution to the bigger one. In Merge Sort, we divide the list of elements into smaller lists until and unless the single element is left in the list and then these are merged in correct order to get the sorted list of elements. This is also a comparison-based sorting algorithm with O(nlogn) of complexity. Here we will discuss merge sort in a data structure along with its algorithm and applications.

Merge Sort works similar to quick Sort where one uses a divide and conquer algorithm to sort the array of elements. It uses a key process Merge(myarr, left,m, right) to combine the sub-arrays that were divided using m position element. This process works on one assumption that the two sub-arrays contain the elements in a sorted manner. Below is pseudo-code to implement Merge Sort for a given array myarr which has its last index as right.

Explanation: First we have algorithm MERGE-SORT that takes an array as an argument and sees if the last index is greater than the left index to see if the array contains some elements to be sorted. Then a middle point m is calculated to divide the array into 2 sub-arrays and the same algorithm is called for those sub-arrays. In the last when recursive calls end and we end up having single elements in each sub-arrays, the MERGE algorithm is called. 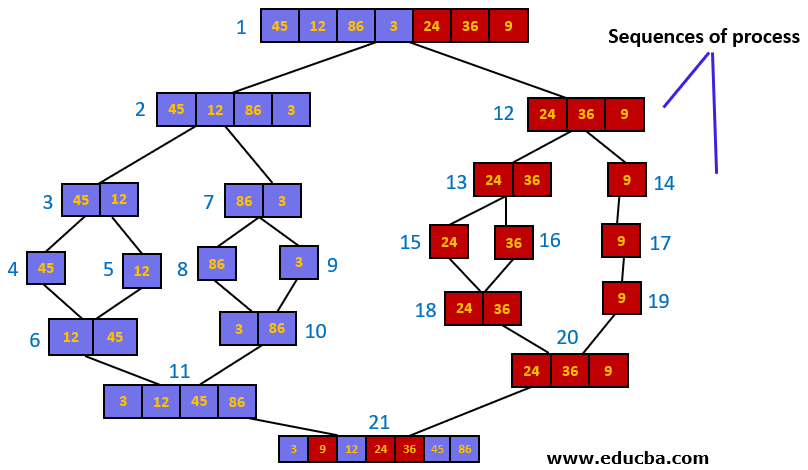 In the above picture, elements of the array are sorted using Merge sort. Also, we can see the sequence or the order in which the elements are processed.

Here are some examples to implement merge sort:

1. Worst Case: The case when all the elements of the array are sorted in the reverse order. Using Masters theorem we found the complexity of Merge sort in such case is Θ(nlogn).

2. Average Case: This is the case when the elements are partially sorted. The complexity of merge sort, in this case, is Θ(nlogn).

3. Best Case: This is the case when all the elements are already sorted but still recursive calls are made thus complexity is Θ(nlogn).

And Complexity of Merge algorithm is O(n) in all cases. Thus Merge sort is a stable algorithm that uses O(n) of auxiliary space and Divide and Conquer paradigm to sort the list of elements.

Here are some of the applications of merge sort which are explained below:

Merge Sort is a divide and conquer algorithm that uses a merge process to merge the two sub-arrays into one by sorting its elements incorrect order. It works on one assumption that the elements in these sub-arrays are already sorted. This is a stable algorithm often used in case of sorting the LinkedList or inversion count problems or external Sorting.