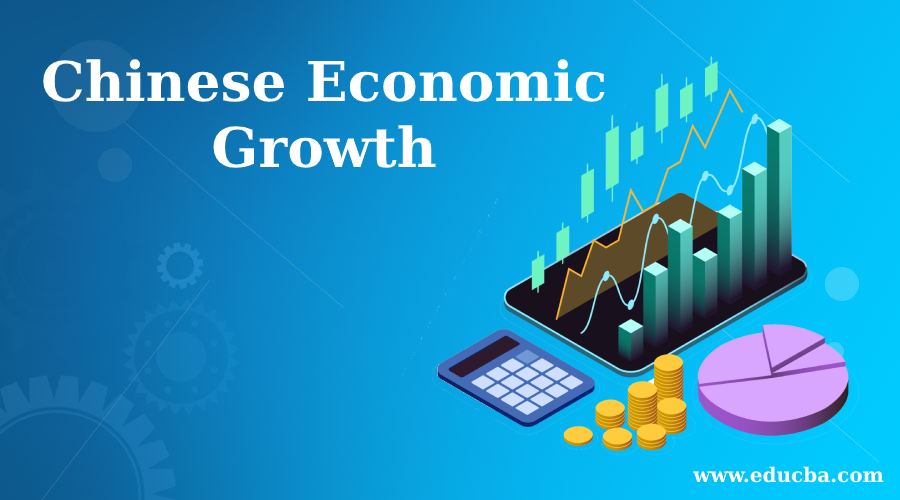 There you have China in the second position. Coming back to the 2nd largest economy of the globe Chinese economic system has a huge role to play in the global economy; however, the world has been stunned by the Chinese economic growth over the years, without a serious downfall or a recession to face China continues to grow well and attain huge hikes.

Chinese Economic Growth was never an economic superpower; it suddenly emerged as one since the year 1978 by demonstrating a 30 fold expansion of real GDP. The world did not expect China to show a sudden growth in its economy because it faced national system problems like persistent backwardness after centuries of commotion and economic degeneration; however, China fared well thanks to its permanent extractive and dictatorial political organizations. Yet the institutional theories predicted China would fail in dismissing Chinese Economic growth industrialization.

Industrialization was introduced in the book “ The Wealth of Nations” approximately 250 years back by Adam Smith; also economic historian Gregory Clark mentioned “, Explaining the Industrial Revolution is the ultimate, elusive prize in economic history. It is a prize that has inspired generations of scholars to lifetimes of, so far, fruitless pursuit.”  China proved the economist and the world wrong; they very tactfully and knowledgeably rediscovered a secret recipe for growth, to industrialization.

The rediscovery was so naturally unpredicted, brisk, and prominent that the economist’s facts predicted industrialization seemed lost. Yes, China proved the world wrong besides the delay of industrialization in China by 200 odd years. Besides various barriers, China, as a developing economy, could attain it, whereas other emerging economies could be nowhere close to China.

To the surprise of the world, China completed the 1st part of industrialization or industrial revolution in its 1st 15 to 20 years; this took place after the restructuring in the year 1978. China’s second industrial revolution has come midway, and until a few months back, there was no recession. Yet the prediction of China recession started approximately 4 years back.

The reason behind the recession prediction

China has been attaining a 10% growth averagely in all domains for the last 3 decades. Economists say that the bigger the economy, the harder it is to maintain the same level. Any economy functions on three major elements of labour (the age group of people engaged in the working-age group, which mean this element does not include children and senior citizens), capital (the working capital), and productivity (labour X capital), when these factors increase the economy faces a huge increase in the economy, simultaneously a decrease in these elements give a dip in the economy. China’s working-age, that is, the labor population, reached its peak in the year 2012. In the year 2012, China’s investments and its GDP reached their maximum hike, which was 49%; many economies have reached that hike sometime over the years.

Well, the prediction did come true since the year 2013 the Chinese economic growth has been facing a few turmoils in the smooth running of its economy due to changes in the fiscal rules that made it hard for the government to spend, for example, the inflation of consumer price goods is running a five year low at 1.1%. In contrast, the consumer price of goods has been in deflation. This needs to be noted that China’s economy is controlled by its government and has been running below its potential. Well, this had never affected the Chinese market from 2013 till June 2015. The best part about this outstanding economy is that none of its economic slowdowns has been permanent.

Chinese economic growth Post-2014 Chinese market saw an incredible hike in 12 months which was a boom of more than 150%. The sudden hike resulted from regulations set by the government; for example, new laws of liberalization made the investment of funds to increase and for the companies to make the stocks available for the public or the buyers of stocks. Chinese stock market comprises a majority of buyers as small retail investors. People started investing more in stocks and properties as even the banks started lending more money for property purchases. The last six months of the year 2014 listed maximum new businesses in China.

The drastic change in mid-June 2015 took place due to the Chinese government’s headstone changes and not elementary changes. Stocks were highly overvalued. As you know, overvalued stocks fetch a lot of money, and highly overvalued stocks fetch more than a lot of money. This is what happened people wanted to make lots of money, so they started to withdraw their stocks from the market. Companies suspended their own stocks. The reason is marginal lending from the banks to both retail and corporate investor. An investor has borrowed money from the banks to purchase stocks; corporate have pledged their own stocks to the bank to invest money in the market.

To control the economy’s slowdown, the government issued a few regulations that curbed on new share issues to encourage the brokers and fund managers to buy more and more stocks from the market. The analyst and economist say that the Chinese government faces its own clout, which is quite true.

After all the boom, it was now the time of correction in the stocks’ haphazard increasing values. All this started Mid June 2015; on the 19th of June, 2015 Friday, the main Chinese stock market crashed down by 13.3%, which was the highest decline since the global financial crisis or global economic crisis approximately 9.24tn Yuan (the Chinese currency) was wiped away from the market. The decline continued for weeks and continued to put the Chinese stock market and its government under stress.

In less than a month, the Chinese government lost close to 3 trillion Yuan in its main stock market. This was the worse fall that the Chinese stock market experienced in the last 8 years, a list of suspensions are 2/3 of the companies listed on the Chinese mainland or approximately 1800 stocks; you can count it either ways, loss of 10% of their values and maximum daily limits. The demand for Chinese raw materials fading away knocks down the world commodity prices; copper will be dropping down for 6 years.

Recession Effects on the Global Economy

Every country plays a vital part in the global economy, so does China, with a very important position that is the second in the global economy; it accounts for only 15% of the total global GDP. As far as the developed or the emerged countries or economies are concerned, the recession of the Chinese economy will not really have a very huge or a very big impact on them, on the other hand, the emerging economies like most of the Asian economies, African countries to the most extent will definitely be affected.

A huge recession starting from mid-June 2015 till August erased approximately $5 trillion from the entire global market. A deep dip in the Chinese economy did affect the other economies closely related to it. The emerging South African countries saw an all-time steep dip in the oil and crude, and other 22 different commodities have also been sinking as they have been on their lowest price since 1999.

Since the 11th of August, Yuan has been sharply devalued this deleted $5 trillion from the global market. China’s industrial activities have slowed down sharply as the Chinese government is unable to stabilize the equity prices. Hence the emerging countries that depend on China for their economic growth to meet their demand for industrial and other products will definitely be affected by this sudden dip in the Chinese market and the great devaluation of the Yuan.

The globe is going to face its first ROI (Rate of Interest) rise. The reason behind this ROI rise is that The United States Of America, that is, the USA, has tightened its monetary conditions for huger emerging economies with the rising rate of the dollar, which means that the emerging countries are going to have to face a huger interest rate along with the rising rate of the dollar and this rise has started since September 2015. Oh Yes! This means that the recession global economy is on the verge of facing a big, very big change. In this change, the rich, the developed economies, only normalize their policies, whereas China and other emerging economies try to stabilize their economic conditions.

Yet the effect of this huge drop-down remains minimal, not only for the world but also for China. Even after having trillions washed away from the global money China and the globe will be able to resettle the same. Talking about China, the Chinese, neither most of the Chinese common person nor Chinese corporate own huge investments in the stock market. They have most of their investments in real estate; hence a huge dip down in the stock market has only affected the Chinese government and its economy directly and not the common man; of course, it affects their living; however, as discussed, not directly.

As far as the rich economies are concerned, they make the most out of such situations to give a boom to their own economies by increasing their ROI and make money and strengthen their economy, even more, leaving the emerging ones behind struggling with the hike in the ROI and overvalued commodities. It is observed that during the Asian crises, the American government increases its ROI by approximately 75 basis points, which is a lot of money. 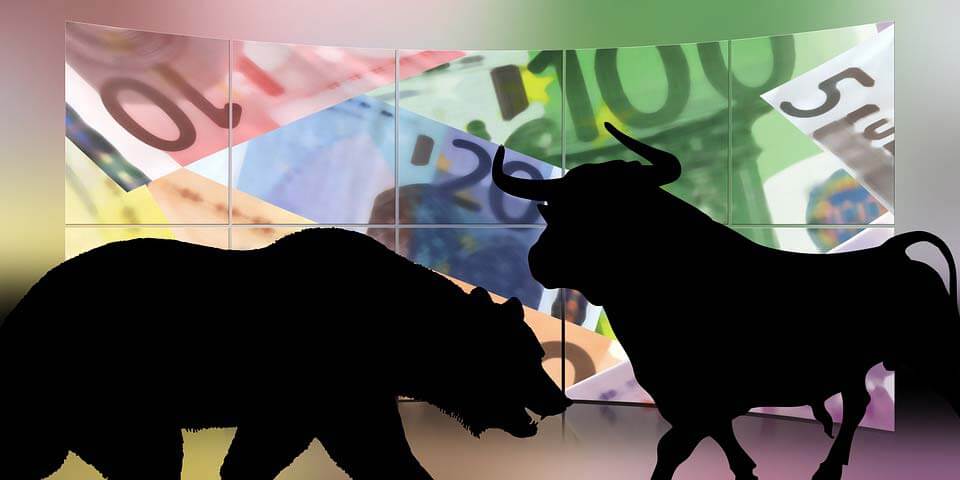 Chinese Economic growth has been a surprise player in the market; out of nowhere, China comes to a level of the 2nd largest economy in the world. With a prediction of a drop-down in the economy, China continues to fight out there and stay strong for the last three decades. However, the slowdown started, it reached its final and lowest point in the months of June, July, and August 2015, wiping away 5 trillion from the global market. It has left the world affected in both positive and negative way. Positive for the rich economy as they hike their ROI during Asian crises, whereas negative to the emerging economies as the prices of basic commodities crash down to their lowest points since 1999. The Chinese government has been in a panic situation and is trying to stabilize their economy by introducing various laws, rules, and regulations to correct and regain what is lost by them as we as the world.

This has been a guide to Chinese Economic growth. Here we discuss how does China’s growth rise and about his Chinese Economic History. You may also look at the following articles to learn more –

All in One Human Resource Bundle (25+ Courses)