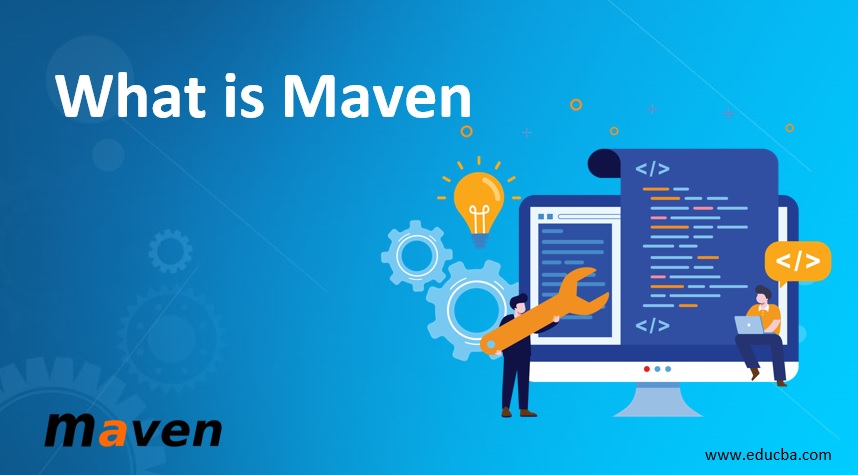 The java build tool provided by Apache to help in the build, documentation and dependency process of projects with any level of complexity written in Java and C# that uses Project Object Model (POM) and that follows convention of source code, compiling code and so on is called Maven.  It is kind of declarative and follows the .xml file system and also helps in dependency management of the build process with consistent interface. Repositories are used and it is mostly considered as project management tool as it can manage all the project dependencies and maintenance.

It means accumulator of knowledge. It is a Yiddish word that first came into the scene during the Jakarta Turbine project where an attempt was made to simplify the build process.

It is a project build tool which comes under the license of Apache, and there are whole hosts of libraries available in the Maven repository.

In a project, getting the right JAR files is a difficult task where there could be conflicts in the versions of the two separate packages. However, It makes sure all the JAR files are present in its repositories and avoid any such conflicting scenario.

To get those JAR files from Maven, we need to visit the Maven repository and search for the exact dependencies, such as the Spring dependency, Hibernate dependency, etc.

After the Project, comes the GroupId. Now, different companies or people build different projects which highlight the problem of making sure each project is unique. Thus, this problem in uniqueness could be resolved by using a unique ArtifactId or GroupId which distinguishes one project from another. This is done by combining the ArtifactId which represents the project name with the GroupId which describes the package. For example, let’s say a GroupId is named as com.telus, and ArtifactId is named as proj, then the Package name would be com.telus.proj.web. These things would simplify the Maven process.

To download dependencies, we need to visit the official website of different software which often could be painful. Now, instead of visiting individual sites, we could visit mvnrepository.com which is a central repository of the JAR files. Once, you are into the webpage, go the search bar and type any dependency you want. Here we have searched for the Spring MVC and then click Search.

Click the latest release and copy the pom file, and thus you have the required JAR file. 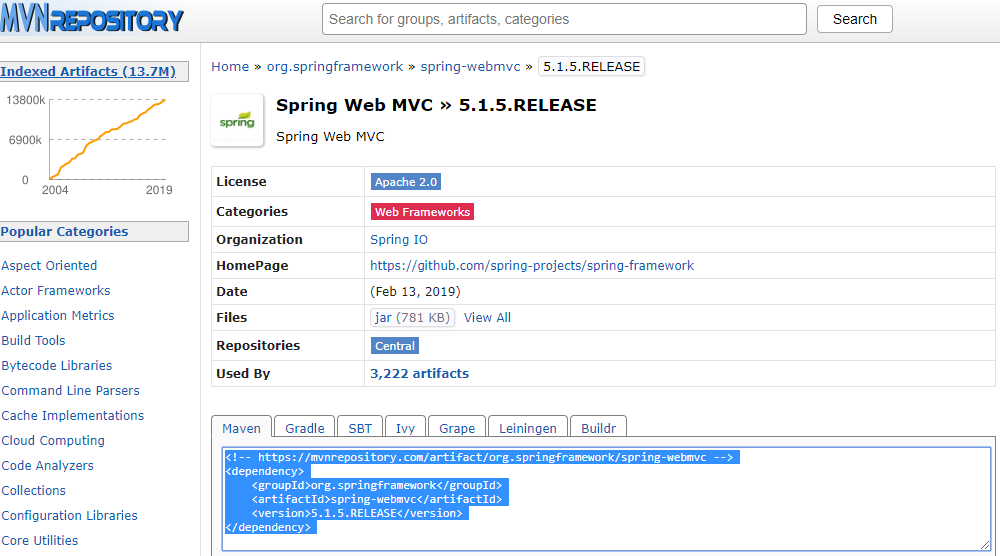 It has now been incorporated into many top multinational companies who want to simplify the process of project development using a common framework which consists of all the necessary dependencies and plugins required for a particular build in a project. Below are some of the top corporations around the world which uses it in their workflow.

Following points are subsets of Maven.

It has so many components which help in our projects to perform the builds by interacting with each other. At first, a command is entered – mvn install from the command prompt.

The install command would examine the pom.xml file to understand the project and the requirements for a build to be performed. The parts of the data that it reads are the information of the project which is the space where we would find a way to look for the Artifact that would be created with the build.

The dependencies and the plugins would also be looked at. The plugins are needed to build the Artifact as these are the actions against the code whereas dependencies are the libraries required for a project.

The project lifecycle would start once the plugins and the dependencies would be available. The phases involve – compile, test, and install. All the stages would be executed along with plugins associated with it.

Given below are the advantages explained.

Why should we use Maven?

The reason why we should use it.

Any new projects require third-party libraries to work with. For example, a project which uses MYSQL along with JAVA requires a MySQL-connector-java jar file. Additionally, working with Spring MVC requires numerous dependencies. All these frameworks require self-downloading all the dependencies which are tedious and time-consuming. Moreover, in case of updating to the latest version, it would be a challenge where we again have to visit the repositories and download all those dependencies. It resolves this problem as it gets the necessary JAR files required for a project and avoids any conflict.

It simplifies the process of project development providing a standardized way to develop and maintain a project. Thus, its necessity is diversified to all fields, and as shown earlier, employees from computer software to Information Technology, all needs Maven in their work.

As seen in this article, it is used in Java related projects. Now, as Java is used worldwide, it enhances the importance of Maven and hence most companies these days look for the experience of Maven to hire someone for a Java Development role. A recent LinkedIn search gave a whopping twenty-three hundred results for Apache Maven skills requirement worldwide.

If you are a web developer or a Java Developer, it’s almost certain that you would need it more often than not in your project. Also, based on the current demand for Maven, it’s necessary to have an understating of the technology to be relevant in the market and also to make a better-standardized project.

This has been a guide to What is Maven?. Here we have discussed the basic concept, working, need, scope, uses, along with advantages and top maven companies. You may also look at the following articles to learn more –