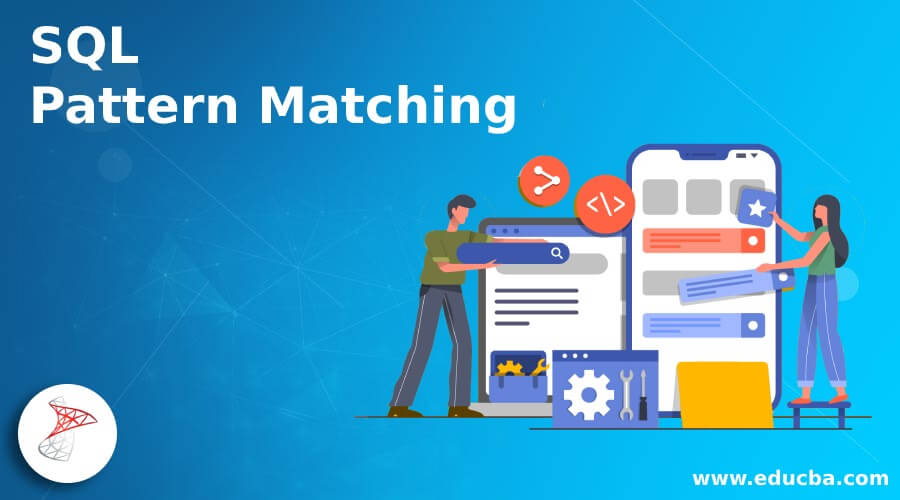 We can match the string and check for its matching with different patterns using the LIKE operator in SQL which is a logical operator that compares the string and searches for the part that satisfies and matches the pattern that is specified using a collection of various regular and wildcard characters. The strings, texts, and column values or variables containing data of binary type, varchar type, and files can be used for matching them with regular expressions. The LIKE operator returns true if the match is found and if the string does not match with the specified pattern then it returns false.

The pattern matching using the LIKE operator is mostly used in the WHERE clause of the query statement to filter out the result set containing column values that have or match with specific value or pattern. In this article, we will learn about the matching of the values or contents of columns and variables using the LIKE operator, its syntax, and some of the examples demonstrating its implementation.

The syntax of the LIKE operator is as shown below:

column name or expression LIKE pattern [ESCAPE character to be escaped]

Explanation: where column name or expression can be the name of the column of the particular table that you want to match with the pattern or any variable or combination of different functions and columns or variables that result in a certain expression whose final value is to match with the pattern. We can even provide the character that is to be skipped while matching by specifying them in the character to be escaped after the ESCAPE keyword which is again an optional thing. Mentioning the pattern with which we want to match the expression is required and must be specified. The LIKE operator can be used for matching in the query statements including SELECT, INSERT, UPDATE, and DELETE statements.

How does SQL Pattern Matching work?

Below is the working of SQL Pattern Matching:

Below are the examples mentioned:

Step 1: Let us consider the example by using a table named dictionary that contains the following records:

Step 2: Now, we have to search for the records that contain the “word” string in their column values of meaning. For this, we will use the following query containing the LIKE function.

Step 3: Using underscore (_) wildcard character to specify the single occurrence of any character between the specified strings or characters, we will consider one example where we will only get the records from the dictionary table that match the pattern that contains as many strings before and after the occurrence of I and I lying in between which can have any character in between the two I’s and specify _ underscore in between. Our pattern will be “%i_i%” and the query statement will be as follows:

Explanation: The output containing above records were retrieved because of occurrence of words like “additional”, “origins”, “writing”, “similar” and “originality” in them that had only one character between two I characters and any of the words and characters before and after that pattern as specified by a % wildcard character.

Example #2: Matching with the specification of escape character

Step 2: Now, we have to search for all the records having a percentile character in it. But as % character is a wildcard character, we will use escape character say /. Our query is as follows: