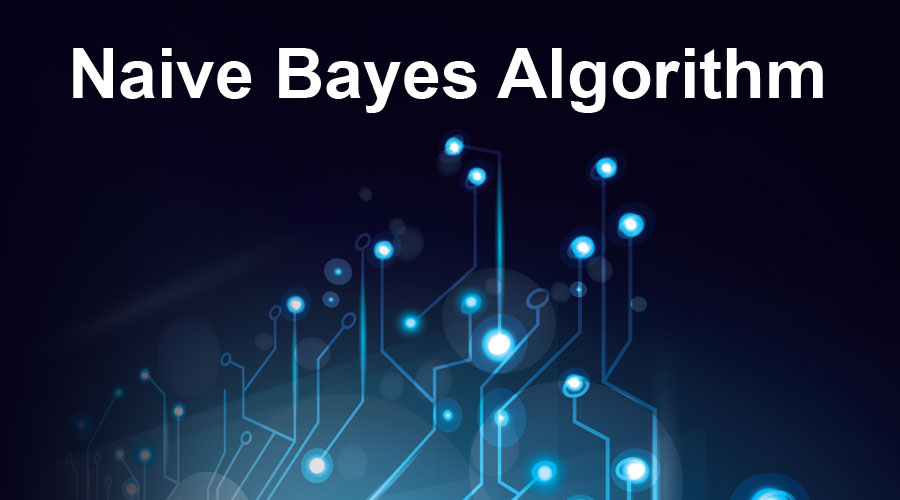 What is Naive Bayes Algorithm?

The formula or equation to calculate posterior probability is:

Let us understand the working of the Naive Bayes Algorithm using an example. We assume a training data set of weather and the target variable ‘Going shopping’. Now we will classify whether a girl will go to shopping based on weather conditions.

The given Data Set is:

The following steps would be performed:

Step 2: Make a likelihood table by calculating the probabilities of each weather condition and going shopping.

Step 3: Now, we need to calculate the posterior probability using the Naive Bayes equation for each class.

Problem instance: A girl will go to shopping if the weather is overcast. Is this statement correct?

Now put all the calculated values in the above formula

The class having the highest probability would be the outcome of the prediction. Using the same approach, probabilities of different classes can be predicted.

What is Naive Bayes Algorithm used for?

2. Multi-class prediction: The probability of multi-classes of any target variable can be predicted using a Naive Bayes algorithm.

3. Recommendation system: Naive Bayes classifier with the help of Collaborative Filtering builds a Recommendation System. This system uses data mining and machine learning techniques to filter the information which is not seen before and then predict whether a user would appreciate a given resource or not.

How to build a basic model using Naive Bayes Algorithm

There are three types of Naive Bayes models, i.e. Gaussian, Multinomial and Bernoulli. Let us discuss each of them briefly.

1. Gaussian: Gaussian Naive Bayes Algorithm assumes that the continuous values corresponding to each feature are distributed according to Gaussian distribution, also called as Normal distribution.

The likelihood or prior probability of predictor of the given class is assumed to be Gaussian; therefore, conditional probability can be calculated as:

2. Multinomial: The frequencies of the occurrence of certain events represented by feature vectors are generated using multinomial distribution. This model is widely used for document classification.

3. Bernoulli: In this model, the inputs are described by the features, which are independent binary variables or Booleans. This is also widely used in document classification like Multinomial Naive Bayes.

You can use any of the above models as per required to handle and classify the data set.

You can build a Gaussian Model using Python by understanding the example given below:

In this article, we learned the concepts of the Naive Bayes Algorithm in detail. It is mostly used in text classification. It is easy to implement and fast to execute. Its major drawback is that it requires that the features must be independent, which is not true in real-life applications.