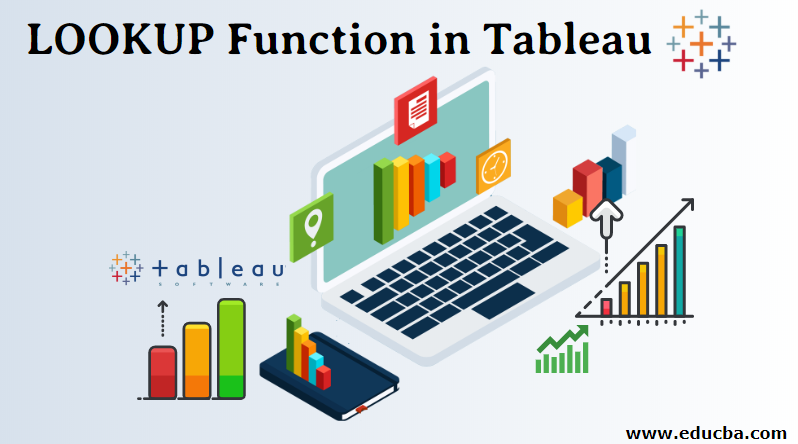 Introduction to Lookup Function in Tableau

This article will explore the Lookup Function in Tableau. The lookup function is one of the most important and widely used table calculations in Tableau and is used to find values from a selected range. As the name suggests it is used to lookup values within a table (partition) i.e. either from the start of the partition or from the end. The value fetched is based on the offset value which defines the position (either positive or negative) from the current row. The value (measure/dimension) which needs to be looked up is specified in the syntax and the position is based on the offset. Offset is something that specifies the number of addresses which is added to the base address to get an absolute address.

Excel also provides the lookup feature in terms of vlookup and hlookup. However, lookup in excel is used extensively to extract the values from a different table while Tableau lookup will fetch the data from within the table based on the offset values.

Expression: The first part of the function is the aggregate of measure or dimension that will be returned.

Offset: This refers to the number which will specify in which direction should tableau move (Positive or negative) and by how much from the current row value. That means it specifies the position to fetch the value specified in the first part. Offset basically refers to the distance in cells from the starting of the table or from the end of the table. It can be a hardcoded number, a parameter or a formula. If the offset is a negative value it will lookup the previous rows and if the value is positive it will lookup the upcoming row’s values. 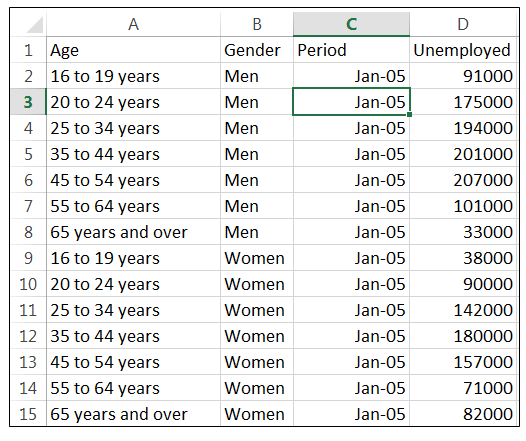 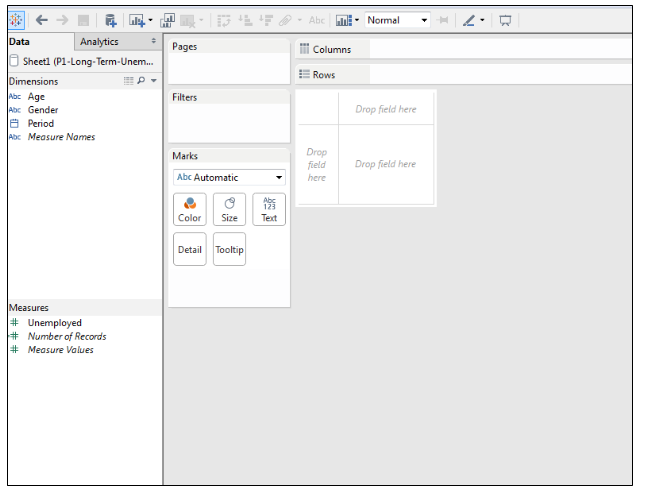 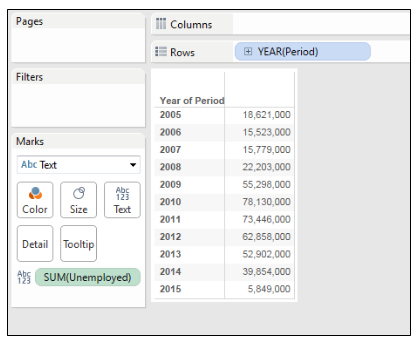 6. Drag and drop the newly created calculated field towards the table. 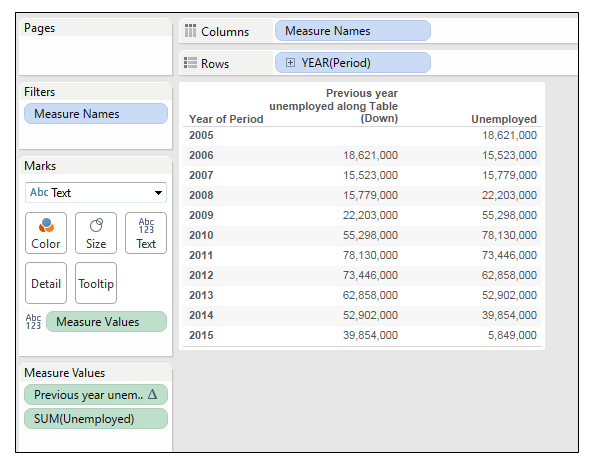 Thus Tableau has extracted the previous year’s unemployment numbers with the help of the lookup functionality. We can keep changing the offset value to fetch the numbers based on our needs. A value of 1 will look up the immediate next year’s value and display on the table.

2. Now modify the calculated field by replacing the parameter name with the offset value. 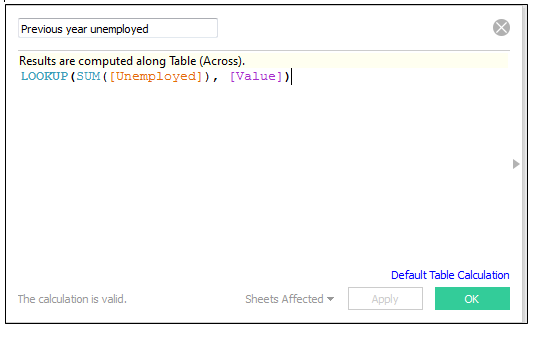 3. The workspace will thus look something like this. This feature will be very useful while creating dashboards and stories. 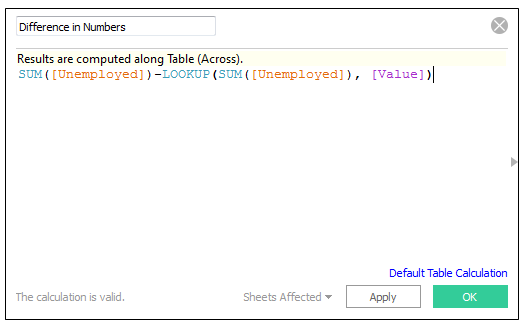 Drag and drop this new calculated field over the table. 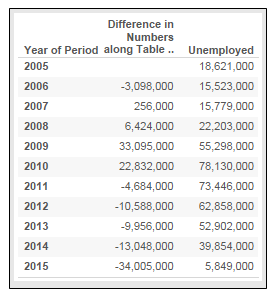 Use cases for Lookup Function-

Below are the major highlights of the Lookup function –