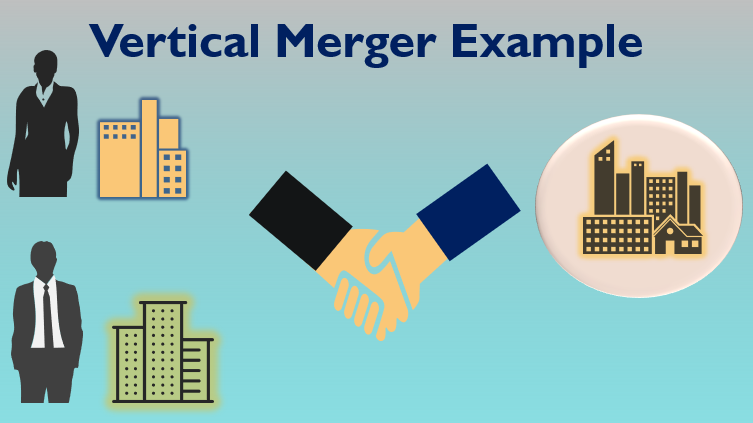 A vertical merger is the merger of a company and its supplier. When companies produce different services and products along a value chain and their merger takes place, it is referred to as a vertical merger. Companies carry out a vertical merger for synergy gains. It helps in improving operating efficiency and thus reduces costs.

A vertical merger is a part of corporate strategy. While going for a vertical merger, companies should carry out proper due diligence regarding its pros and cons. It should properly consider the synergy gain due to the merger. Besides bringing inefficiencies, it helps in increasing market share, lowering costs, facing the competition and bringing in other economic benefits.

However, certain vertical mergers come under legal scrutiny as the entity ends up controlling raw materials. Similarly, it may end up killing competition. The success of the merger depends upon the intent of the company. A vertical merger must be carried out if the advantages of the merger outweigh the costs. Even after carrying out the merger, more challenges come into the picture. The culture of the entity being merged has to adapt to the culture of the merged entity. The merger would definitely end up in success if it is approached in a positive way.

This has been a guide to Vertical Merger Example. Here we discuss Introduction and top 4 Example of Vertical Merger along with Miscellaneous Example and detailed explanation. You can also go through our other suggested articles to learn more –