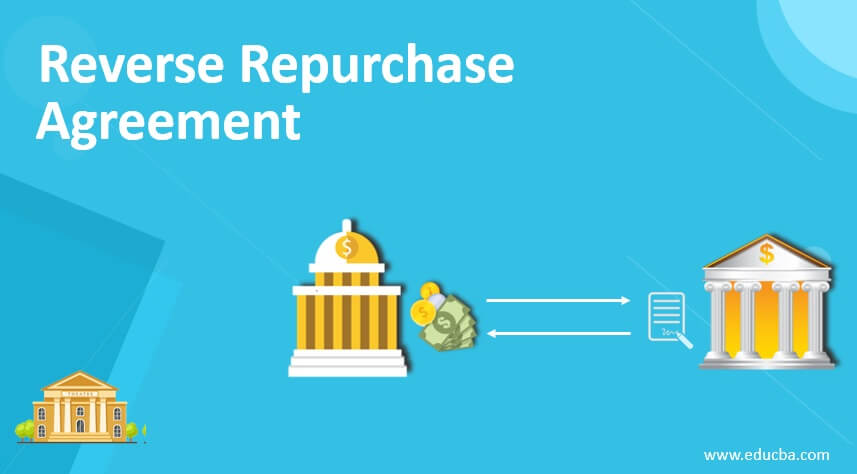 What is Reverse Repurchase Agreement?

How does Reverse Repurchase Agreement Work?

Businesses like investors or lending institutions usually use reverse repurchase agreements to lend short-term loans to other businesses when they are in need of funds. Effectively, the lender purchases equipment, business asset or shares of the borrower with the agreement to sell them back to the borrower for a higher price on a set future date. The difference between the buying price and the higher selling price represents the lender’s interest in the deal. The asset purchased by the lender (or buyer) acts as the collateral to cover the default risk. Interestingly, there is no physical exchange of the collateral between the lender and the borrower until the borrower defaults.

Following are the example are given below:

Let us assume that a buyer bought securities at $950with collateral coverage of $1,200 in the transaction’s first leg. In the second leg, the buyer will sell the securities back to the seller at $1,000 and return the securities worth $1,200. Determine the interest earned by the buyer in this transaction.

Let us assume that the central bank has fixed the US’s reverse repo rate at 6% per annum. Determine the selling price of the securities that a commercial bank purchased for $950 for 28 days.

The reverse repurchase agreement has all the legs of the agreement legally documented within the same contract. The first leg is the purchase of the underlying business asset by the lender (buyer), and the second leg involves selling the asset back to the borrower (seller). Further, the underlying asset serves as the collateral for the lending operation. However, there is no actual change of location or ownership of the collateral unless the borrower defaults, in which case the collateral has to be physically transferred to the lender.

Some of the major advantages of RRA are as follows:

Some of the major disadvantages of RRA are as follows:

So, it can be seen that the reverse repurchase agreement is a useful method to inject liquidity into a market. In essence, it ensures that businesses don’t need to liquidate their investments due to unforeseen cash flow crisis. It is also effectively used for managing cash. The central banks usually use the reverse repurchase agreement to control the money supply in the economy. Given that it primarily involves buying and selling treasury securities, it is considered to be one of the safest forms of investment.

This is a guide to Reverse Repurchase Agreement. Here we also discuss the introduction and how does reverse repurchase agreement work? Along with advantages and disadvantages. You may also have a look at the following articles to learn more –