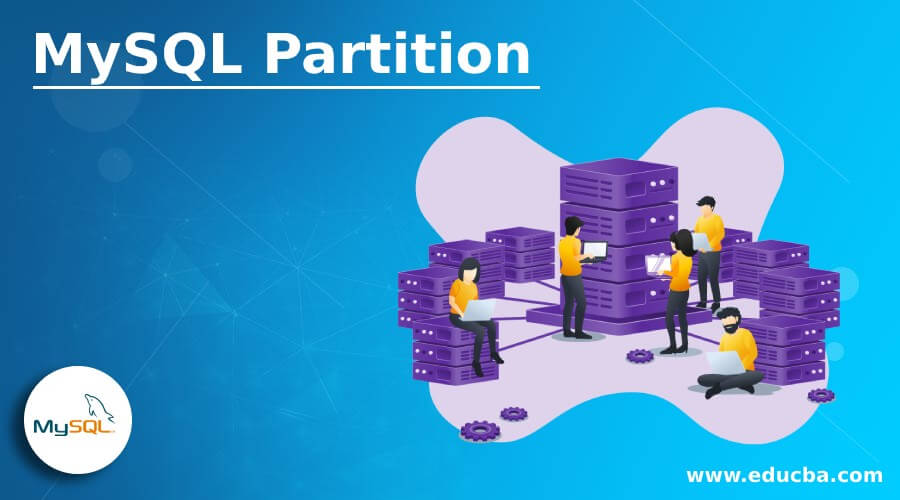 The following article provides an outline for MySQL Partition. Partitions are the dividers or separators that can be created in the tables of the database that store a huge number of records. Partitioning leads to scalability and an increase in the performance of the database access and retrieval of data with very few additional resources. Implementing partitions in your tables helps in faster retrieval of data when proper queries and partitions are created.

The column or parameter on which the partition is being created in the table must always be present in the where clause of the insert, update, delete and select queries that are being constructed on that table. If not done so, it will lead to the scanning of whole table records instead of a single partition where that record will belong which will prove to be very time and resource consuming.

Checking Support for Partitions in MySQL

We can check whether MySQL is supporting the partitions by checking the contents of plugins table located inside the information_schema schema using the following query.

Gives the following output if your MySQL partition support is active:

Alternatively, you can fire the following command to check whether partition plugin is active and supported by your version of MySQL.

Gives the following output that will contain a plugin named partition and its status along with all other plugins of database: 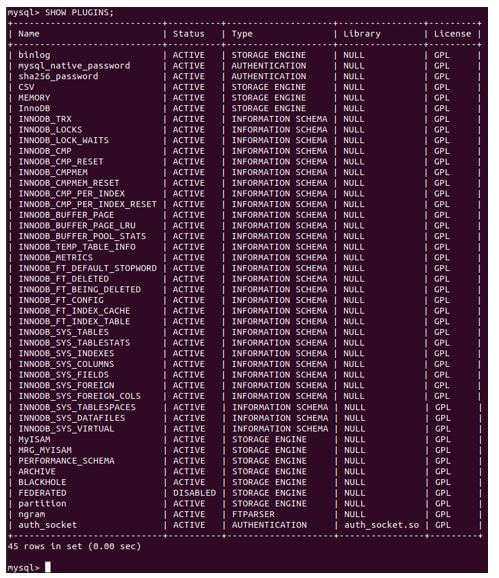 Types of Partitions in MySQL

Partitions can be broadly classified in two types:

In horizontal partitioning, the data is split and partitioned by dividing the number of rows of the table.

Given below are the techniques of partitioning:

For example, let us create a table that will store the cities in the country and create 5 partitions based on pin codes.

List partitioning is quite similar in working as of range partitioning. The only difference between both of partitioning techniques is that in list partitioning you need to mention the set of the values in the comma-separated format for each partition instead of defining the whole range of values. Note that the values that are mentioned for partitioning should be discrete. PARTITION BY LIST (expression) clause is used to mention the expression which can be any column having integer datatype or any other expression on columns that will result in an integer value. Further, VALUES IN (list of values) is used to specify the set of discrete integer values that will fall into that partition.

For example, we will create a table named writers that will contain columns name, id, rate, and joining_date and we will create four partitions based on rates. Consider that the fixed values of rates are 500, 550, 600, 650,….1000. So, here we will create 4 partitions depending on the rate values.

In hash partitioning, we do not need to specify the values that will be considered for the partitioning and which value will fall into which partition is decided by the MySQL itself. We just need to mention the expression on which hashing will be done and the number of partitions to be created. We can mention that we want to perform hash partition by using PARTITION BY HASH (expression) where expression should always return integer value and further use PARTITIONS to mention the number of partitions to create.

For example, we will create articles table and 4 partitions on technology_id column using hash partitioning technique.

This technique is similar to hash partitioning except that the hashing of the columns is done internally by MySQL and we don’t need to mention the hash expression. Instead just mention the PARTITION BY KEY(). It is not necessary for these columns of keys to be of integer type.

We can implement partitioning in the database when there is too much of data residing in the tables. Various techniques can be used for partitioning. Which one to choose depends upon the use case and requirement. Partition leads to great performance and scalability in the MySQL database.