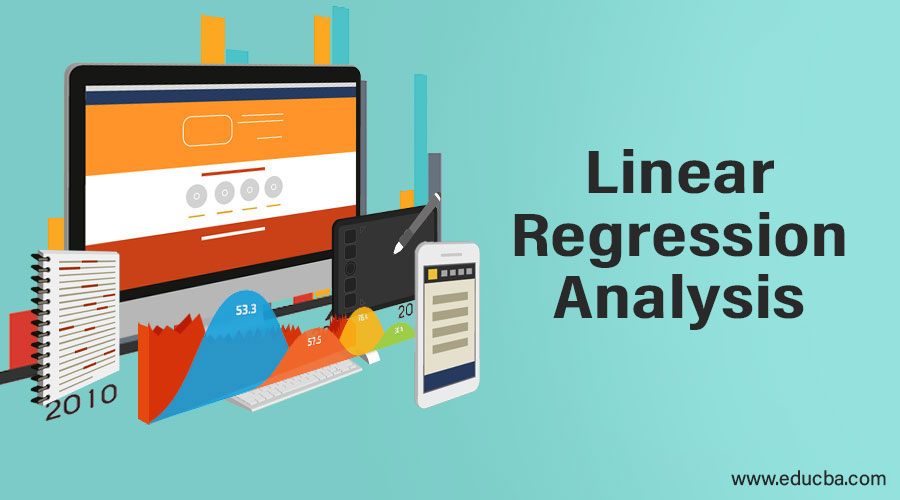 Linear Regression analysis is among the most widely used statistical analysis technique as it involves the study of additive and linear relationship between single and multiple variables techniques. The analysis using single variable is termed as the simple linear analysis while with multiple variables are termed as multiple linear analysis. Basically, in linear regression analysis we try to figure out the relationship of the independent and the dependent variables and that’s why it has multiple advantages such as, being simple and powerful, in making better business decisions, etc.

The 3 Types of Regression Analysis

The Equation of Linear Regression and Split it into relevant parts 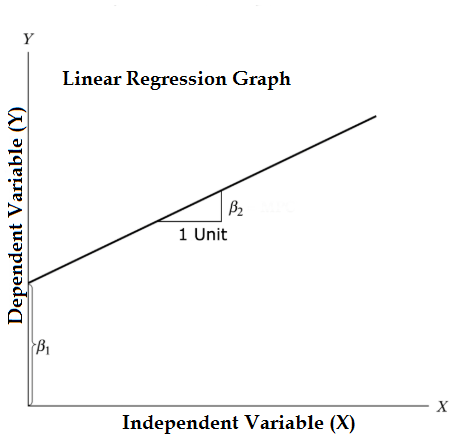 Problem: For understanding what is linear regression analysis we are taking the “Cars” dataset which comes by default in R directories. In this dataset, there are 50 observations (basically rows) and 2 variables (columns). Columns names are “Dist” and “Speed”. Here we have to see the impact on distance variables due to change speed variables. To see the structure of the data we can run a code Str(dataset). This code helps us to understand the structure of the dataset. These functionalities help us to make better decisions because we have a better picture in our mind about the dataset structure. This code helps us to identify the type of datasets.

Similarly to check the statistics checkpoints of the dataset we can use code Summary(cars). This Code provides mean, median, range of the dataset in a go, which the researcher can use while dealing with the problem.

Here we can see the statistical output of every variable we have in our dataset.

The Graphical Representation of Datasets

Types of Graphical representation which will cover here are and why:

Here the following advantages are as follows: 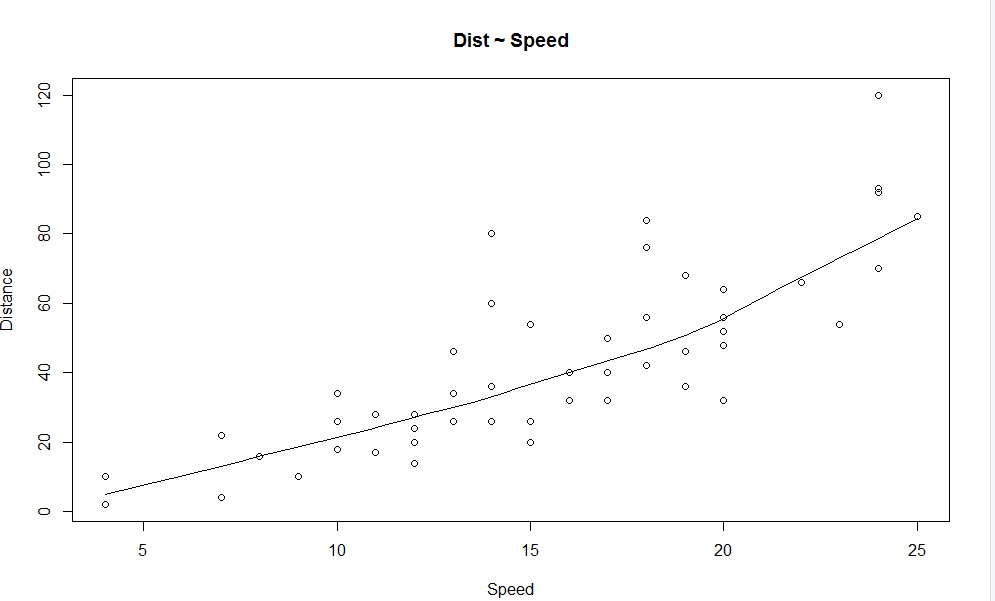 2. Box Plot: Box plot helps us to identify the outliers in the datasets. Advantages of using a box plot are: 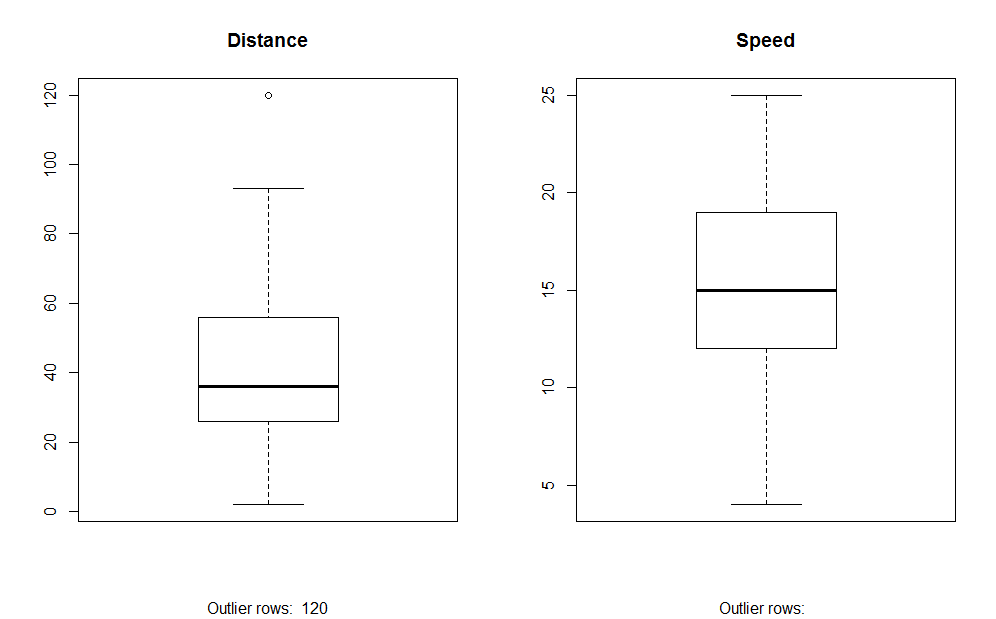 3. Density Plot (to check the normality of the distribution) 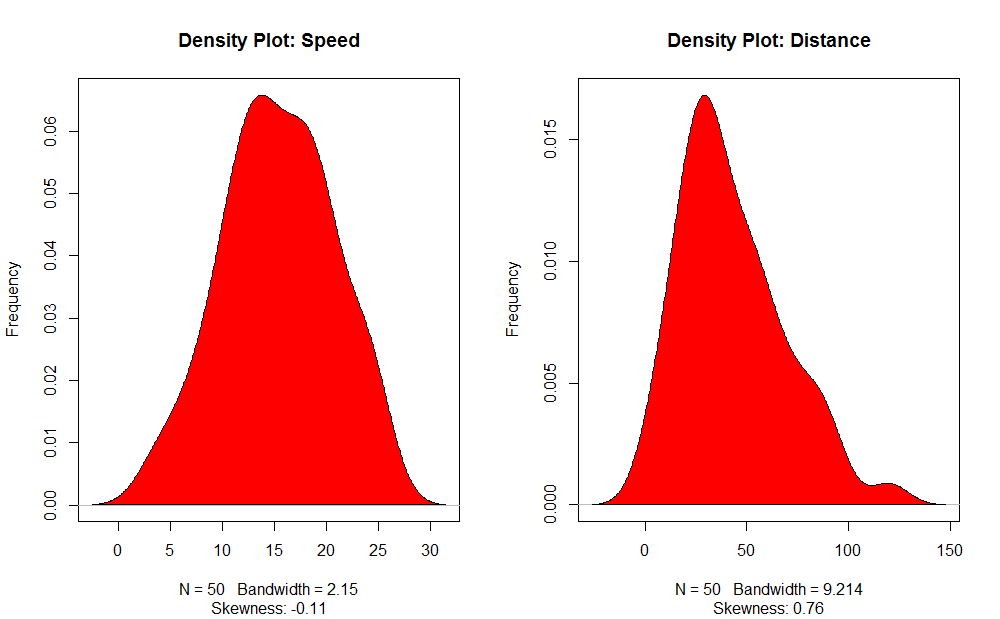 This Analysis helps us to find the relationship between the variables. There are mainly six types of correlation analysis.

Here we have a strong positive correlation between Speed and Distance, which means they have a direct relationship among them.

This is the core component of the analysis, earlier we were just trying and testing things whether the dataset we have is logical enough to run such analysis or not. The function we are planning to use is lm(). This function contains two elements which are Formula and Data. Before assigning that which variable is dependent or independent we have to be very sure about that because our whole formula depends on that.

As we can recall from the above segment of the article the equation of linear regression is:

Now we will fit in the information which we got from the above code in this equation. 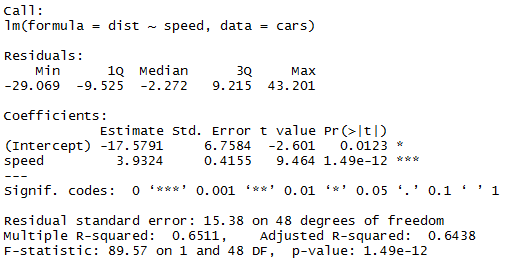 There are multiple ways of checking the statistic significant of a model, here we are using the P-value method. We can consider a model statistically fit when the P-value is less than the pre-determined statistical significant level, which is ideally 0.05. We can see in our table of summary(linear_regression) that P-value is below 0.05 level, so we can conclude that our model is statistically significant. Once we are sure about our model, we can use our dataset to predict things.