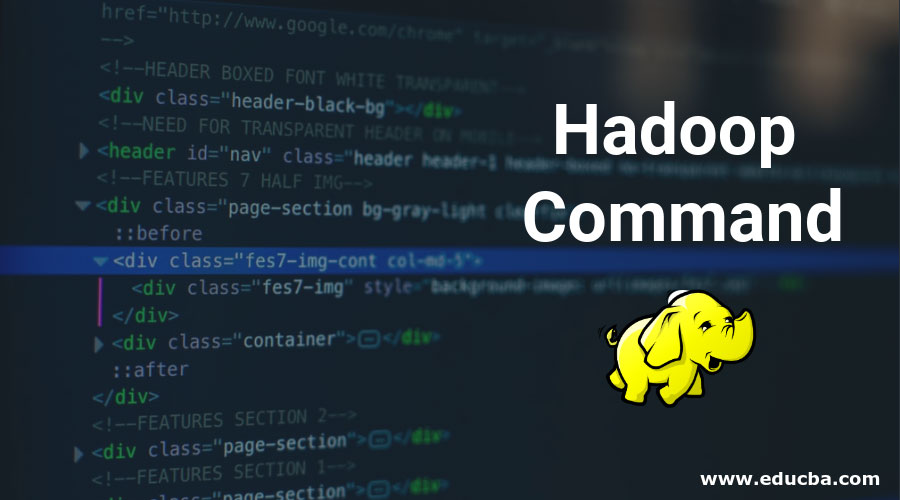 Hadoop commands are mainly used to execute several operations. HDFS operations and supervise the file available in the HDFS cluster. Hadoop HDFS is a distributed file system that provides redundant storage for large-sized files to be stored. It is used to store petabyte files in the terabyte range. HDFS is the primary or main component of this ecosystem that is responsible for storing large data sets of structured or unstructured data across various nodes and thus maintaining the metadata in the form of log files. All the commands are executed by the bin shell scripts.

Here we discussed various HDFS commands which are used for HDFS File Operations.

That command is used to check the Hadoop version.

This Hadoop Command is used to displays the list of the contents of a particular directory given by the user. It also contents name, permission, size and owner and last edit date.

This Hadoop Command is used to copies the content from the local file system to the other location within DFS.

This Hadoop command is the same as put command but here one difference is here like in case this command source directory is restricted to local file reference.

This Hadoop Command fetches all files that match the src dir which is entered by the user in HDFS and generates a copy of them in the local file system.

This Hadoop Command is using the same as getting command but one difference is that in this the destination is limited to a local file path.

This Hadoop Command displays the content of the file name on the console.

This Hadoop Command moves the file and directory one location to another location within hdfs.

This Hadoop command copies the file and directory one location to other locations within hdfs.

This Hadoop command runs as -get commands but one difference is that when the copy operation is a success then delete the file from HDFS location.

This Hadoop Command displays 1 KB content on the console of the file.

It removes files and directory from the specified path.

This is used to empty the trash.

It used to change the owner of files. We can also use it by -R for recursively.

This is used to change the group of files. We can also use it by -R for recursively.

This displays disk usage for all files available in the present directory with the path given by the user and prints information in bytes format.

This is used to create a file with a path and includes current time as timestamp and is also the path is exiting if exits then fail to create process.

It appends one and multiple sources from the local file system to the destination.

This is used to counts the number of directories and files.

It returns checksum information of a particular file.

This is a guide to Hadoop Commands. Here we discuss the Introduction, The various HDFS Commands in Hadoop to learn. You can also go through our other suggested articles to learn more–