WHO Command in Unix 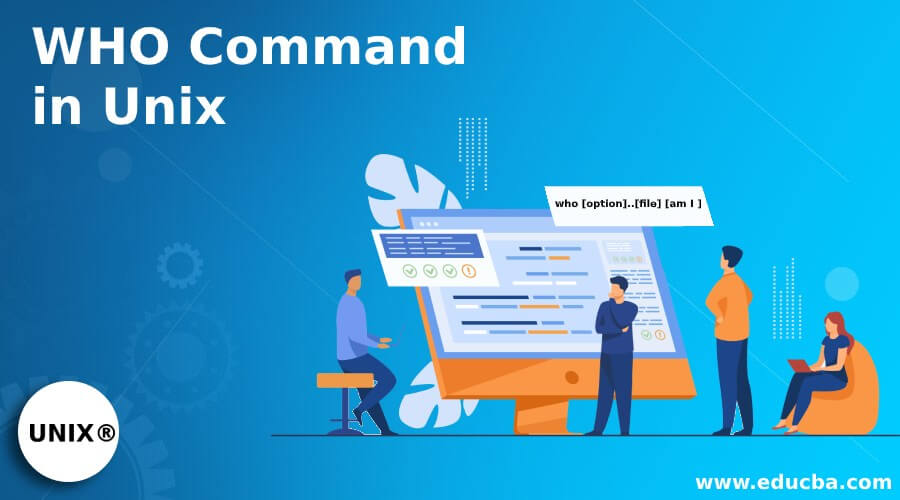 Definition of WHO Command in Unix

In Unix, “who” command allows to show or print the number of users who has been logged into your Unix computer system currently. The main usage of who command in Unix without command-line parameter is to show the name of the users who are logged in currently. Also, based on the Unix system, we can also get the information to print the terminal and time at which they have logged in. The who command is used to print the information about all the users who are currently logged in.

Who command in Unix is used to determine the below information:

How does WHO Command Work in Unix?

Description: Provides the information of the users who has been logged in currently. Below are a few options and its description that are available with ‘who’ command-line. 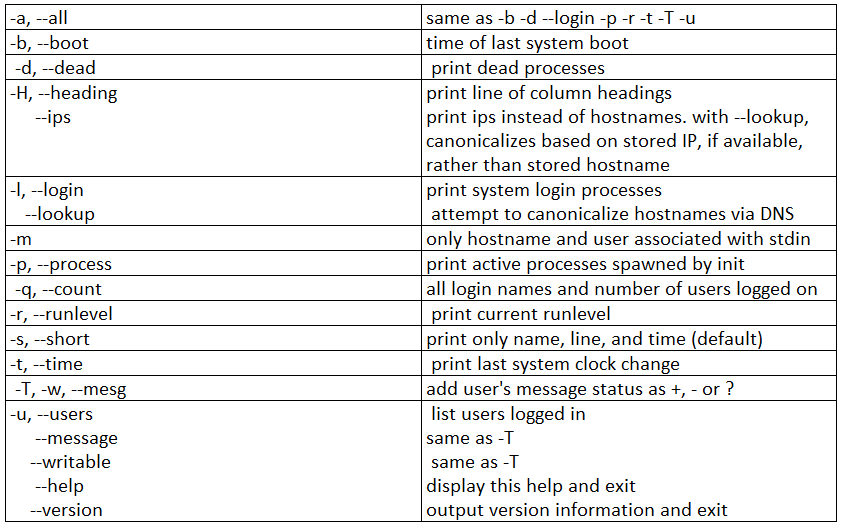 The syntax of who command in Unix is given as below:

Examples of WHO Command in Unix

Who command without any input arguments, will display system’s information like user name, login time, terminal of user, and also the host name on the system.

The above example gives the below information regarding the user:

This option -H, is used to display the headings of the columns that were displayed in who command.

This option will allow to display the login names and total number of users logged on the system.

To display only the hostname and user linked with stdin, we can use option -m as shown below.

We can see the user and time at which the system was last booted. When -b option is used with option -c, it will allow for listing of users logged in the output.

To check the current processing run-level, we can use -r option as below.

This option will help to determine the dead processes in the system.

To check all active processes that are INIT spawned processing.

We can display the current system’s username who has logged into by the following syntax.

To print all the information regarding the current logged user.

‘w’ command gives us more additional information regarding the current logged user. Username, current login time, number of idle days of the users, etc. example of this option is given below:

This is a guide to WHO Command in Unix. Here we also discuss the definition and how does who command works in unix along with different examples and its code implementation. You may also have a look at the following articles to learn more –