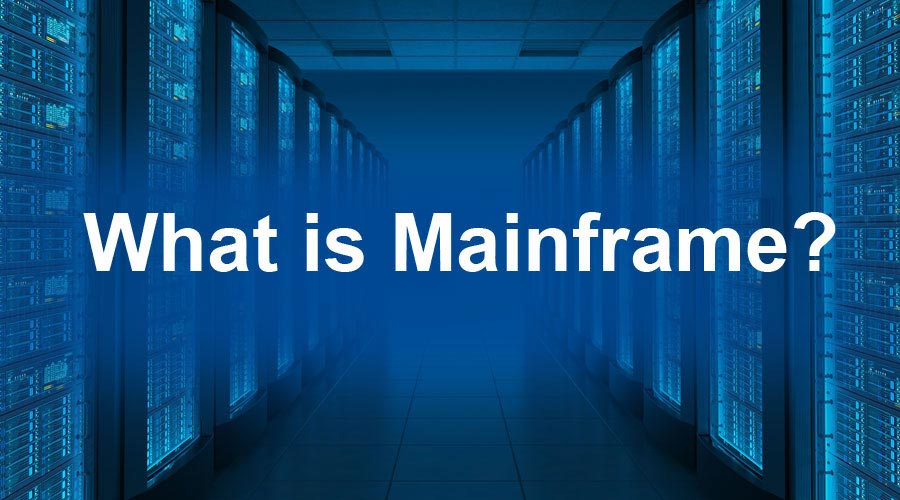 Mainframes are one among the most legacy systems started almost in the 1940s. The major vendors of mainframe systems are IBM, Amdahl, and Hitachi. A couple of mainframe technologies are considered to be obsolete.

Mainframe computers act as a key entity across fortune 1000 companies. Even another format of technologies plays decent role mainframe systems hold a stable position for themselves in the current e-business environment. Mainframes spread its arms in the following fields,

When it comes to handling large volume mainframes are very much preferable than supercomputers. Usually floating point operation such as subtraction, addition and multiplication can be excelled using supercomputers setup. In the consideration of stability, security and compatibility mainframe computers definitely play a great role. Even now the latest version can handle extremely high customer loads and also run applications that are formulated and built a decade ago.

The major components of mainframe environments are below,

Job Control language is the expansion for JCL, Processing data in batches is the key principle behind JCL. JCL is an authoritative and stretchy language that facilitate in operating and customizing remote resources for the computers.

In the 1950s, Utilized majorly for data processing in business sectors as a high-level language.US Department of Defence assemble a discussion in 1958 May and the new language was designed by three major groups. Cobol was the name associated to it which expands as (COmmon Business Oriented Language) in 1959 Sep. May 1961 was the date when COBOL was officially announced. When it comes to the compiler perspective it was designed initially in 1962 users started Cobol programs. At 1965 the superior version released. The standard version of a language, approved by ANSI (American National Standards Institute) was introduced in Aug 1968. Next revised official standard was introduced in 1974 and is known as ANSI-74 Cobol or Cobol-74.

What Mainframe can Do?

An audience for Mainframe

Definitely, this is one among the most versatile and stable systems over a decade. We could confidently put a statement mainframe will hold its position for any period of time. Security over the substances which mainframe handles is also a key reason for the position which mainframe holds. Availing a solution for almost all requirements in the market, a mainframe is hardly non-replaceable.

This has been a guide to What is Mainframe. Here we discussed the Understanding, Career growth, Skills, and Advantages of the mainframe. You can also go through our other suggested articles to learn more –