What is Head in Git? 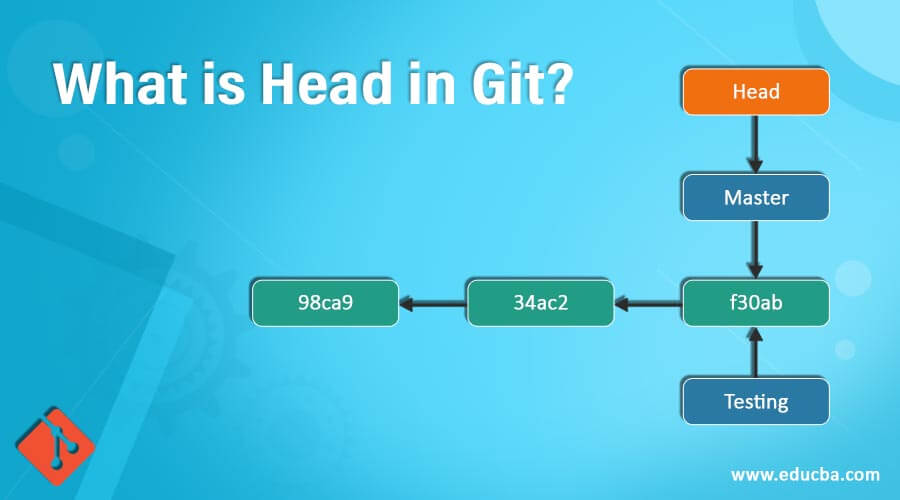 What is Head in Git?

Sometimes, you see the Git documentation referring to something called HEAD. For example, The branch should be completely integrated in HEAD. But what exactly is Git HEAD? In this article, we’ll get to know more about Git HEAD but before that let’s just summarize what Git is and what its used for. Git is a tool for distributed control not only used by product managers and developers but also data scientists to manage the source code development of the program and its history.

HEAD points to the starting point of the present branch in the repository at all times. It can be thought of as the last state or the last checked out point in a repository. In other words, the HEAD is a pointer to the next commits’ parent or where the next commit is going to happen as that’s where the repo left off.

A good analogy would be a record player and the playback and record keys on it as the HEAD. As the audio starts recording, the tape moves ahead moving past the head by recording onto it. Stop button stops the recording while still pointing to the point it last recorded and the point that record head stopped is where it will continue to record again when Record is pressed again. If we move around, the head pointer moves to different places, however, when Record is pressed again starts recording from the point the head was pointing to when Record was pressed.

In Git, you can use the command below to see what the HEAD pointer points.

Whenever we make a new commit like shown below, it gets added before the current HEAD which makes Git automatically points the HEAD to the new commit.

It is plausible for HEAD to point to a specific change that has not been linked to a branch name yet. This is the situation which is called a detached HEAD and it happens when someone checks out something other than a (local) branch, say a specific commit, a remote branch, or a tag. Detached HEAD, therefore, can be used to checkout a commit that isn’t pointing to the starting point of any existing branch, or to create a brand new commit which isn’t necessarily referenced by a known branch.

Note: that no matter whichever checkout command is used, HEAD will now refer to commit b. This status of b is called as detached HEAD state.

Let’s look at the examples below to see what happens when a commit is created:

First a new branch named foo is created, which is referred to commit f which in turn updates the HEAD to point to branch foo. This means that it will not be in a detached HEAD state any longer.

This creates a new branch named foo, that is referred to commit f, but the HEAD is left detached.

This too creates a new tag named foo, which is referred to commit f, but the HEAD is left detached.

Suppose, you changed to a position other than commit f, then the object name must be recovered first (typically done by using the git reflog command), and after that, a reference is created to it.

To find out the last two commits HEAD referred to, use either of the below commands:

There is one more kind of HEAD that you need to know about. The commands “merge” or “pull” always left the original tip of the current branch in something called ORIG_HEAD. It can be used using the following commands:

Using this, reset hard brings the index file along with the working tree back to its original state, while resetting the tip of the branch to that commit, but it discards the local changes.

If you face any problem with multiple commits, ORIG_HEAD is set to the starting point of the current branch before applying any patches as an error in the commits can be more easily fixed this way.

Git has many uses and is extensively used by developers, product managers, and data scientists. Its commands are very effective and can be very useful. HEAD is a reference to the last commit in the currently checked-out branch.

This is a guide to What is Head in Git?. Here we discuss the HEAD Pointer in Git which includes Detached HEAD and ORIG_HEAD along with Advantages of Git HEAD. You may also look at the following articles to learn more –