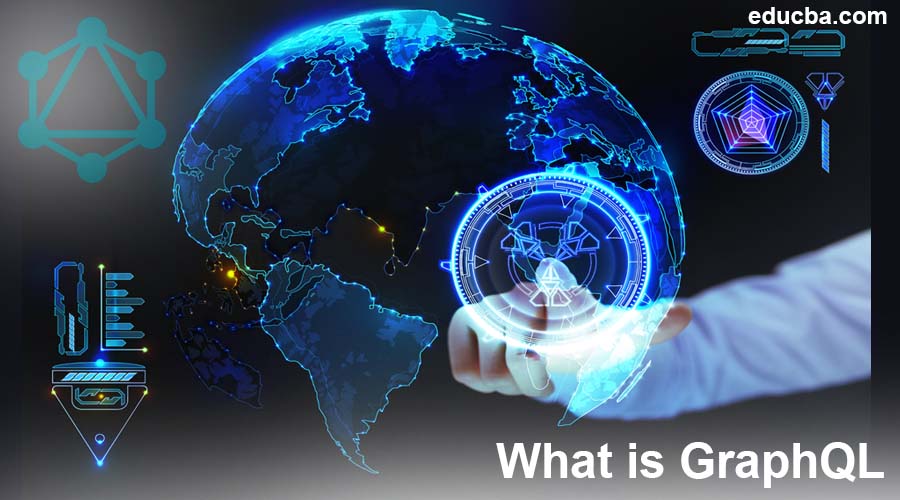 GraphQL is a very powerful query language used to communicate data between a client, the browser, a server and it allow us to structure data-driven applications in a much more flexible and efficient way than a restful approach would. So imagine that we created some kind of a restful API for a website which displays books and authors. Now to retrieve information about a particular book and display that information on the web page we would probably make an AJAX request to an endpoint. This would bring back some information like the title, genre, review, etc.

GraphQL is a server-side open source technology developed by Facebook in order to optimize RESTful API calls. It is a data query language and an execution engine.

The schemas in GraphQL can be written in GraphQL Schema Definition Language or SDL. SDL is easy to understand and simple to learn. The schemas in It are strongly typed which are helpful for developers in ways which were not possible to benefit from the APIs without schemas.

Not just that, GraphQL schema is the support system of GraphQL API. The schema explains the possible outputs or responses to the arguments inputted. GraphQL schema well defines the operations supported as well as the capabilities of an API without fail.

How does GraphQL make working so easy?

It reduces the data amount that is transferred across the wire and by being choiceful about the data depending upon whatever client’s needs are. Therefore, the mobile client fetches less information as it is needed on a smaller screen. Biggest problems with most of the APIs today is that they’re deficient of strong contracts for what their operations should look like. Developers have found themselves in situations where they are expected to work with deprecated and deficient API documentation that lacks proper ways of knowing what all operations are supported by API and how to use them. GraphQL, on the other hand, has proper documentation.

What can you do with GraphQL?

The structure of GraphQL servers is such that it makes possible to declaratively fetch data. It makes it easier to gather the required data with only one request.

For example, Let’s imagine a situation where a person requests details of a particular singer, like name, tracks and so on. For traditional REST pattern, this would need a minimum of two requests to two endpoints that is, /artists and /tracks. But, if we use it, all the data can be defined with just one GraphQL query to request for multiple resources.

It has made frontend developers’ lives easy. All the credits go to GraphQL client libraries like Apollo or Urql. Frontend developers are getting various features like caching or optimistic UI updates for absolutely free with fields that might be having entire teams just dedicated to working on them if GraphQL wasn’t there. With the help of GraphQL, it is now possible to completely redesign the UI of an app without even touching the backend.

It is now only a tremendous leap ahead of REST API design. GraphQL directly models all sort of data traversals that a client needs to perform in order to do its job. It is expected there would be a significant refinement within this space over the next couple of years.

Why do we need it and Why should we use GraphQL?

If you are a front-end developer, you most probably won’t be working with the schema, but it will serve as an important document that allows you to know what all queries you can make.

If you compare that to other API standards, like Swagger for REST APIs, you have to trust that whoever wrote documentation wrote it really well, with all edge cases documented. Swagger doesn’t enforce type checking for different fields, so you can have a valid Swagger YAML file that is now also really difficult to navigate.

Any valid GraphQL schema in itself will be greatly helpful for anyone to know what all sorts of data they’re dealing with, and that too even if it isn’t properly documented.

Who is the right audience for learning GraphQL technologies?

GraphQL is available for a large audience. They include the client-side and server-side since they provide a large ecosystem of libraries for both sides.

It would be really thankful for all developer, be it the ones with a good grasp over React, Angular or Android, to learn about GraphQL and to steadily start using it. There are various communities that are extending support to beginners who are using GraphQL such as Slack channel, Apollo and GraphQL GitHub organization.

Make sure to visit their portals for support content and latest updates.

Varied companies are now switching to GraphQL because they understand their future prospects and significance.

With these discussions, we can conclude that It is an exciting technology, but it is mandatory to understand the tradeoffs before making important architectural decisions. APIs such as those with few entities and relationships across entities are not really suited for GraphQL. But, applications with varied domain objects like e-commerce applications where you have many entities may be suited for it much more. It is a really powerful tool, with many reasons to choose it in your projects but anyways you don’t have to forget that most important, is choosing whichever tool is right for your project.

This has been a guide to What is GraphQL. Here we discuss the working, required skills, scope, career growth and advantages of GraphQL. You can also go through our other suggested articles to learn more –