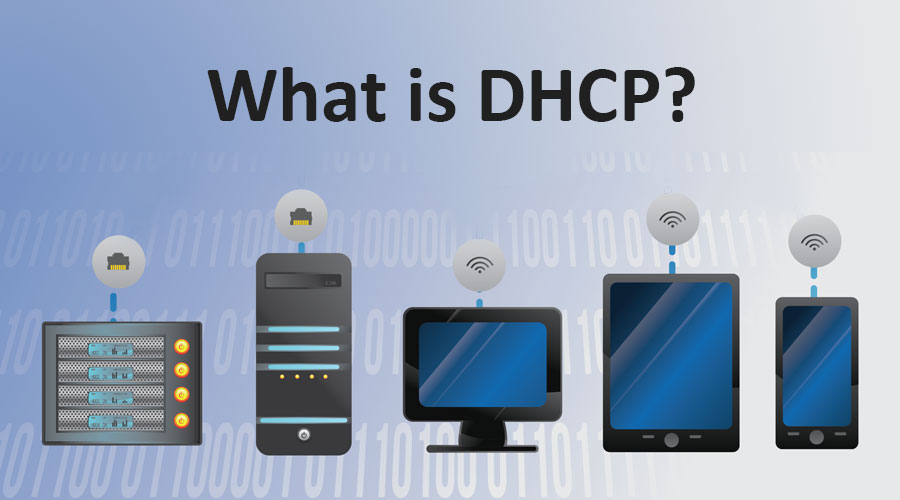 DHCP stands for Dynamic Host Configuration Protocol. It is a network management protocol present in the application layer. With its help, an Internet Protocol IP address can be assigned to any device or node on a network dynamically so that they can communicate using this IP. Network administrators’ task is to a lot of IP addresses manually to all the devices in the network. However, in this, the task is automated and managed centrally rather than manually. Both the small local networks and the large enterprise networks implement it. The basic goal of it is to assign a unique IP address to hosts. It also provides other network addresses such as –

It comes in two different ways, i.e it comes as a client and as a server.

It is an extended version of BOOTP, more popularly known as Bootstrap Protocol, a network IP management protocol from 1985. The DHCP servers are capable enough to handle requests from the BOOTP clients if these clients are present in a network. Not only this, the DHCP is more advanced when compared to BOOTP.

How does it work?

A very brief summary of what happens in the process is –

Let us now look at this process in more detail. The steps mentioned below gives an in-depth view of it –

Although the steps mentioned seem to be very time-consuming, these happen so quickly practically then one would not even realize. There is, of course, no need to have technical details of the process, and you can still get an IP address from the DHCP server just by reading.

A DHCP server has a pool of addresses for a device to get a valid network connection. It basically gives the scope, or range, of IP addresses within which the devices receive there address.

The second reason for the usefulness of DHCP is that many devices can connect to a network for a specified period of time, even without the need for any pool of available addresses. For example, consider 20 addresses defined by the DHCP server; 40, 80, 100 (or even more) devices can connect to the network as long as not more than 20 are using one of the available IP address simultaneously.

Advantages and Disadvantages of DHCP

Following below are some of the advantages and disadvantages given.

It has many benefits because of which it is very popular. A few of the advantages of using it are mentioned below:

Just like every coin has its pros and cons, there are disadvantages of using DHCP, which are mentioned below:

The Dynamic Host Configuration Protocol is a crucial and critical network service that is a must-have as using It will help you as a System Administrator or a Network Administrator to deal with the clients by assigning tracking and re-assigning IP. Leaving the management besides, in case of any problems, you just need to stay connected to your server and to verify the settings rather than running between your clients.

This has been a guide to What is DHCP?. Here we have discussed the understanding of DHCP, how it works, along with the Advantages and Disadvantages. You may also have a look at the following articles to learn more –