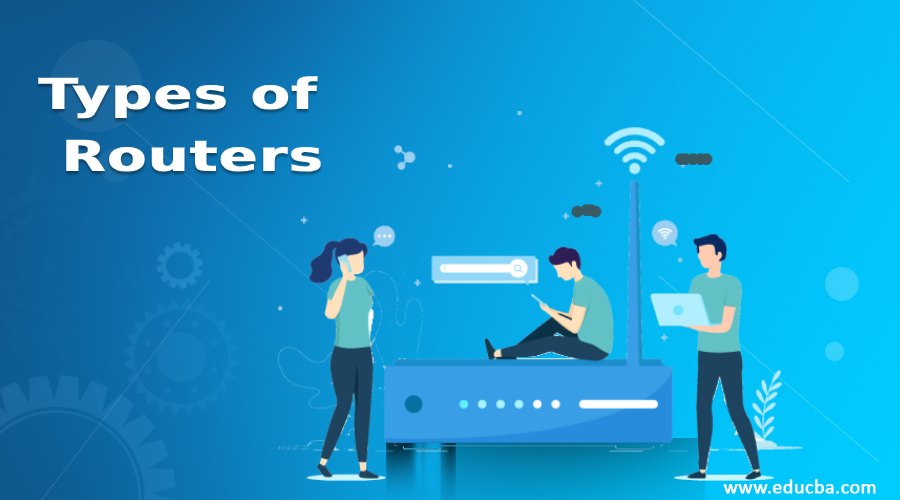 Introduction to Types of Routers

A router is a networking device used to receive the data packets from one connected network and send those data packets to a second connected network. A router is connected to the similar as well as dissimilar WAN or LAN devices. It operates on the network layer of the OSI model with the help of network layer, physical layer, and data link layer which provides addressing, connectivity, and switching. Routers also allow encapsulation and packet filtering like bridges. Data packets transmitted by routers include a destination address, least-cost route, packet priority level, as well as minimum route distance. Routers monitor these aspects of the network, and changes in the condition of the network constantly.

There are various types of routers which are given as follows: 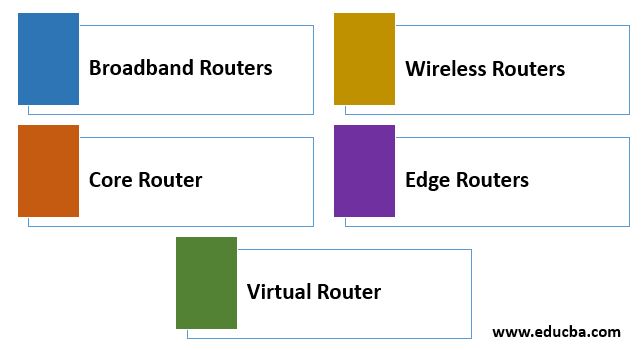 Broadband routers are built for ease of installing home networks, especially for households with high-speed Internet service. In addition to allowing all consumer appliances devices to share an internet connection, broadband routers often allow data, printers as well as other electronic devices to be shared between home computers and other devices.
using Voice over IP technology (VOIP) broadband router also provides a connection to the internet. There is a special type of modems such as ADSL which can connect to Ethernet and phone jacks. This router uses stateful packet inspection (SPI) firewalls and the Dynamic Host Configuration Protocol (DHCP). for security, and provides communication between computers within a network.

A wireless router is also known as a WLAN (wireless local area network) device. This wireless Network established is termed a Wi-Fi network. Wireless routers are used in homes. that Internet service providers (ISP) use routers to connect to xDSL or network Internet cable. Wi-Fi router integrates a wireless access point’s networking functions with a router. A router connects the local networks to other Internet or local networks. It converts the data packets which is written in a series of 1s and 0s of binary code or into radio signals, then the antennae broadcast signals. Wirelessly. A wireless access point links computers wirelessly to the network using radio frequencies which creates wireless signals in the frequency bands 900 MHz and 2,4, 3,6, 5, and 60 GHz. The wireless routers are based on standard IEEE 802.11ac Wave 2, also shortened to Wave 2. Wireless routers must be secured with Login ID and password. Also, IP addresses must be hidden for more network security. wireless media access control (MAC) address filtering and Wi-Fi Protected Access (WPA) security are also used to protect Wireless routers.

This router is placed at the edge of an ISP network, which is configured to an external protocol like BGP (Border Gateway Protocol) to another ISP or BGP. These routers help to Grow resiliency and density by providing programmability for a scalable network edge.

Virtual routers provide Computer sharing network by default. Virtual routers provide multitenant network services for private, public, as well as provider-hosted clouds. It works as per the redundancy protocol for the virtual router (VRRP), it becomes active when the main or primary router is disabled. It takes a group of multiple routers to share a virtual IP address. In this, each group has a master that handles IP packets. If packets from the master fail to forward, then other routers take a position.
Virtual routers help to Increase productivity by providing visibility, real-time analytics, and optimization control on cloud and other devices. There are many best virtual routers available that provide strong encryption methods, Highly secure authentication, as well as segmentation to secure data, and applications from the WAN edge to the cloud.

In this article, we have seen what is the router for transferring and monitoring internet data packets within the network. It is the best alternative for hubs or switch as it has network functionalities. We have also seen types of the router such as Wireless, Broadband, Core, Edge, and Virtual with their functionalities. You can choose a router based on your requirements. I hope you will find this article helpful.

This is a guide to Types of Routers. Here we discuss What is of Routers? and the Top 5 Types of Routers like Broadband Routers, Wireless Routers, Core Router, Edge Routers, etc. You can also go through our other suggested articles to learn more –