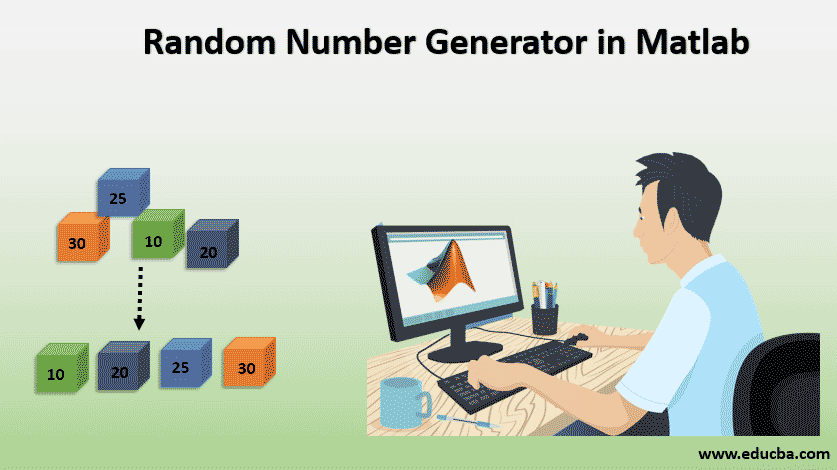 What is a Random Number Generator?

Before understanding the Random Number Generator in Matlab let us first study what is Random number Generator. Random Number Generator is the creation of random numbers without any decision or noticeable patterns among them. There are various ways of generating random numbers in MATLAB with different applications. It is used in many programming languages for the generation of random values within the specified range. There are different functions that are used as per the language. They are mainly used in the computer science field, research, and statistical related work.

In MATLAB,  pseudo-random numbers are generated using various functions like rand, randi, and randn. Each function serves a different purpose in MATLAB as listed below:

rand,randn,randi, and randperm are mainly used to create arrays of random values.

Below are the function serves a different purpose in MATLAB as listed below:

rand function is used when the distribution is uniform and always generate real numbers between 0 and 1. It is denoted by function rand().

This function returns double integers which are drawn from the distribution which is discrete and uniform. It is denoted using randi()

There are also various functions used to control the generation of random numbers. Please find the below for your reference:

Random Number Generation has many applications in real life in a very practical way. They are mainly used for authentication or security purposes. Various slot machines, meteorology, and research analysis follow a random number generator approach to generate outcomes of various experiments. So, knowing the background of the generation of random numbers practically is important to understand the applications of it in a better way.