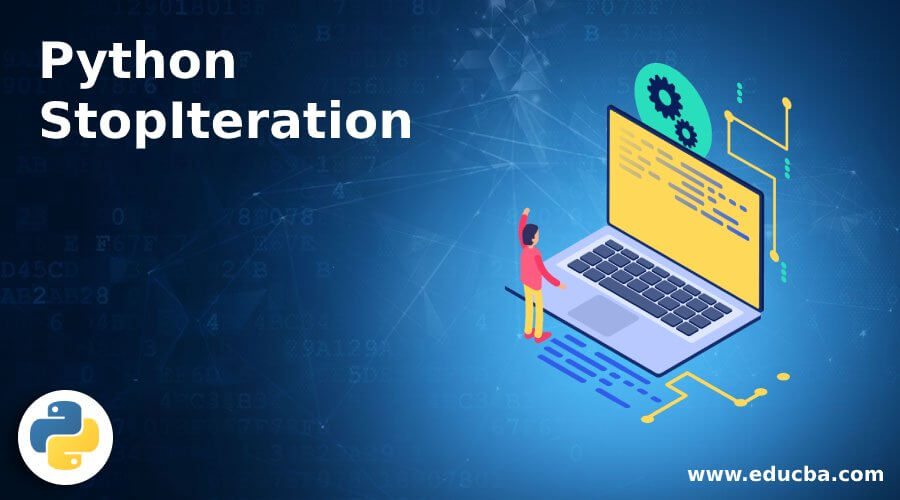 The following article provides an outline for Python StopIteration. As we are well aware of the topic ‘iterator’ and ‘iterable’ in Python. The basic idea of what the ‘iterator’ is? Iterator is basically an object that holds a value (generally a countable number) which is iterated upon. Iterator in Python uses the __next__() method in order to traverse to the next value. In order to tell that there are no more values that need to be traversed by the __next__() method, a StopIteration statement is used. Programmers usually write a terminating condition inside __next__() method in order to stop it after the specified condition is reached.

When the specified number of iterations are done, StopIteration is raised by the next method in case of iterators and generators (works similar to iterators except it generates a sequence of values at a time instead of a single value). If we go in deep understanding of Python, the situation of raising ‘StopIteration’ is not considered as an error. It is considered an Exception and can be handled easily by catching that exception similar to other exceptions in Python.

General syntax of using StopIteration in if and else of next() method is as follows:

How StopIteration works in Python?

StopIteration stops the iterations after the maximum limit is reached or it discontinues moving the loop forever.

Key points that needs to be keep in mind to know the working of StopIteration in Python are as follows:

Stop the printing of numbers after 20 or printing numbers incrementing by 2 till 20 in the case of Iterators.

Finding the cubes of number and stop executing once the value becomes equal to the value passed using StopIteration in the case of generators.

How to Avoid StopIteration Exception in Python?

As discussed above in the article it must be clear to you what is the StopIteration exception and in which condition it is raised in Python. StopIteration exception could be an issue to deal with for the new programmers as it can be raised in many situations. But proper understanding of its scenarios in which it could be raised and techniques to avoid it can help them to program better.

This is a guide to Python StopIteration. Here we discuss how StopIteration works in python and how to avoid StopIteration exception with programming examples. You may also have a look at the following articles to learn more –