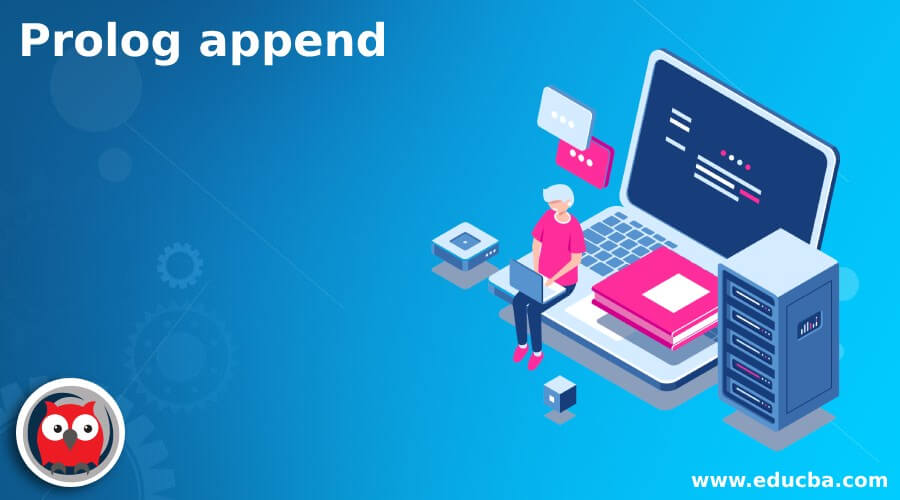 Prolog append is defined as the operation which adds items of one list into another by using prolog programming language, it is a basic operation on prolog. prolog is a logical and declarative programming language, it is an important predicate in prolog which is defined by append/3(List3 to the result of appending List2 to List1)whose arguments are all lists. the lists in append have declared as ‘append(L1, L2, L3)’ it happens when the List L3 is the result of concatenating the lists L1 and L2 together, it is also true that appending the empty list to any list whatever yields that the same list.

Above is the declarative syntax for append in prolog, after performing operations on that the results will be in the format of ‘append (L1, L2, L3)’, in which it holds L3 is the resulting list which is get by concatenating L1 and L2 together, where the list is the combination of items and append is the relation between the lists, the list is either empty or it is a combined with head and tails, the empty list is represented by [].

How does append work in Prolog?

The append works on the list in prolog, which means that append working on combining two lists or joining two lists together, for example, if we have two lists and we have to combine that into one list then append has that syntax to join two that lists together, we can also say that append is a relation between lists. Appending two lists together or adding one list as an item. Now if in case the items are already present in the list then append will not work for that we need to create one predicate which name is ‘list_append(L1, L2, L3).’, let us take look into it, let P is an element, L1 is a list then if L1 has P element already in it then L1 will be.

So, now as per the procedural perspective, the append/3 is used to concatenate two lists together, we can do it by using one variable as a third argument, then present the query

Let we will see the defining of append/3 now:

This type of declaration is called a recursive declaration in a prolog, appending any empty list will resulting in a list. First, we have to concatenate a non-empty list [H|T] with list L2, this will end up with the list whose head is H and tail is the result get after concatenating T with L2, for that the input ‘[H| T]+L2’ which will give the result as ‘[H|L3]’.

Now, we will see the details about appending, by using search tree patterns to understand how appending works with non-empty lists and empty lists. Suppose we want append lists [9, 2, 6, 8, 10] and [5, 1, 3]. While appending first it will check that the list in which we are appending is empty.

Note: In this article, we did not use the prefix ‘?-’ while giving input because the compiler which is used here is not allowed to use it.

Here are the following examples mention below

In the above example of by using append, the code has been written, by performing steps append the third list from two lists, where we can say if X=[1, 2], Y=[3, 4, 5], and Z is the joining of X and Y which is the third list.

In the above example, we took an example of the clauses in code format, for that we perform the operation in the format of head and tail, then internally step by step the number can indicate the clause which is used for each time and we gave input to the list so that the resultant list is seen in the screenshot.

This is a guide to Prolog append. Here we discuss How does append work in Prolog and Examples along with the codes and outputs. You may also have a look at the following articles to learn more