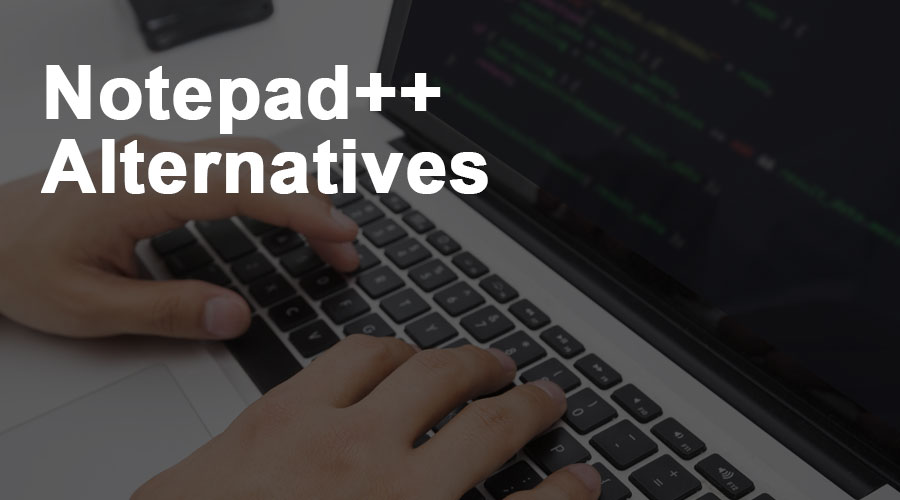 With the advancement of technology, computers have evolved so much. They are used for from basic things like making a note to doing complex things. There are very basic things also which we do like editing text, surfing, etc. One of the most important basic stuff that most people do is editing text. For editing text, we generally used Notepad or more advanced form of notepad which is notepad++. Notepad++ is quite popular now because of its unique features. However, there are different alternatives also present to the notepad++ editor. In this article, we are going to discuss some of the Notepad++ Alternatives.

Notepad++ is an editor that was developed by Don Ho It is a rich text editor with lots of features. One can use Notepad++ from basic text editing to using it for writing programming code. Now, there are lots of more editor which could be used where one is using Notepad++

Let us look at the alternatives of Notepad++ as follows:-

It is a text editor with lots of features. It is a free and open-source editor. One can install it on Mac OS, Windows as well as Linux.
Features of Atom:

Brackets is another type of text editor. Brackets were designed with keeping in view for web designers and front-end developers. This software has unique tools for helping developers. It has features like editing code using some preprocessors. Brackets also have a live preview feature which means developers or designers can view the preview within the editor itself in spite of using a browser.

TextMate is a GUI text editor which is used for general purpose TextMate could be deployed on MacOS. TextMate has lots of features like declarative customization etc.

It could be installed only on MacOS.

It is another editor that is widely used. It could be installed across multiple OS. Like other editors, it supports multiple programming languages. Visual Studio Code is an open-source editor. One can use it without any cost and is highly responsive too. Visual Studio Code has large community support. This large community support of developers provides lots of plugins that could be used for programming language.

TextPad is an editor which is developed by Helios Software Solutions. Basically, it was developed to be used on Microsoft OS. It is paid software and one needs to purchase it.

There are lots of more editors which are present like Vim, PSPad, UltraEdit, etc. One can use any of these editors for their general purpose or for programming also.

This has been a guide to Notepad++ Alternatives. Here we discuss the alternatives of Notepad ++ with its features, pros, and cons respectively. You can also go through our other suggested articles to learn more –