Home » Excel » Blog » Excel Tips » How to Edit Drop Down List in Excel? 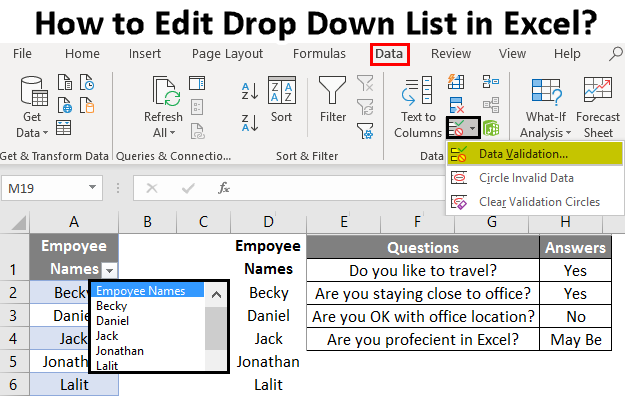 Excel drop down list are very useful to view a large amount of data in a small area. They also allow you to add limitations for users so that they can’t make any additional changes other than recommended. There might be some situations where you, being a source wanted to update the contents of drop-down lists. You may get in trouble if you don’t understand from where Excel gets the values for drop-down list. If you know the source of the Excel list, you can update it and quickly as per requirements. This article focuses mainly on how you can edit/update the Excel drop-down lists using Excel’s Data Validation tools.

A comma-separated drop-down list is the one under which you have defined list variables manually using comma to separate them. Suppose you have some questions to the person who came for an interview in your company, those questions are having polar answers (Yes/NO/May Be). You can see the image below for better generalization.

When we say comma separated values, we mean that these values are manually entered as an input to the drop-down list while creating the same. As you can see in the below image, the values (Yes, No, May Be) are updated manually under source with comma as a separator. 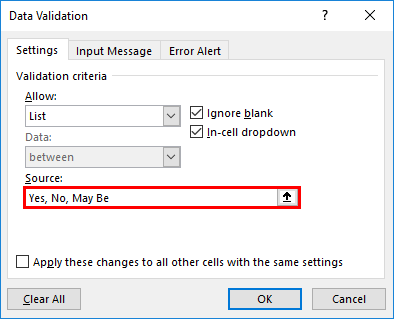 You have preferences noted as below image shows:

Suppose we wanted to change the source value from “May Be” to “Not Sure”. You can do the same by following the below steps: 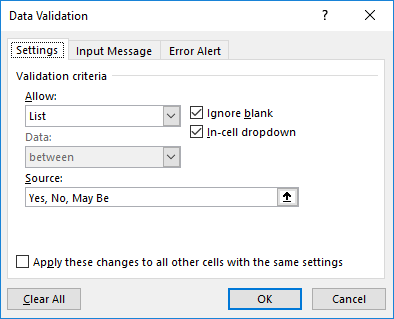 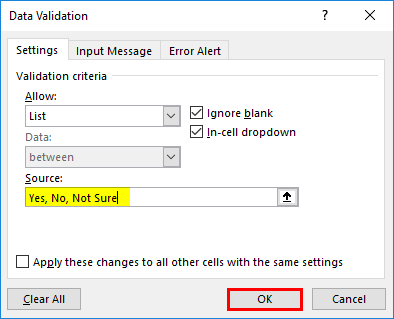 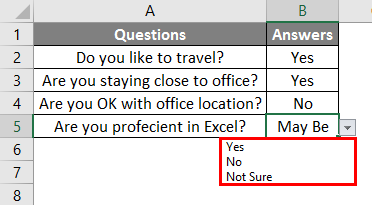 By this way, we can edit the comma-separated drop-down list.

What if, you have created a drop-down list using named ranges? Suppose you have employee names recorded in alphabetical order in one column of excel. The range of Employee Names is named as Employees by you. Now, whenever, you’ll be creating a drop-down list based on this range, you’ll use the range name “Employees” instead of using whole cell references. It makes your life easy. Suppose below is my example of Named Ranges. 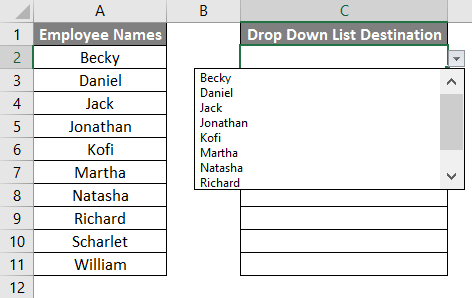 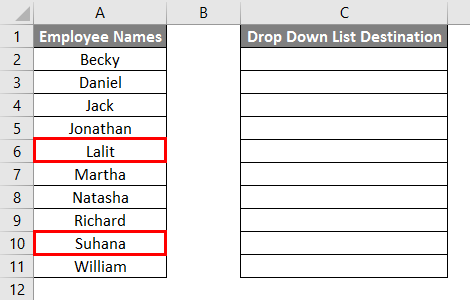 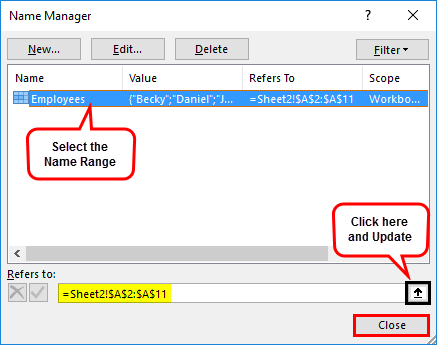 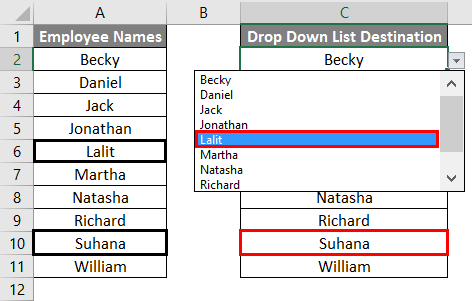 What if the data you are using as a range to create a drop-down list? Is it possible to update/edit such data?

The answer is yes!

However, there is no conventional way to edit the drop-down list based on a Table Range. The reason behind it is, when we use Table as a source/range to a drop-down list, the range gets fixed under Name Manager.

You can’t edit the range there. However, as it is a table, whenever you add entries to the table, the range will be automatically extended to the last row of the table.

In this way, editing drop-down list with the table as a source is more user-friendly to edit. Just add the elements to the table and the range will automatically be updated.

See the example below: 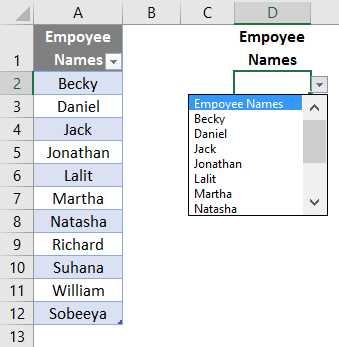 Column A contains a table which has employee names as an input.

See the output below: 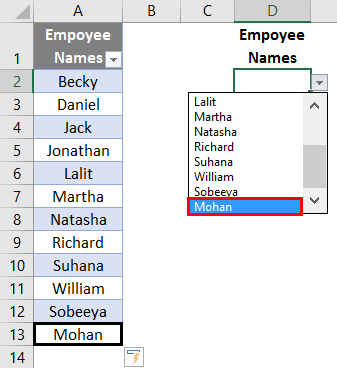 This was it from this article.

Things to Remember About Drop Down List in Excel