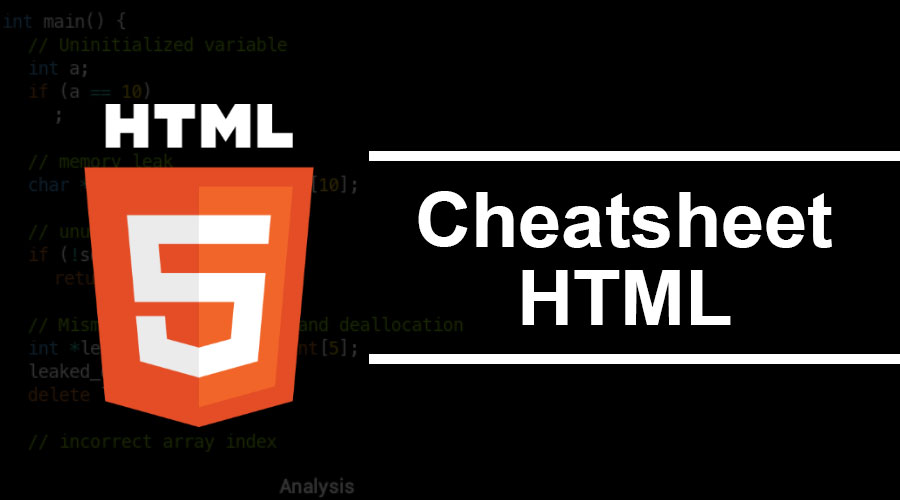 HTML often called as Hypertext Markup Language is a standard markup language used for developing web applications and web pages. HTML was designed and developed by W3C & WHATWG. HTML first appeared in the year 1993 which is 25 years ago. The latest version is HTML 5.x. The file extension will be .html or .htm and was developed by ISO/IEC, W3C, and HTML latest recommendation standards. JavaScript and CSS (Cascading Style Sheets) further make HTML together more powerful in the World Wide Web technologies.

HTML Cheat Sheet is used to develop web pages and HTML latest version 5.x has different features and functionalities in its HTML Elements and Form tags. The other different features are HTML local and session storages in the browser. These features are greatly useful in web pages development along with other technologies such as JavaScript and CSS such that its’ rich internet applications. It will also have Server Event Notifications which is a form of one-way communication. Cheat Sheet HTML will also have different features such as Events, Colors, Attributes, Doctypes, Character Sets, URL Encoding, Language Codes etc., It also contains WebGL (Web Graphics Library) which is a JavaScript API to render and display graphics.