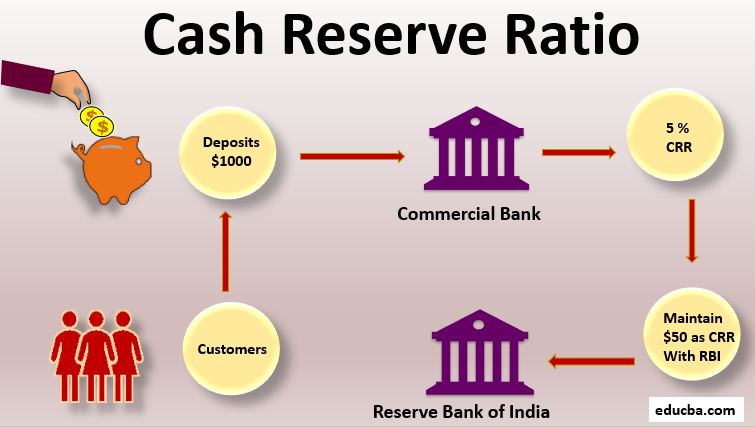 What is Cash Reserve Ratio?

The formula for the cash reserve ratio is fairly simple and it can be derived by dividing the cash reserve that the bank is obligated to maintain with the central bank by the overall bank deposits.

Mathematically, it is represented as:

Let’s take an example to understand the calculation of the Cash Reserve in a better manner.

Let us take the example of an economy where the central bank has decided on a Contractionary Monetary Policy and as such it has raised the cash reserve ratio from 4.5% to 5.5% in order to reduce money in the market. Now as per the new regime, Calculate the additional reserve required by a bank with overall bank deposits of $200 million.

Additional Cash Reserve Requirement is calculated by using the formula given below: 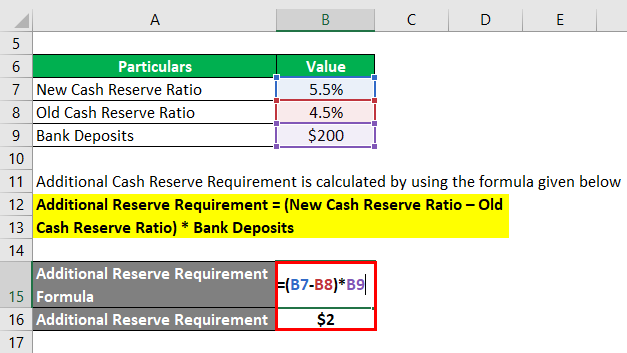 Therefore, in this way the central bank has reduced the money supply to the tune of $2 million in the case of this bank per se. 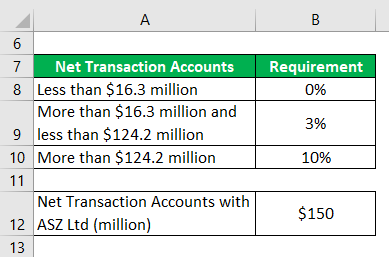 Cash Reserve Requirement for ASZ Ltd is calculated as: 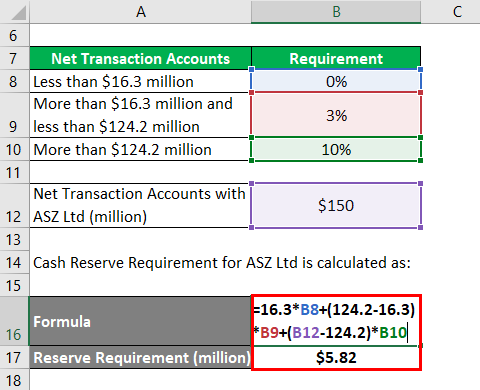 Therefore, ASZ Ltd needs to maintain a cash reserve of $5.82 million with the Federal Reserve according to the new regulations.

Since the bank has the majority of its liabilities in the US, we will consider the reserve requirement of the Federal Reserve for ease of calculation. 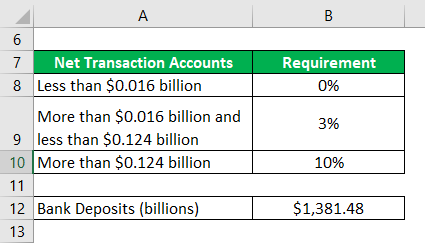 Cash Reserve Requirement of Bank of America is calculated as: 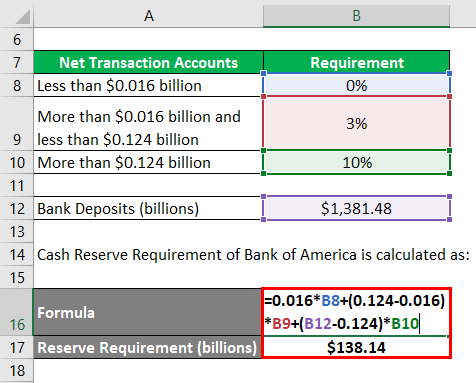 Therefore, for the year 2018, Bank of America is mandated to maintain a cash reserve of $138.14 billion which fairly close to the highlighted value of $148.34 billion maintained under Assets. 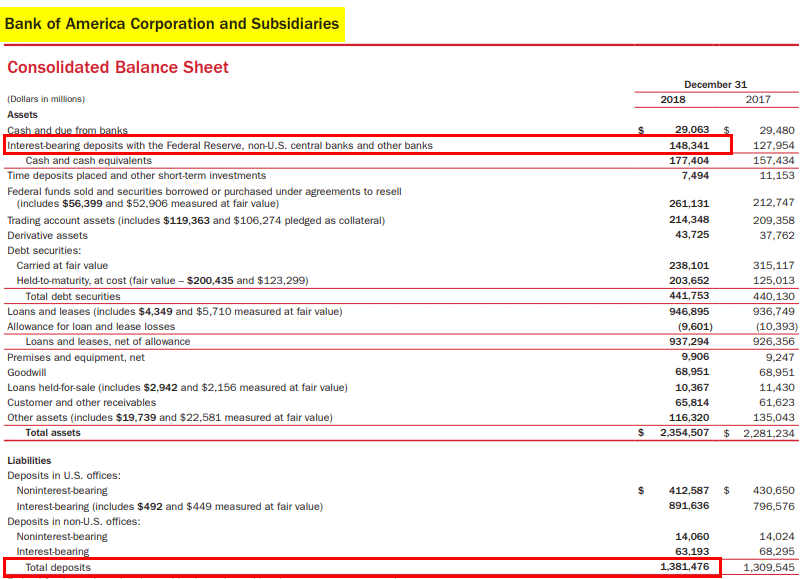 Advantages and disadvantages of CRR are as follows:

So, it can be seen that the cash reserve ratio is a means to manage the liquidity of the commercial banks to maintain a sustainable and smooth banking system in an economy.

This has been a guide to Cash Reserve Ratio. Here we discuss how cash reserve ratio can be calculated with its formula together with examples and a downloadable excel template. You can also go through our other suggested articles to learn more –