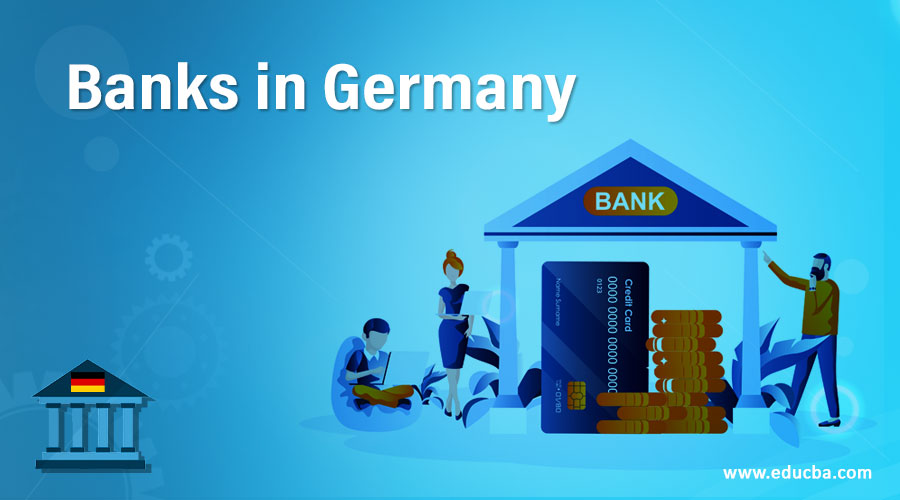 Overview of Banks in Germany

Germany has built a solid operating banking system and it is also one of the stable banking systems in the world due to its resilient economy complemented with low unemployment, which has aided the banks operating in Germany to maintain its solid financial health and financial fundamentals.

However, there is a big challenge for the entire banking system of German which needs to deal with is continuous pressure upon to reduce the high-cost base by earning more.

Germany has several banks which are more in number as compared to any European country. There are approximately more than 1,800 banks in Germany. Banks operating in Germany can be sub-divided into 3 major categories –

Deutsche Bank was incorporated in 1870 and is one of the largest banks operating in Germany. The bank headquarters is situated in Frankfurt. The Bank provides services like origination of debt and equity, investment banking, M&A, trading, risk management, and research. It has handled around €1.47 trillion of the total assets. Deutsche Bank had generated revenue around €24.79bn in the year 2018. In the same year, the net income of Deutsche Bank was around €0.267bn. It employs around 100,000+ employees.

DZ Bank Group is the 2nd largest bank in terms of asset controlling and was founded in 2001. The bank headquarters is situated in Frankfurt. In the year 2016, this bank was merged with WGZ bank. It has handled around more than €506 billion of the total assets. It employs around 29,300+ employees.

KfW Bankgruppe was founded in 1948 and is the 3rd largest bank in this list by assets and this bank is now renowned as KfW” from “KfW Bankgruppe. The headquarter of VP bank is situated in Frankfurt. Bank offers services such as financial aids for projects by German and European companies, financing for investments, and for social initiatives and economic activities in the developing nation, along with advisory services. KfW Bankgruppe had generated revenue of around €2,579 million in 2017. Approximately more than 5,900 employees work here.

Commerzbank was first incorporated in 1870 and is the 4th largest bank in terms of asset control. The bank headquarters is in Frankfurt. Commerzbank offers commercial and retail financing services, asset management, investment banking services, and private banking services. The bank reports €493.20 billion in assets and €751 million net income for the half year of 2018. 49,000+ employees work here.

HypoVereinsbank (UniCredit Bank AG) was incorporated in the year 1998 and this bank ranks at number 5 in terms of assets controlling and is also subsidiaries of UniCredit. The headquarter of VP bank is situated in Munich. The Bank has handled around more than €294.39 billion of the total assets. More than 85,000 employees work here.

Landesbank Baden-Wurttemberg which was established in 1999 and stands at number 6 in terms of asset control. The bank is headquartered in Stuttgart. Landesbank Baden-Wurttemberg provides services to private customers, corporate customers, and services such as for capital markets and real estate financing.  It has handled around €237.70 billion of the total assets in the year 2017 and net profit €419 million for the same period. It employs more than 10,840 people.

Bayerische Landesbank (BayernLB) was incorporated in 1884. The headquarter of this bank is in Munchen. This bank comes at number 7 in terms of total assets acquired. The bank majorly focuses on private services to Mittelstand companies and large corporations, financial institutions, real estate customers, asset management customers, and the public sector in the United States and Europe. It employs more than 7,000 people. Total assets reported as for 2017 were €214.52 billion, net income €679 million.

Norddeutsche Landesbank (Nord/LB) Asia has established its operations in 1970 in Germany and it’s headquartered is in Hanover and this bank ranks at number 8 in terms of total assets controlled. Services are offered to corporate, private, public sector clients, and institutional clients in Germany and many other countries. 6,400+ employees are employed by this bank. The bank reports €921 million for the half year 2018 in terms of Net interest income and total assets €154.85 billion in assets.

This is the 9th position bank in terms of asset controlled and was founded in 1953. It is a head-quarter located in Frankfurt and Erfurt. Landesbank Hessen-Thuringen (Helaba) offers services to companies, institutional investors, banks, and other public sector banks. This bank also acts as a central clearing institution and in Germany only, it provides services around forty percent of the savings banks. It has handled around €166.87 billion of the total assets. It employs more than 6,150+ people.

NRW.Bank is state development bank and this bank stands at number 10 in this list which was founded in 2002 and it has headquarter located in Dusseldorf and Munster. Bank offers low-interest promotion loans, along with advisory services and equity financing. For 2017 net profit stood above €10.21mn with total assets of €147.58bn. Around more than 1,283 people work in this bank.

We hope you liked this guide to top banks in Germany. Here we have discussed the 10 topmost banks in Germany with their financial structure. You may also look at the following articles to learn more: