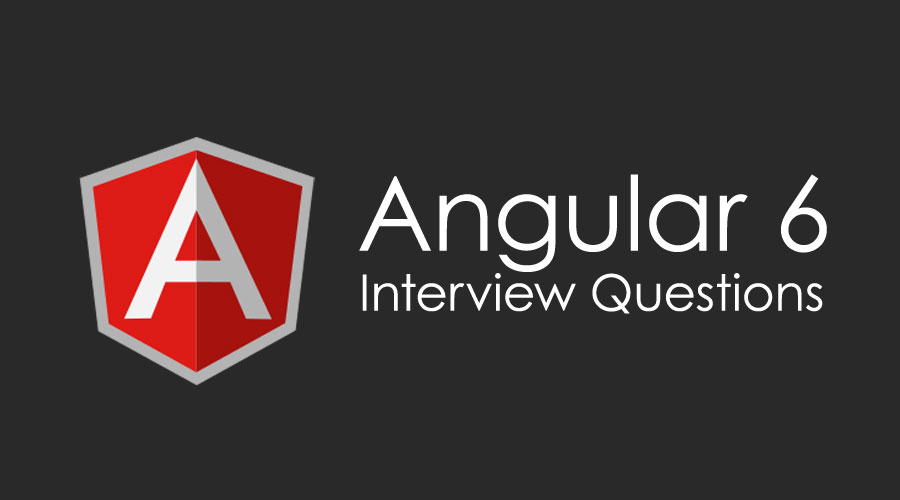 Introduction to Angular 6 Questions and Answers

Angular is one of the popular open source frameworks which are using for developing front end based web application, supported by the Angular team of Google. Angular has come with one new version of their implementation 6.0 with some key new features especially Angular-cli.

Q1. Provide clear difference with some proper example of code snippet between “declarations”, “providers”, and “imports” in ng module for angular 6?

Answer:
Please find below an explanation of declaration, providers, and imports:

Q2. Explain in details with a proper example on genuine differences identified specifically between “constructor” and “ngoninit” for angular JS 6 version?

Answer:
This is the basic Angular 6 Interview Question asked in an interview. Please find details explanation below on constructor and ngonint for angular JS:

Q3. Application developed in Angular 5 is properly working and could not find any issue yet. Then why we plan to upgrade our application to Angular 6, what are new features introduced with this new version of Angular JS. Explain in details?

Answer:
Angular 6 has come with varieties upgradation compare to Angular 5, please find details explanation below on the same:

Let us move to the next Angular 6 Interview Questions

Q4. Explain in details about the reason of using the renderer method in Angular JS, whereas we can easily able to handle the same by using some native element methods. Was there any facility of using the same? Please explain?

Answer:
Angular can assume one platform and browser is using for rendering the details fetching data from the platform. Now if angular is going to use some of the native element of Angular DOM’s, then those elements only can be used for the application of same DOM environment. In angular 6, one new class has come call Render2, which helps of preparing that native element like and web component element so that it can be used anywhere avoiding DOM dependency.

Q5. Explain in details about the compiler using by the Angular, called AOT (Ahead of time)?

Answer:
AOT stands for ahead of time. It is using by the angular for precompiling all the angular components and available templates at the time of build process. AOT always launched in angular based application than others.

Let us now have a look at the advanced Angular 6 Interview Questions.

Q6. One of the very popular keys using in Angular that is Zone, explain the same in details?

Answer:
ngZone is nothing but one of the wrappers of the JS file called Zone.js. This is one of the key libraries which is using for creating some context on using varieties asynchronous functions to make them trackable properly. Angular always dependent on zones for detect changing.

Q7. Angular JS developer is sometimes planning to use Lazy loading modules frequently. Explain in details why it is required to use and how it impact directly?

Answer:
Somehow developer needs some feature module load lazily, then they can easily use one of the key property called loadChildren in the route configuration of Angular JS. It is normally using by the developer when application size is increasing day by day. So utility of using the same:

Let us move to the next Angular 6 Interview Questions

Q8. Explain in details about the lifecycle designed for directive and components in Angular JS especially for the newly introduced version 6.0?

Answer:
Below lifecycle normally followed by the components and directive of Angular JS:

Q9. Is it possible to include one embedded view from a defined templateRef which already prepared? If yes, please explain the same?

Answer:
This is the most asked Angular 6 Interview Question in an interview. The embedded view can be created by using the createdEmbeddedView method and can easily attach the same to the available DOM by using the specific utility of TemplateRef.

Q10. Explain in details if someone willing to identify exact route change of angular then how they can do this?

Answer:
In Angular 6 there has one option called Rx event which needs to subscribe to a specific instance of Router. Things can be done by below approaches:

All In One Software Development