8 Brilliant Features of Affinity Group in The Workplace 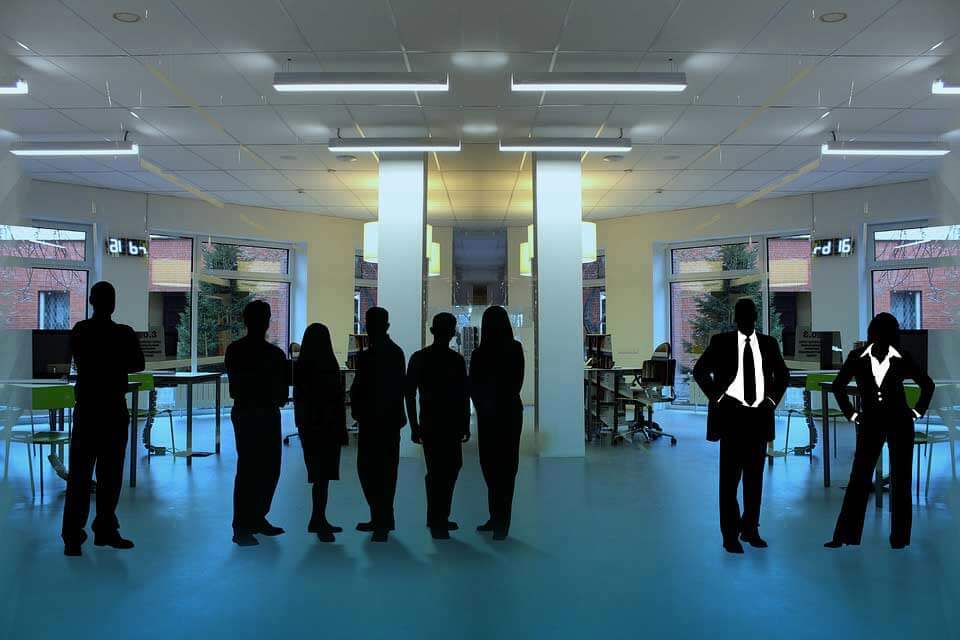 Today’s corporate environment encourages affinity groups to have the employees add versatility, variety and inclusiveness in their workplace. They come  with many different names; caucuses, councils or networking groups. These are forums for employees, students, faculty who share common interests, goals or ideologies and come together under the aegis of religion, cast, physical disabilities, age or sexual orientation.

These groups serve social functions and provide a source of support for the employees. In many situations, they also raise the nation’s consciousness towards many issues and help with the recruitments and retention of the employees. In many companies, these groups have also been integrated into the work stream. They affiliate with the management to sort out solutions for issues and also find ways to market their products.

All affinity groups are not same as their structure and role depend on the company’s objectives, roles, and policies. Their programs also have been the result of the corporate diverse environment and inclusiveness. The complexity of the programs also depends widely on to what extent and where the company places itself in the gamut of diversity.  Generally, the companies having only a few years of history of diversity programs do not have much to offer in terms of the growth and structured affinity groups. On the other hand, companies which have been  running affinity groups for many years are more organized and focus on fulfilling business goals and see that the talent is nourished on each passing day.

All these affinity groups are diverse in nature as the studies suggest they have helped in raising the cultural awareness, promote community service, conduct the product testing and perform the talent development. However, it depends on the company on what direction these groups are going and on which activity priority is being given. They have to see if the groups are following the inclusion and diversity in their programs. There has to be balanced between the cultural objectivity and the business goals in whatever  the affinity program is chosen and which all the groups should adhere to the same.  As suggested by  Rolddy Leyva, a senior director of diversity at Sodexo, “Each day is an opportunity for us to leverage our employee-affinity groups for talent retention and development as well as for creating a more inclusive and open environment. It’s not an easy mission to manage, but it is possible to support meaningful programs related to specific cultures while keeping a hard focus on our need to keep and grow the best talent from all backgrounds.”

The studies have shown that the companies supporting diversity due to  the influence of the affinity groups have increased in profits, got more customers and enjoy higher market share.  The affinity groups  as Economic resource groups (ERG) has also helped companies in forming strong business relationships with the clients, maintained relationships with the diverse groups of suppliers, and helps the companies to meet the needs of the customers belonging to the different religion, caste or ethnic groups. For example, a global financial service company was finding difficulty in reaching Asian clients because of the language or culture barrier. To overcome this difficulty,  company’s group known as Asian Employee Network developed relations with the Asian communities and helped the company build the strong base of Asian clients.

These affinity groups have been a source of inspiration for the employees and has been a stepping stone for a push in their career.

Employers invest in the affinity groups to give their employees platform to express themselves and espouse their freedom, expand their thinking power, experience diversity and feel inclusive in the groups. These groups, on the other hand, allows employees to share their common goal and ideology, form a network and discuss with each other on many crucial issues. They can openly talk about the topics on which they are unable to discuss due to their hectic work schedule and deadlines. Opportunities are also open for them if they want to move or shift to the other departments. Active members of the affinity groups also add versatility and liveliness in their life and work as they get the freedom to explore and look at the things from different perspectives. Besides, events are organized and speakers invited that give a good chance to learn more and grasp new skills which are of their concern.

Many companies also support the affinity groups for the community services.  Employees  can opt to volunteer in the community works that’s related to their portfolio and nourish their skills. The volunteers can also get the opportunity to speak in any organized event which would help build presentation skills and boost confidence.  Though the organization has their own criteria for how affinity groups function and the committee works is being carried out but each task can be a golden mine for a volunteer. So avail whatever comes in the way and gain the rewards of your efforts and reputation. The combined efforts of all the group members also help in forging the team spirit and unity.

The affiliate groups are also a great way to release the work pressure and get relief from stress. There is an entertainment, knowledge, unity, cooperation, and complete fun. Members of the groups feel much lighter after their hectic day’s  job. Several groups also organize cocktail receptions, seminars and group meetings for entertainment and knowledge. Many of them also organize excursions and tours.

If you have a regret of not getting the chance to study abroad, or  learning the painting or music which you had been longing to learn, affinity groups gives you the platform to fulfill your dreams. Each time you visit Affinity group program you would be get something or other to learn and to explore many different things.  Here, you would also get free or discounted counseling services and perks. In the diverse environment, you can see your  personality changed and you have become more outgoing and worldly person, and you have entered into the world outside the everyday realm of your life in which you would broaden the level of your understanding and learning. Isn’t it exciting that you would be traversing through the paths that are outside your realm and experience something that would make you a better person.

The affinity groups are also formed to give the boost to the team spirit and to make you and your colleagues get on together,  closer and committed.  Even after you have left the job,  you can remain connected with your colleagues. This would help you built your support group.

The affinity groups arising from the social networks can become a part of the company’s strategies. They help the companies in their marketing efforts by studying about the trend in the market and seeing whether the product is  reaching its target audience. They also help in the recruitment process of the company and in the employee benefits schemes.

In the affinity groups, members support each other in combating problems and challenges. They help employees move on the right direction, actions to adopt and follow the value systems which company espouses. For instance, many Gay, Lesbian, Bisexual and Transgender ERG s had  helped the employees to shape their domestic partnerships and increase in employee benefits to make them more competitive.  As explained by Taylor the affinity groups play a critical role in recruiting and retaining employees. “If you bring people from different cultures to a place that is not the center of civilization, they might be worried that they will not make the appropriate contacts to feel part of the community,”.   (Source: Science Magazine.org).  Novartis is also ranked higher in the sponsoring affinity groups. It has 14 ERGs and claimed to have benefited a lot, as said by Michelle Gadsden-Williams “As in any company, ERG is primarily a US phenomenon, but we have seen a lot of benefits and a lot of energy and rigor in the United States. So we want to launch them globally,”. (Source: Science Magazine.org).

There is no doubt that in the globalized world companies are adopting diversity and inclusion as their core functional area, and they are taking all the care that business leaders do not hesitate to move the cause of the company forward.  Affinity groups are the forums or the platforms that presents many scope or opportunities which could be utilized more widely to benefit the employees and employers. Early the main purpose of the group was only to have the employees increase their sharing and interactivity but now they have increased the scope to encompass cultural visibility and provide professional opportunities and strengthen the relationship between the employees and employers.

All in One Personal Development Bundle (40+ Courses)