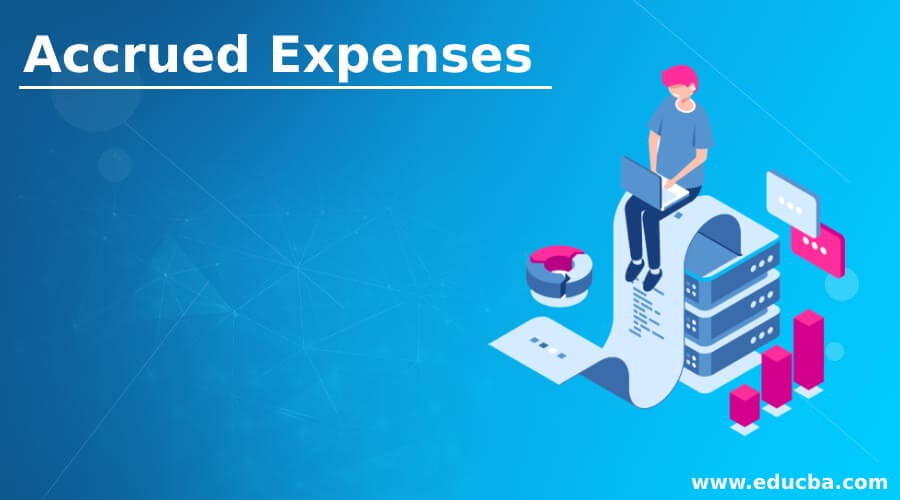 Accrued expense is an accounting terminology under the accrual concept which states that expenses need to be recognized and recorded in an entity’s books of account during the accounting period in which they are incurred regardless of the fact whether they are been paid or not leading to simultaneous recognition of liability.

Some examples of accrued expenses are as follows –

There can be n number of accrued expenses in the balance sheet, some of which are as follows:

Let us understand the recording of accrued liability by this example-

Jumbo Inc. borrowers a $5,00,000 loan on 1 March for business purpose from the bank. The loan agreement requires Jumbo Inc.to to repay the $5,00,000 loan on 31 July along with a $5,000 interest for the five months from March to July. Until 31 July the company is not going to have the invoice which could be processed and is not going to pay the interest of $5,000 until 31 July.

It is necessary to adjust the interest accrued as without adjusting income with interest accrued for this period, the company’s statements would not portray a fair view. In order to get true statements, accrued interest expense of one-fifth of $5,000 needs to be reported in the current period on the basis of accrual accounting.

Accrued expenses are the expenses which a company has incurred i.e. service is availed or goods are procured but the supplier have not been paid. These are recorded by the accountant in order to have a better understanding of the company’s liabilities and will result in good decisions regarding available fund utilization.

While on the other hand accounts payable are the debts of the company for trading goods or raw material procured but the payment is still due to its suppliers or creditors. Accounts payable is generally used in respect of trading commodities whereas accrued expense is an umbrella terminology where any incurred but not paid expenses will be recognized and presented. Both are recorded in the balance sheet under the head current liabilities.

The accrued concept is a concept of accrual concept of accounting that requires recognition of each expense during the period under which they are incurred. It helps in increasing the accuracy of financial statements as recognition of accrued expenses results in matching expenses with the revenue generated during an accounting period. Also, it helps stakeholders to derive knowledge of obligations due as on balance sheet date. Accrued expenses are generally for expenses incurred but not paid whereas accounts payable is used for unpaid trading goods/ services.

This is a guide to Accrued Expenses. Here we also discuss the definition and difference between accrued expense and accounts payable along with advantages. You may also have a look at the following articles to learn more –