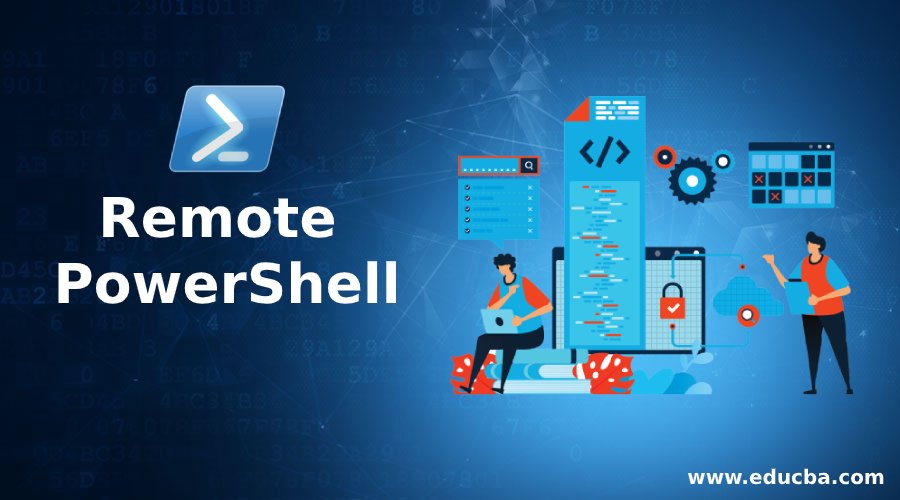 PowerShell not only helps the administrators run commands on the local system or a server to manage the environment, but it also allows users to connect to remote servers or machines. PowerShell’s one of the major strengths lies in its remote computing ability using various technologies. PowerShell remoting allows users to execute PowerShell cmdlets or execute a script or perform any other operation on any windows systems using a remote connection. PowerShell core supports and uses technologies like Windows Management Instrumentation(WMI), Secure Shell(SSH), or WS- Management to perform tasks in a remote system. This article will cover in detail about using PowerShell to execute commands in a remote system and the various ways in which a connection to a remote computer can be established.

Steps Involved in Connection to a Remote system

The first step involved in order to connect to a remote system is to enable PowerShell Remote facility on the target machine. The above is achieved by opening the windows PowerShell in administrative mode and running the following cmdlet.

The above cmdlet starts the WinRM service. This will allow incoming connections to the system and creates a firewall rule to achieve that. If you don’t want to be prompted for each step, run the cmdlet with the force parameter.

The above step alone is required if the source and target machine are in the same domain.

In case if the systems are not connected to the same domain, a few more steps are needed to be done. Prior to which Remoting must be enabled on the machine to which the source will connect.

For PowerShell remoting feature to work, it must be ensured that the network must be a private network and not as a public one.

The above step can be achieved using the following cmdlet

Next to trusted hosts, we should specify the IP addresses of the computers to which a connection needs to be listed in a comma-separated manner. If you want to allow all computers to connect then you should use the wild card character “*”. Once the above cmdlet is run, the WinRM service must be restarted in orders for the settings to take effect. That can be achieved using the following cmdlet

There are few cmdlets that can be executed on remote computers without having remoting configuration enabled. This is because those cmdlets have Computer Name as a parameter. These types of cmdlets have certain communication protocols and work on all Windows machines.

Following are some cmdlets of the mentioned type

To find such cmdlets in our session, the following cmdlet can be used

To test the status of the remoting configuration, we can try to connect to the remote computer using the following cmdlet. The test-was man cmdlet can be used to check if the WinRM service is running on the target machine. If the service is enabled a success message is displayed along with the target machines details else an error message is thrown. The cmdlet can be used with either the target systems’ name or ip address. To test the status of the WinRM service in local Test-WSMan can be used.

Connecting and ending a session

To end  the session, the below cmdlet is used

In some cases, it may be required to run the same command on multiple remote systems. It would be tedious to establish a session for each and execute them. In that case, the invoke-command cmdlet can be used. This cmdlet can take multiple computer names or IP addresses as input parameters and executed those commands and display the output.

It is also possible to execute scripts on the remote computer from out local system. The same invoke-command can be used to perform the same. The script should be either on the local system in which the command is being run or can be on a network drive.

In the above command, the script is run on the mentioned two servers.

If the session objects are stored in a variable, then any commands can be run on them. Since the sessions are saved then the input of one command can be passed to another command. In this case, the session is not on the local computer.

Thus, the article covered in detail about remoting in PowerShell. It explained how a connection needs to be established, the prerequisites that need to be done before connecting to remote computers. It also explained with various examples how to run commands on the remote systems, how to execute scripts etc. To learn more in detail it is advisable to work on sample scripts.