Introduction to Peek Function in QlikView

The peek() function acts as a scripting function in QlikView. This function is an inter-record function that allows the user to peek into previously read records of a table and use its values to evaluate a condition or to affect the record that is being read. To put it in simple words, the peek() function fetches the value of a field from a previous record which could be further used in calculations. The row number and the table can be specified.

peek('Profit')
Returns the value of Profit in the previous record read (equivalent to previous(Profit)).

peek('Profit',2)
Returns the value of Profit from the third record read from the current input table.

Example of Peek Function in QlikView

Here is the example is given step by step

Let us create an excel file with the monthly profit of an organization as shown below and save the file in an excel format as ‘monthly_profit.xlsx’. 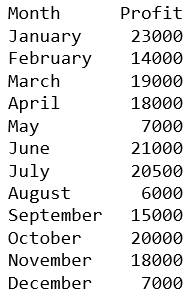 Now, we need to add the peek() function to the script as shown is the example below.

Click on Ok and try to reload the script. You will find that the new variable ‘PrevMonth’ will be created as shown in the figure below. 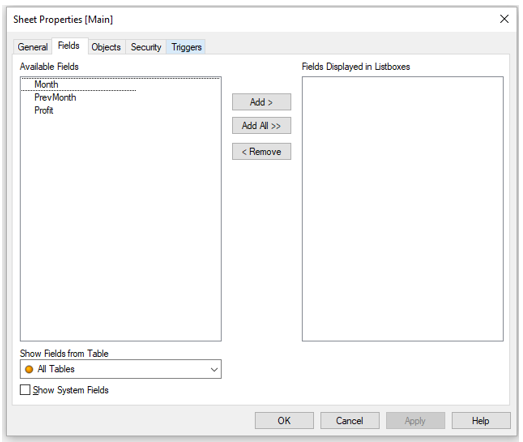 Lets us create a Table Box as an example to show how the data is generated by using the peek() script (Layout -> New Sheet Object -> Table Box). You will find the window as shown in the figure below. 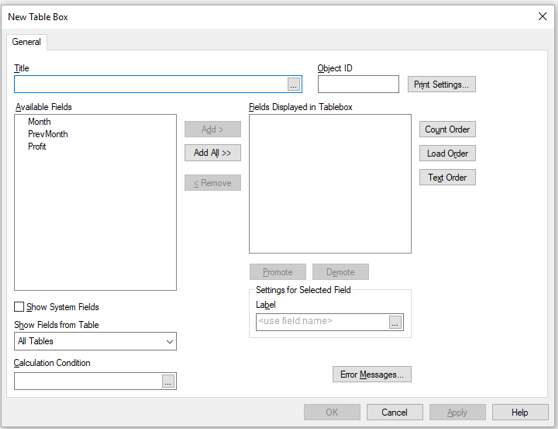 Enter the Title for the sheet object and select the required fields to be displayed and click OK. You will find the table box created as below. (You can later Sort the month column to list the months in sequence, in case they appear to be shuffled) 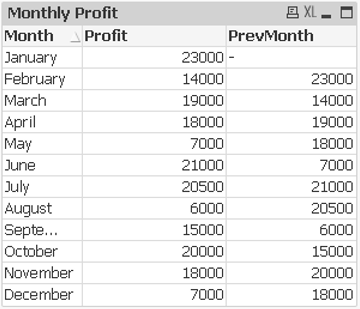 The Previous Month value for January appears to be Null as we do not have data prior to January.

The peek() function can also be used in calculations involving various other columns. Let us now calculate the percentage change in the profits for each month and display it in the table box.

Open the script editor and edit the script as shown below and click OK.

In the above script, we are creating a new variable that calculates the percentage change in the profit and assigning it to the variable name called ‘Difference’.

Let us edit the existing Table Box we created earlier and add the ‘Difference’ column to it.

To edit the table box ‘Right Click’ on the table and click on ‘Properties’.  The ‘Table Box Properties’ window will open as shown in the figure below. 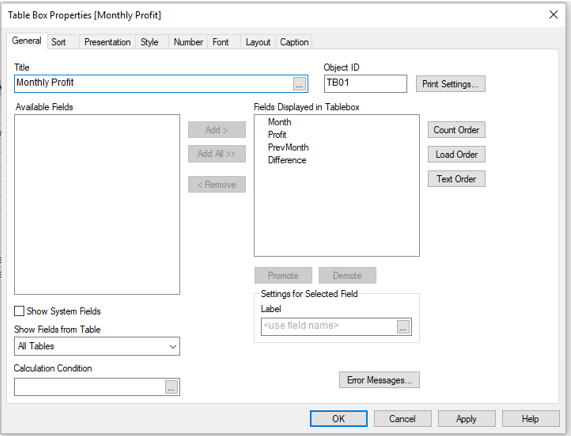 Add the ‘Difference’ variable to ‘Fields Displayed in Tablebox’ and click OK.

You will find the table box as below added with the new column showing the percentage change. 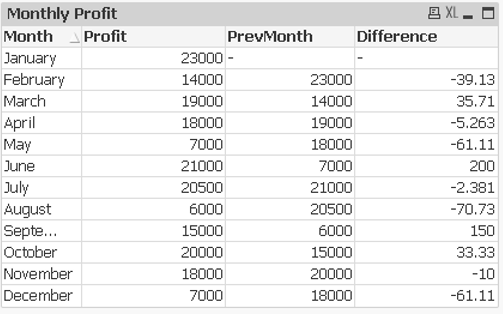 Peek() vs Previous() – By now, there may be some of you who might have already used the Previous() function in QlikView and might be wondering what is the difference between the two.

The answer to that is that in most cases QlikView offers the developers to accomplish a task in more than one way. It has a lot of useful functions that at times are not used. It depends on us to use the right function in the right place. In this case, there are surely a few similarities between the two functions, but we also need to consider the differences that need to be considered while deciding the function we need to use.

When to use Peek() function?

The peek() function should ideally be used when the user wants a field that has not been previously recorded into the table or if a specific row is targeted.