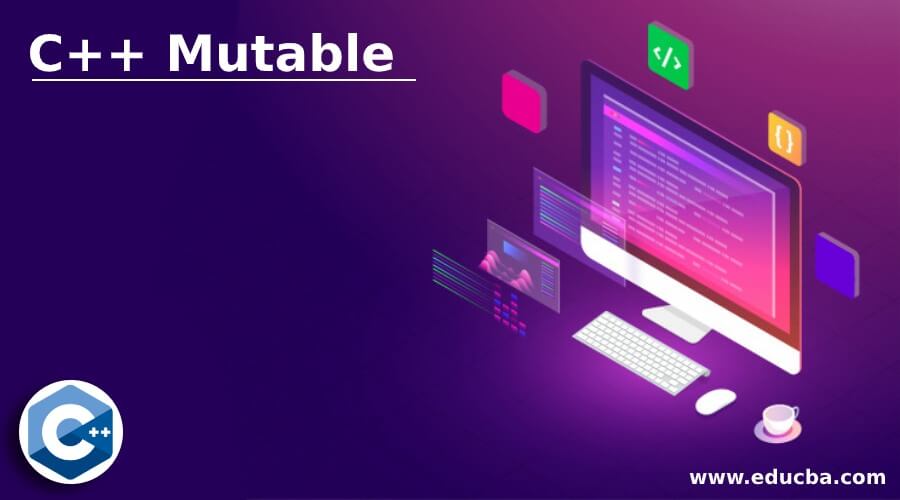 The following article provides an outline for C++ Mutable. In C++ there is a special facility where you can change value of data members at runtime even if the object is of constant type. The mutable keyword helps us only on non-static and non const data members of the class. It helps in assigning value to this constant value even though the member is constant. There are times when it is required that only two members take part like a variable and a constant in this situation mutability is very helpful.

We can declare any object or variable in a program by using the mutable keyword. We can modify the class member whenever the object is declared as constant.

How Mutable Class works in C++?

Given below shows how the mutable function work :

Given below are the examples mentioned :

Example where we try to change an immutable variable.

Now let us try to display by uncommenting the code as below. We are trying to display the variable which was not declared as mutable and is constant. Make below changes in the main.

The error states that num is not a mutable value and it is only read-only object as it is declared a constant.

The mutable keyword in C++ helps in changing values of constant variables. The value can be changed at runtime. You can explicitly define a mutable variable and use it throughout the program.

This is a guide to C++ Mutable. Here we discuss the introduction to C++ Mutable, how mutable class works along with programming examples. You may also have a look at the following articles to learn more –