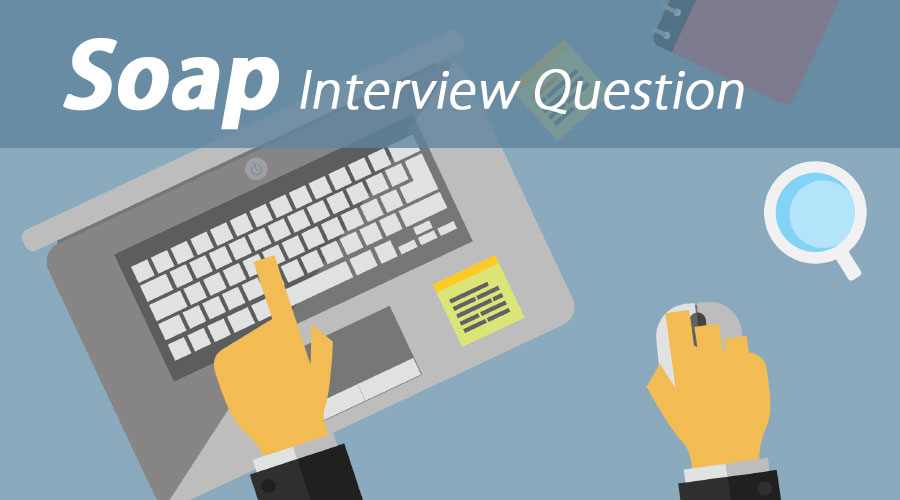 SOAP actually stands for Simple Access Object Protocol. This is one kind of very popular messaging protocol which mainly used for exchanging messages between two application and physical system through web service. Without this SOAP services approach, any kind of available services will not able to communicate between the different operating system, or in clear terms, it will lose its popularity especially in case of system integration related projects. As it will be very much used current integration related projects, it is automatically favorite for teacher and student both.

Answer:
SOAP is actually handling entire messaging through XML bases protocol. It is helping on designing and developing any kind of web services which introducing communication channel between several developed different applications which are deployed in different platforms independent on developing programming language.

Answer:
SOAP is mainly using for providing one require a user interface, through which one application can able to communicate with another one through one secure protocol by maintaining the independence of different platform and programming languages. A SOAP end user or client application called the generated web service through SOAP protocol for getting require message information securely. SOAP interface normally provided those require information in the form of XML and returning that specific XML file to the client who actually called this services. Now the client closes the protocol connection and using that XML response for their utility.

Let us move to the next SOAP Interview Questions.

Q3. Give some proper example where the developer should need to choose SOAP API. Is there any other better API available for message exchanges rather than SOAP API?

Answer:
Simple Access Object Protocol (SOAP) can be used anytime where web service designing is required for the system configuration. The developer has normally preferred SOAP web services when they are planning to manage varieties important data but has some critical dependency with multiple applications, most preferable if those applications are in the different programming language or in varieties platforms. As an example suppose all the application of a specific organization willing to use the same login credentials for the activities available users at any time. Now assume that credentials validation designed in one programming language, but all the other applications may be designed in different programming language, Now considering have to design the same with same credentials validation developer have to choose some web service approach for calling that service every time and validated user-provided credential information from a single authenticated validating environment. Rather than this login independency, handling data for searching, inserting, deleting, updating in different platform SOAP web service can always be a good choice.

Q4. Explain In details about the facility provided by Simple Access Object Protocol (SOAP) API anytime, and how the developer can utilize the same in their programming?

Answer:
This is the common SOAP Interview Questions asked in an interview. Several responsibilities normally need to follow by a SOAP tester in the current IT industry.
SOAP has provided some key methods which can be utilized in below approach:

Q5. Give one example of a major problem normally faced by the developer at the time of using SOAP API for their application?

Let us now have a look at the advanced SOAP Interview Questions and Answers.

Q6. Explain in details about the various approaches available for implementing Simple Object Access Protocol (SOAP) in any application where system integration is involved?

Q7. Provide clear details about the elements normally available or have to mention in case of preparing SOAP messages for transferring data in between system to system?

Let us move to the next SOAP Interview Questions.

Q9. Explain about available transport methods in case of using SOAP web services in one application?

Answer:
This is the most popular SOAP Interview Questions asked in an interview. Some popular test cases in the current IT industry. It mainly used HTTP and HTTPS protocol. SMTP is also been used. But preferable is HTTP for transporting messages.

Q10. Explain in details about the major functionalities provided by the class which normally used for setting up SOAP protocol in one application?

Answer:
SOAP protocol has been provided to use any methods which are available on the internet for all the web service authenticate the user who is following to call those service through one secure protocol. Provided functionalities are below:

This has been a guide to the list of SOAP Interview Questions and Answers. Here we have listed the most useful 10 interview sets of questions so that the jobseeker can crack the interview with ease. You may also look at the following articles to learn more –