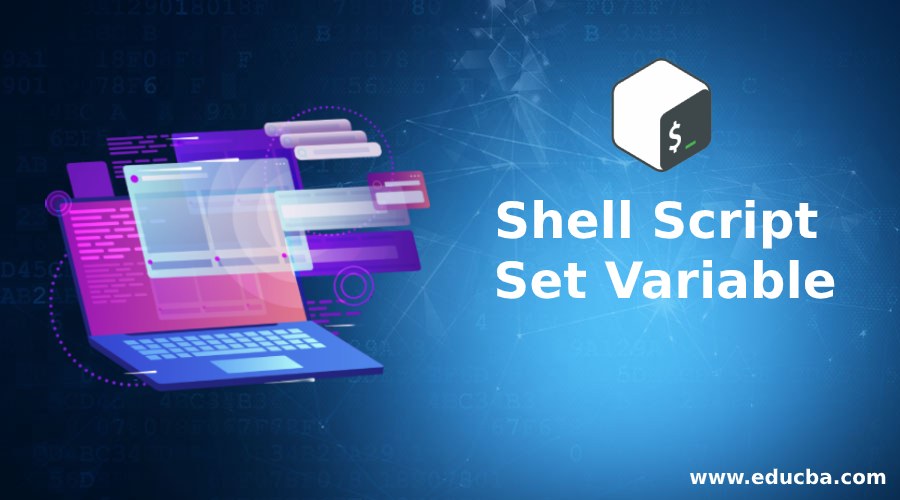 In order to understand about setting a variable it is of utmost importance for us to learn about variables first and know more about the elements involved in making a variable. The variable is taken as a string that is used for storing values. Although the variable itself is a string, it is not necessary that the value it can store is restricted to string only. It can be anything ranging from a string, number, filename, or any other object which shell is able to recognize.

Types of variables in Shell Scripting

Below are the three types of variables:

These types of variables are the ones that are accessible to any child process the shell script has run, unlike the local variables.

In certain cases, the shell might be required to set some variables in order to smooth the execution of the script and these variables are known as shell variables.

Below are some examples mentioned:

#!/bin/bash
echo "This example is to show some capabilities of set variables
echo "1. Now Every command will be printed as they get executed"
set -o verbose
variable=3
echo "This is an echo statement: Assigned value to a variable as $variable"

Explanation: In the output you would see that all the command post point 1 gets printed as they are executed.

#!/bin/bash
echo "This example is to show some capabilities of set variables"
echo "2. Now Every command will be read and not executed"
set -o noexec
variable=3
echo "This is an echo statement: Assigned value to variable as $variable"

Explanation: In the above code we can see that the last echo statement is not executed, it is only read.

In conclusion, there are numerous variables available for set in a shell script and many of them are used by default. This variable gives more flexibility to the developer to use them in a script to achieve the desired result. Again, as we say every need in solving a problem statement is different and usage of these variables depends entirely on the problem statement. With that we sign off and meet you in another article of shell script.