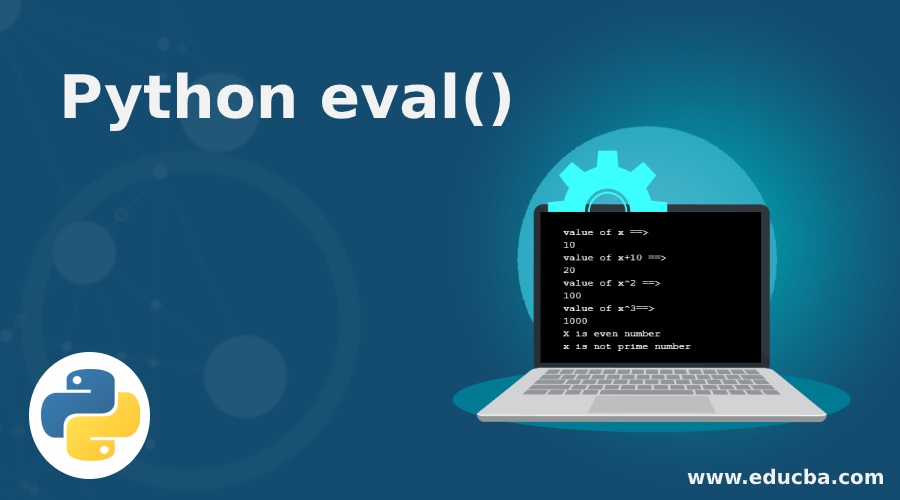 Eval() function is a built-in function of the Python Programming Language. The eval() method/function parses the expression argument/arguments which are passed to the method and runs the expression of python(python code) with the program/program statements. In common terms, the eval() method/methods which run the python programming code (which is actually passed as the argument) within the program. In other words, we can also say eval() function evaluates the “String” like Python Code expression and then returns of the string as an integer.

Eval() function usually needs 3 parameters but the 2nd and 3rd parameter terms are optional/not much important than the 1st parameter. The 3 parameters are expression, globals, and locals.

Eval() function/method will returns the value/result after evaluating the expression. eval function works by parsing the string value and that string value also be evaluated as the python expression. 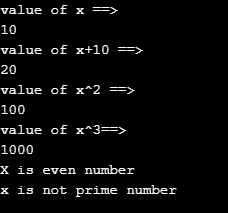 In the below example of programming code, the math library is introduced and imported all of the math functions using the * symbol. Then a for loop is made with the initialization value “1” with the incrementation “1” at a time upto the value “3” from the value “1”. Then inside the for loop, a func1 variable is created with the input function with the string value “Enter the Math Function which is mentioned below to Evaluate” then the interpreter go the next line and prints “Functions Allowed are: 1. Square_root(x) and 2. Power(x,y)” then goes to the next line to print/interpret the remaining python code.

Now we enter the try, except concept. These are just like the IF and ELSE condition. If the “try” has correct parameters then try will run properly and exits from the program or else the except concept come into the picture. Try, except concept will be very much helpful to handle errors along with usage of the eval() function/functions. Statements that are in the try will print the eval() function which has math functions “square root” and the power of x and y values which are about to declare manually by the user. If the input doesn’t contain any input as needed with the mentioned math functions, the result will be printed and the loop once again runs and asks again for the input or else you can just enter and go the except concept. There you will print the ext1 value and interpreter breaks out and comes out from the except concept. Then the print statement will print “Now it is Done” like that.

This is a guide to Python eval(). Here we discuss the introduction and working of python eval() function along with different examples and its code implementation. You may also look at the following articles to learn more –