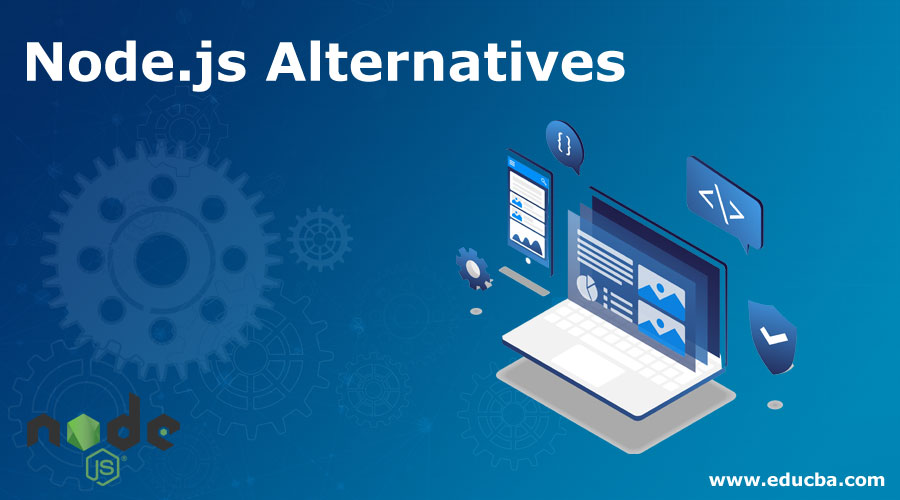 The node as we all know is a great development environment. Its compatibility with JavaScript creates more room and demand in the market and user segment. We in this article are going to see some top alternatives to Node.js Node.js is a runtime environment, which means software that allows application creation in the Javascript executable for the given OS. To do this Node.js uses the Chrome V8 Javascript engine which is written in C++. Node was a creation of Ryan Dalp in 2009; at present, it has a stable version of v0.10.36 (which is also the latest edition). Event-driven and non-blocking I/O features of Node makes it lightweight and efficient and compatible with different devices.

Who uses Node.js: A long list of companies is there, eBay, general electric, GoDaddy, Microsoft, PayPal, Uber, Yammer, and Yahoo

Where to use Node.js: For I/O specific applications, data streaming application, DIRT, JSON API’s based and Single page applications

There are several other and fine Node.js Alternatives available in the market which are as follows 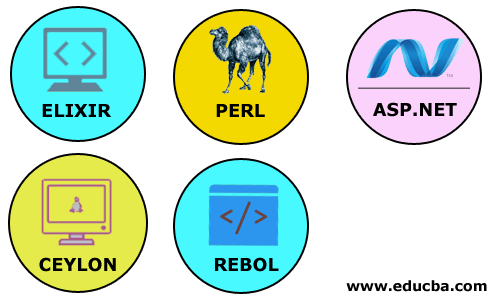 Imagine you have a product which works great over browsers, but now you want to go over mobiles. In doing so you will choose Rest API (in this case choosing ERLANG will not make any sense). Using Java or Node.js you can implement scalable solution easily.

When do we need ERLANG?

So, you already have a mobile application, now you want to implement messaging services or make it more severe you want to make a messaging service in real time. This real-time means fast data processing. In this case, ERLANG is definitely very hard to beat. Erlang has shorter codes structure which makes the scaling system easier with fast execution. With Erlang debugging of the production, the suite is easy.

what is ERLANG and how ELIXIR is related to it? 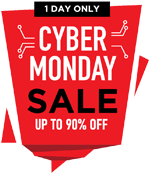 Elixir is a dynamic and functional language used to build the scalable application, and in doing this Erlang (which is the Virtual Machine of Elixir) helps it.

It’s a high level, general-purpose programming language. It has a great development toolset with an ever increasing user base. Perl has a connection to other programming languages as it has multiple work segments. It resembles C, Shell scripting, AWK, and SED. With these similar features, Perl provides its user with a powerful text processing facility.

In the market, there are several applications that are building using Perl namely Matrix, Gitweb, AWStats and Cucumber.

Either it is web-based applications, complex API’s, real-time development or even Microservices. ASP.NET is a once such complete package. This makes it one of the top qualifying contender and an alternative to Node.js.

It’s a general purpose PL which has a similar syntax to C# and Java. Few key highlights that define Ceylon are it being an imperative, statically typed, blocked structure and object-oriented in behavior.

Rebol is a cross-platform language developed for effective data exchange with the multi-paradigm approach. With Network communication being the prime purpose behind its functionality it is also suitable for small, optimized domain – the specific language for coding data.

Note: Although Rebol is a programming language which enables the user to write functions and perform the processes its greatest strength lies in the ability to create domain-specific dialects.

Hope this brings some clarity to our readers regarding the Alternative option of Node.js available and also an understanding of when to choose a particular over others. As we are aware of the fact that there are several functionalities built in any specific language, but we in this article covered the Alternatives of Node.js with compatibility to Operating System (, OS, Windows, and Linux in most cases).

This has been a guide on Node.js Alternatives. Here we have discuss the Basic concept of Node.js and alternatives with their important Features. You may also look at the following article to learn more :