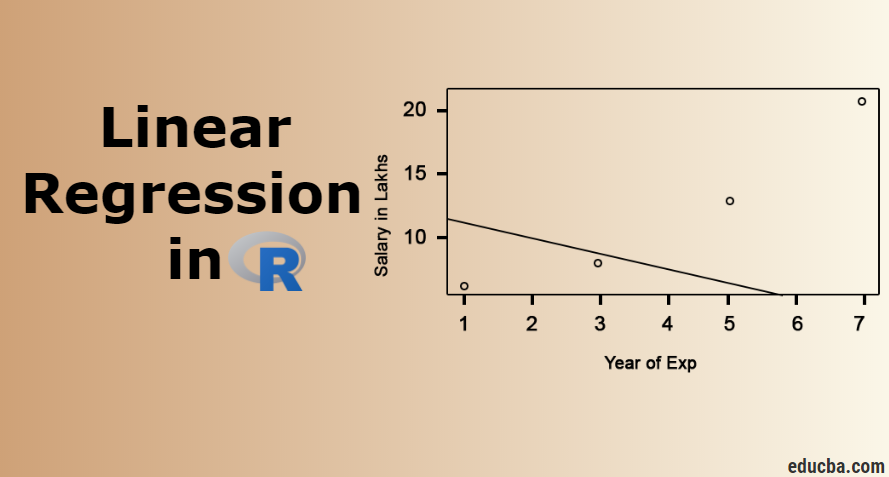 What is Linear Regression in R?

Linear Regression in R is an unsupervised machine learning algorithm. R language has a built-in function called lm() to evaluate and generate the linear regression model for analytics. The regression model in R signifies the relation between one variable known as the outcome of a continuous variable Y by using one or more predictor variables as X. It generates an equation of a straight line for the two-dimensional axis view for the data points. Based on the quality of the data set the model in R generates better regression coefficients for the model accuracy. The model using R can be a good fit machine learning model for predicting the sales revenue of an organization for the next quarter for a particular product range.

Linear Regression in R can be categorized into two ways

This is the regression where the output variable is a function of a single input variable. Representation of simple linear regression:

This is the regression where the output variable is a function of a multiple-input variable.

In both the above cases c0, c1, c2 are the coefficient’s which represents regression weights.

R is a very powerful statistical tool. So let’s see how it can be performed in R and how its output values can be interpreted. Let’s prepare a dataset, to perform and understand regression in-depth now. 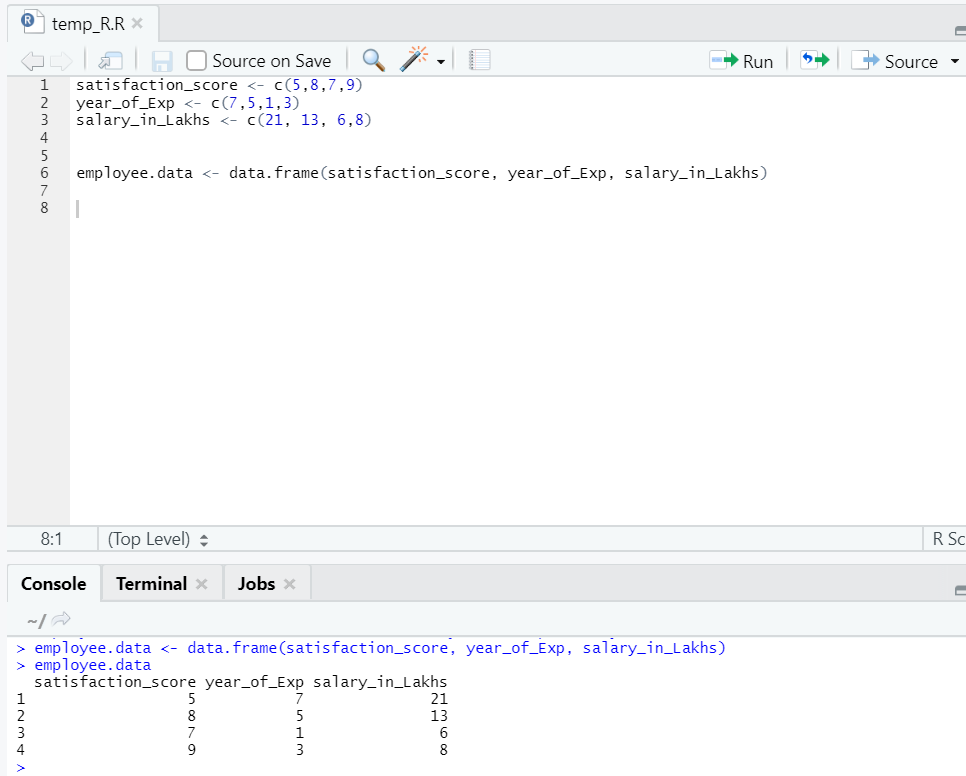 Now we have a dataset, where “satisfaction_score” and “year_of_Exp” are the independent variable. “salary_in_lakhs” is the output variable.

Referring to the above dataset, the problem we want to address here through linear regression is:

Estimation of the salary of an employee, based on his year of experience and satisfaction score in his company.

The output of the above code will be: 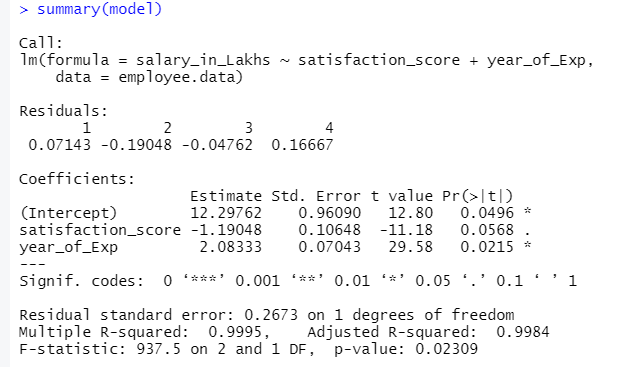 The formula of Regression becomes

In case, one has multiple inputs to the model.

Then R code can be:

However, if someone wants to select a variable out of multiple input variables, there are multiple techniques like “Backward Elimination”, “Forward Selection” etc. are available to do that as well.

Interpretation of Linear Regression in R

Below are some interpretations in r which are as follows:

Going further, we will find the coefficients section, which depicts the intercept and slope. If one wants to predict the salary of an employee based on his experience and satisfaction score, one needs to develop a model formula based on slope and intercept. This formula will help you in predicting salary. The intercept and slope help an analyst to come up with the best model that suits datapoints aptly.

Slope: Depicts steepness of the line.
Intercept: The location where the line cuts the axis.

Let’s understand how formula formation is done based on slope and intercept.

Say intercept is 3 and the slope is 5.

b. Coefficient – Standard Error: The standard error is the estimation of error, we can get when calculating the difference between the actual and predicted value of our response variable. In turn, this tells about the confidence for relating input and output variables.

d. Coefficient – Pr(>t): This acronym basically depicts the p-value. The closer it is to zero, the easier we can reject the null hypothesis. The line we see in our case, this value is near to zero, we can say there exists a relationship between salary package, satisfaction score and year of experiences.

R-squared is a very important statistical measure in understanding how close the data has fitted into the model. Hence in our case how well our model that is linear regression represents the dataset.

R-squared value always lies between 0 and 1. Formula is:

The closer the value to 1, the better the model describes the datasets and its variance.

However, when more than one input variable comes into the picture, the adjusted R squared value is preferred.

In our case its “937.5”, which is relatively larger considering the size of the data. Hence the rejection of the null hypothesis gets easier.

If someone wants to see the confidence interval for model’s coefficients, here is the way to do it:- 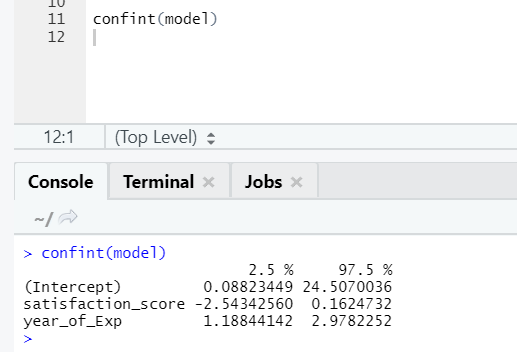 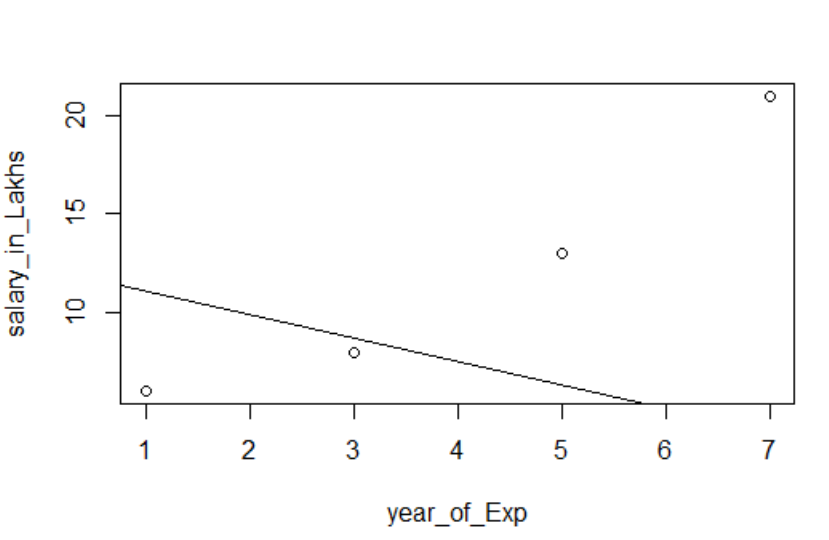 Its always better to gather more and more points, before fitting to a model.