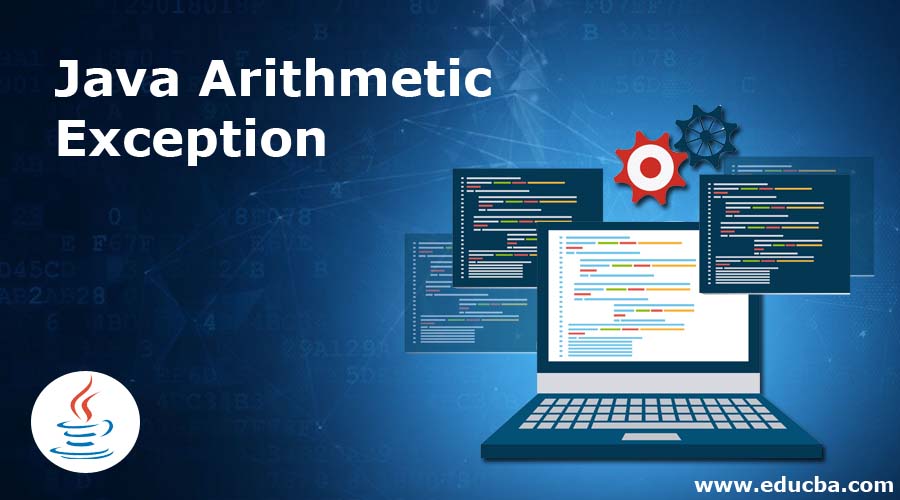 Java Arithmetic Exception is a kind of unchecked error or unusual outcome of code that is thrown when wrong arithmetic or mathematical operation occurs in code at run time. A runtime problem also known as exception occurs when the denominator is integer 0, the JVM is unable to evaluate the result and therefore the execution of the program is terminated and exception is raised. The point at which exception has raised the program terminates but code earlier to that is executed and the result is shown.

The base class of java arithmetic exception is lang.ArithmeticException which comes under java.lang.RuntimeException.

Structure of ArithmeticException in Java

Structure of base Class ArithmeticException: 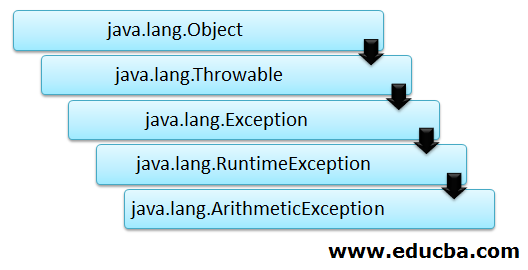 1. ArithmeticException(): Define an Arithmetic Exception with no parameter passed or with not any detailed message.

s: s is the detailed message

How ArithmeticException Work in Java?

Below are the two situations that can lead to Java ArithmeticException:

1. Division of a Number by an Integer Zero

Arithmetic exception in java is thrown when we try to divide a number by zero. Below is the java code to illustrate the operation:

As we have divided 10 by 0, where 0 is an integer and is undefined, it throws above arithmetic exception.

Java has a BigDecimal class which is used to represent decimal numbers up to a large number of precision digits. This class of java also has some set of functionalities that are not available in the primitive data types for example integer, doubles, and floats. These functionalities provide rounding off the decimal numbers

Below is the code for illustration:

In the java code written above, as the big decimal class doesn’t know what to be done with the division output, hence it throws or shows an arithmetic exception in the output console.

It throws an exception with a detailed message “Non-terminating decimal expansion, no exact representation”

The output console shows the result as a number with 7th decimal point value, which means rounding works fine.

How to Avoid or Handle Java ArithmeticException?

Hello class and Hello there are also printed on the output console apart from Hello world. This is the outcome of the exception handling mechanism.