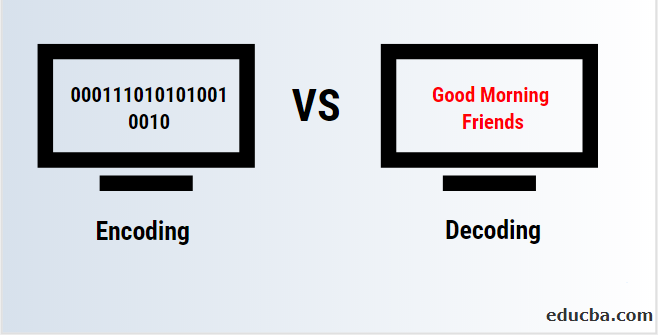 Difference Between Encoding and Decoding

Encoding vs Decoding is the comparison between the two processes that are related to data security and encryption or cryptographic mechanism. Encoding is implemented by applying some algorithm or computation in which the original data form is modified to a different form, whereas decoding is the process of decrypting the encoded data to its original form by applying the decoding computation or the algorithm. The encoding uses various algorithms to decrease the size of the file or the resource, whereas decoding is the process of reverting the encoded content of the file to its actual size. Certain specific standards, such as Base64, are widely used for the industry’s encoding and decoding process.

Head to Head Comparison between Encoding and Decoding (Infographics)

Below are the top 7 differences between Encoding vs Decoding

Key Differences between Encoding and Decoding

Let us discuss some of the major differences between Encoding vs Decoding.

Character Encoding refers to a system by which characters are stored and thus represented within a given system. Today’s computing environments are binary systems which means that they operate on 1 and 0. The concept of character encoding was developed to answer the question, how do we organize the character belonging to our various languages within this world of 1 and 0.

The 1 and 0 you see here encode the string, We Live in a Binary World, using what is known as ASCII encoding.

For a real-life example of encoding:

This early system allowed data via the transmission of long and short signals of sounds or light, although typically sound was used. Most people visualize the telegraph key, the device upon pressing the key’s lever, an audio tone was sent to the receiving party. With the development of the key, the next logical question was, how do we send meaningful messages?

This leads to the development of Morse code. 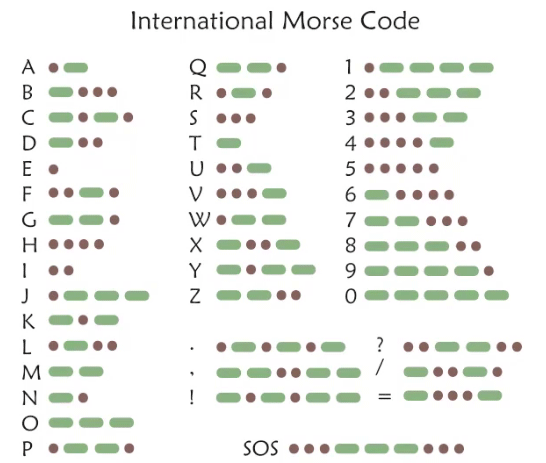 As seen here, Morse code is a character encoding system that uses a combination of short and long audio tones, designated with dots and lines respectively, to transcode characters.

Including letters, numbers and some special characters. As an example, the English alphabet letter A, as in alpha, was transcoded as a short tone, followed by a long tone.

When the receiver heard the following, Boop, boop, he or she knew that the letter transmitted was an A. Boom! Character encoding at work. These days computing systems have taken over the bulk of worldwide communication. Base64 A binary-to-text encoding method that encodes binary data into an ASCII string.

Base64 Encoding and Decoding

Michael, your senior IR analyst, would like to ensure that you’re comfortable both decoding and encoding data in Base64. To test your abilities, she has provided a sample Base64 string that she would like you to decode.

Michael has given you a test!

Certutil for the Windows environment and you find that this tool can decode or encode files in Base64 format.

For usage syntax and notice, you simply need to provide the -decode option.

Along with the name of an input file and along with an output file. As such, you decide to put Michael’s Base64 encoded message into a file called decode_me.txt.

You can check your file’s status by attempting to type it, which simply provides the contents on the command line.

You can use Certutil to decode the contents, pass your input file, and decide to decode for your output file.

It looks as all the command has run successfully.

Just edit the command above type and decoded.txt file name and then generate the output’s actual message.

Your next step is to encode the string.

So you decide to put that into a file since that’s what Certutil would like. So you name the file encode_me.txt.

Once again, use type in order to check the contents of your file.

You type the below command and have successfully run the command.

But we can check by using the type command once again. And we run the command on the encoded file.

We just focus on the Base string provided.

Linux/Unix, so we have more control over things. If you run man echo, you will notice

Let us discuss the comparisons between Encoding vs Decoding.

This has been a guide to Encoding vs Decoding. Here we also discuss the key differences with infographics and comparison table. You can also go through our other suggested articles to learn more –