Project on Natron - Compositing and Keying

Project on Natron - Paint and Filters

This Natron Tutorials will help you to learn about the fundamentals of node-based compositing using Natron, this course will also demonstrate the user interface of Natron along with features & applications of Natron. There are 1 modules, 4 Projects which explain the Natron VFX and Motion Graphics software, Compositing and Keying, Rotoscoping, Tracking and color correction, paint, and filters.

Average Salary $20 per hour
The average salary for an Artist is $20.48 per hour in the United States.
[Source - Indeed]

Let’s have a look at the Natron Tutorial in detail below:

Project on Natron - Compositing and Keying

In the 2nd chapter of this Natron Tutorial, we shall go a step deeper and learn the different aspects of Composting and Keying of the software. In the first lecture, we learn about Composting which highlights on Proxy Mode, Gain & Gamma, Timeline Parameters, Superimposing Alpha Image to RGB. In the second lecture, we study about the Keying which includes topics on Chroma Key, keying a Human Character, Using Despill, Merging FG & BG, Working with Key Gain, Adding Elements, & different examples of Keying on various objects.

We have six main lectures covered in this module. Starting with the fundamentals of Rotoscoping. Then, we study about the Motion Blur, Animating Motion Blur Control Points, Adding Extra Bezier and Composting Extracted. Next, we learn about Rotoscoping the Human Character in Motion. And finally, we learn about Animating the Hands & Legs.

In this module, we first get a brief Introduction on Tracking. Next, we learn about the Tracking Process, Adding Color. Finally, we study the Footage and Color Corrections.

Project on Natron - Paint and Filters 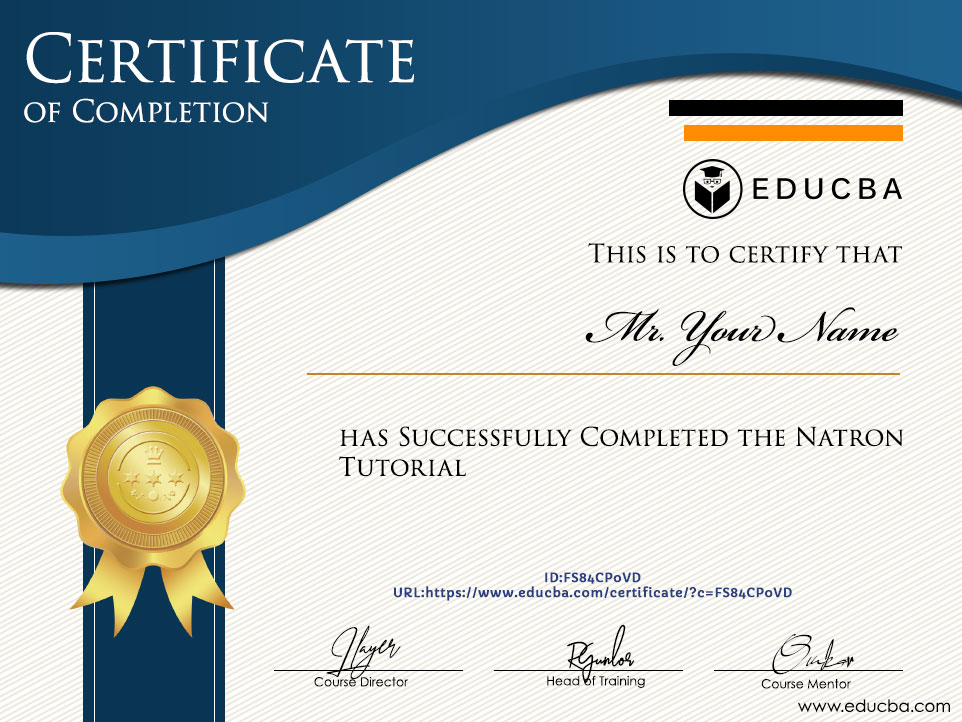 Natron supports a powerful GUI interface that is an adjustable and adaptable node based engine. Natron being a simple composting application also have stages of complexity that allow the user to reach their creativity and imagination new heights. It has multilayered Rotoscoping with stroke capability. An amazingly designed software application that offers various keying tools and powerful 2D & Planer tracker for the tracking & production needs.

Natron produced real-time feedback, and the user doesn’t need to wait for models to be rendered. It is loaded with a multi-threaded rendering pipeline and supports proxy rendering. It is one such software that requires low hardware equipment. All a user needs are an x86 64 bits or 32 bits’ processor, 3GB of RAM and a graphics card that supports OpenGL.

Natron even supports the Multi-view workflow that saves the time of the user by keeping all the views in the same stream and can be separated anytime with the One View Mode. A Point Tracker is also embedded in Natron to track multiple points. Natron is also loaded with Node Presets that can be imported and exported easily with an XML File Format. It also has a power curve and dope-sheet Editor with a Fluid interface. Color space management is handled by Open ColorlO. It also supports a number of file formats like EXR, JPG, PNG, SVG, TIFF, DPX and many more.

Which skills you will learn in this Natron Tutorial?

Natron Tutorial is a detailed extensive course which is not limited to any user. This program focuses on various applications & features of Natron for Visual Effects. It helps the student in mastering the fundamentals of node-based composting using Natron and then it equally emphasizes on using the gained knowledge by creating methods and introducing several features and techniques of Natron. By learning these techniques, the learner can improve their skills at a high level.

This program would increase the knowledge of learners on the basic nodes & parameters supported by Natron. From Beginners to intermediate to advance students, anyone can take up this course who is interested in learning Natron and its various other features.

Students will learn the usage of Natron for Paint & Filters, learn an efficient workflow for composting with Natron and choosing the right effects in the program. With this Natron tutorial, the students will be able to master skills on Natron, Compositing, Keying, Importing Videos, Chroma key, and others.

I am a fresher in the field of Composting. Will this Natron Tutorial benefit me?

I would say that a pure fresher in this field would be able to learn node-based compositing with Natron, but it will take time. Since you are a beginner you need first gain some basic knowledge of Composting and then only you will be able to succeed using this Natron Tutorial.

Will this Natron Tutorial help me to grow my career?

Yes. It is a career based training, aimed to teach different methods of Compositing and it will help you to create Visual Effects and professional presentations. If you take up this course you will not only learn the software but also obtain command over the various methods and processes of composting, which in turn will automatically open many career opportunities.

Can I make a career as an Animator by learning this Natron Tutorial?

Yes, why not. This Natron training includes lectures on Practical examples of Tracking & Rotoscoping. It also teaches us about the various tools used for Composting & Keying. I would say yes you can positively go for the desired job.

Well, this is undoubtedly the best and probably the most used Natron Course. I liked the practical lectures and the demonstrations in the training. Thank you.

I enjoyed and learned a lot of tricks and methods with so much ease. I thank this Natron tutorial for teaching me how the basic concepts and commands could be applied to different projects.

With this Natron tutorial, I can proudly say that I got to learn the fundaments of using Natron and learn various aspects of the User Interface along with various features and commands of Natron.