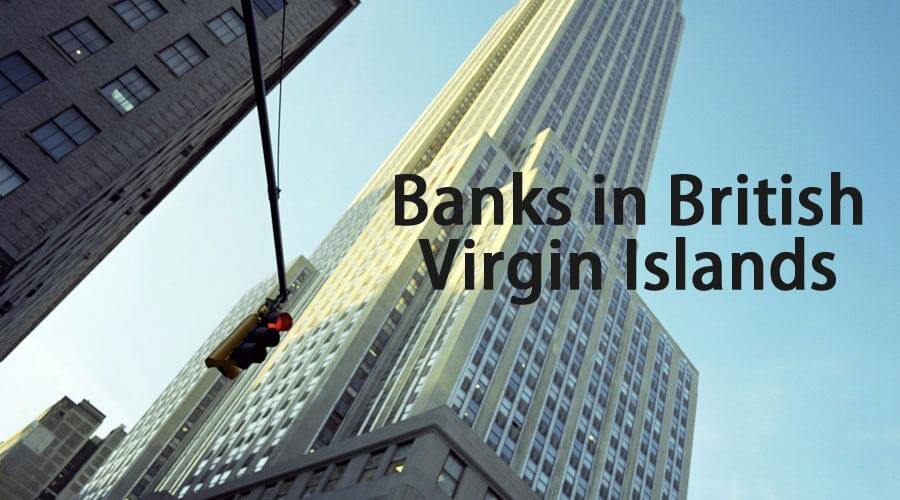 British Virgin Islands Financial Services Commission is an autonomous regulatory authority in British Virgin Island which is responsible for the regulation, supervision, and inspection of all financial services in and from within the BVI and all banking activities also monitored by FSC. It was very complex to set up banks in offshore territory that’s why there are only a few banks that could make their presence in British Virgin Island. FSC ensures that all banks have adhered to domestic laws and regulatory standards. BVI Take extra care that the banking sector is not associated with any of the illegal activities like money laundering and drug trade.

Here is a list of the top 10 Banks in Banks in the British Virgin Islands which are as follows:

It is one of the top commercial banks in British Virgin of Island founded in the year 1974 and it was established with the name Development Bank of the virgin island limited. A bank is owned by the government of British Virgin of Island. Bank offer services like Saving accounts, Certificate of Deposit, loans, retail, and businesses banking products, etc. Bank offer higher rate on Certificate of Deposit for a term of 24 Months and this rate is higher on the virgin of Island. Bank provides loan to Farmers and fishermen and as Bank changed from development to commercial bank its approach also changed from the year 2007.

VP Bank Ltd was established in 1995 in BVI and its wholly owned subsidiary of VP Group. The bank offers an entire range of private banking services to private individuals, intermediaries, and assets manager. Total assets with the group are CHF 12.4 Billion and net income CHF 54.7 Million. Bank employs around 800 people and it is situated in Tortola. The main focus of the bank is on assets management and private banking. VP Group is also present in the other six locations throughout the world and its shares are also listed on six Swiss exchange and financially it is rated as A by Standard and Poor’s rating agency.

FirstBank VI was founded in 1984 and it is situated in Tortola and bank offer services like retail banking, business banking, and insurance products and services. Bank also provides financial services in Puerto Rico and the United States and local customers of British Virgin Island. Bank as a group serving more than 65 years and it strengthens its franchise in all three regions. Bank provides service to private individuals and legal entity around all 3 location. In the year 2008 bank purchased the virgin island community bank and become the leading financial institutions and the largest number branches in the region.

Scotiabank is the most international bank, which started its operation in British Virgin of Island during the year 1967. Today Bank operates thoroughly network of 2 branches and 8 ATMs in British Virgin of Islands and which offer services of a complete range of retail and commercial banking. Retail banking continues to expand its activity reflecting the economic growth of the country and mostly centered on the tourist industry. Total Assets with the bank as a group is 998 Billion dollar and net income was 9.1 Billion dollars during 2018. In British Virgin of Island bank contribute Sports Initiative, Fighting against HIV/AIDS and to educate art and culture.

This bank is a major commercial top bank in British Virgin of Island which was founded in the year 2001 just 18 years ago. Today bank operates through 1 head branch, 8 Instant Tellers and an international banking centers in British Virgin of Islands and which employ around 3092 people in the bank. The first Caribbean international bank offer services in corporate banking, retail banking, wealth management, credit cards, investment banking, treasury sales, and trading. Bank reported net income of 101 Million dollars during 2018 which was 142 Million dollars during 2017. In Caribbean region Bank operate through 57 branches, 22 banking centers, and seven offices in 16 regional markets.

Banco Popular de Puerto Rico is one of the oldest and largest banks in the British Virgin Islands located at Tortola. The focus of the bank is in Retail Banking, Corporate Banking, and Offshore Banking. Bank offer services like Deposit, online payment, mortgages, loan for business, investment banking, insurance services, broker-dealers, etc. to its private individuals and legal entity. Bank also provides Private Bankers service to its customers. Bank operates thoroughly network of one head branch and 22 ATMs in British Virgin of Island. Other than British Virgin of Islands it has its operation in Puerto Rico, The Dominican Republic, and the United States Mainland.

Bank of Asia (BVI) is the first digital bank in British Virgin of Island and it got it’s first licensed in March 2017 from BVI FSC. The bank focuses on delivering cost-effective, efficient and user-friendly financial solutions and it also offers services in a highly innovative manner. In the year 2019, the bank is expecting to introduce Debit Cards and lending services to its customers. Bank of Asia and it’s subsidiary employ approximately 70 Staff in Asia and the BVI, with a customer service center in Manila provide 24/7 service. The East Asia Financial Holding is the subsidiary of Bank of Asia Ltd.

CITCO group was established in 1948 to meet the needs of multinational and private clients after the second world war. Today Citco group provides custodian services in British Virgin of Island along with a broad range of financial services to its clients. Citco group has 1 trillion US dollars Assets under management and has 60 office around the world which employs around 6,200 people. The group holds Authorized custodian licensed in British Virgin of Island.

Amicorp BVI holds an authorized custodian licensed in British Virgin of Island since 1998 and it provides all group products and services. Group also provide services like liquidation services, Company Administration, Trust formation and trustee services, Mutual fund formation and so on. Its headquarters is in Tortola in British Virgin of Islands. Amicorp group has a global team of 900+ Specialist who contributes their individual talents.

Trident is registered as authorized custodian licensed in British Virgin of Island and it is one of the oldest and largest trust companies in BVI founded in 1986. More than 90 people Work in trust and provide corporate, fiduciary, and fund administration services. It also offers services like assets based financing and long term project financing, portfolio investment and trading. It is subsidiary of Trident Trust Group and its headquarters is in Tortola.