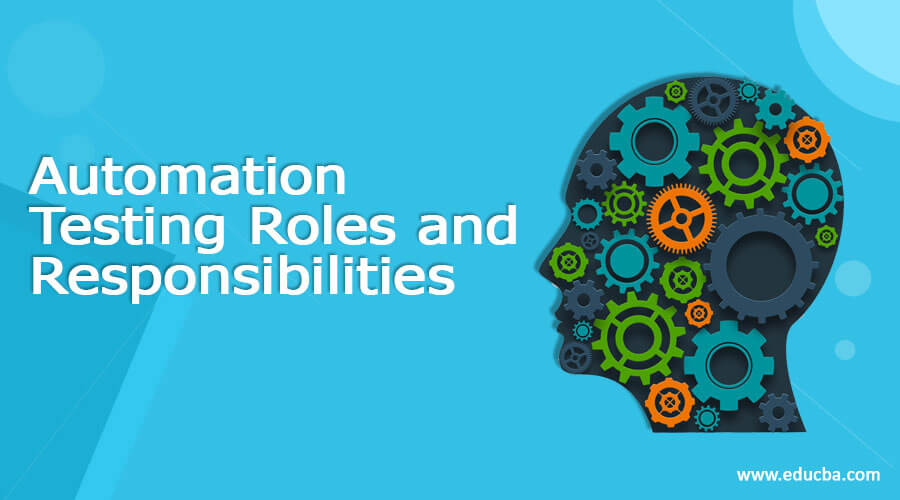 Roles and Responsibilities in Automation Testing

In today’s world of software and IT jobs, development of software is the one of the most crucial tasks in order to bring the features needed by the users in the software. The other crucial part is for testing engineers to work closely and more importantly “Efficiently” specially for automation testing engineers, in order to smoothen and improve the quality of the feature. Assume a feature to be live in the website with a lot of bugs and glitches. This might lead to decrease in the footfall of the website hence leading to lesser popularity and may be implying lesser revenue generation. With the intervention of a testing engineer these bugs and glitches can be caught early and hence lead to near to bug free software for users to consume. For understanding why testing engineer has to work efficiently, assume that there are lot of features which needs to be tested. Some of the features can be tested by just getting a 200 OK response and supposedly there are 100s of APIs that needs to be tested. Here, manually it might take days to complete it might require one to hit the API wait for the response and note down in an excel about the response status. Now, if this job can be done by just a “for” loop which will execute all these APIs and consecutively note down the status against each. Won’t that be efficient working!

In this article we tried to understand responsibilities that needs to be fulfilled in order to justify role of automation testing by running the test cases that are developed in an automatised way for an efficient validation of the feature that is developed and needs to be launched!

This is a guide to Automation Testing Roles and Responsibilities. Here we also discuss the definition and roles and responsibilities in automation testing along with explanation. You may also have a look at the following articles to learn more –