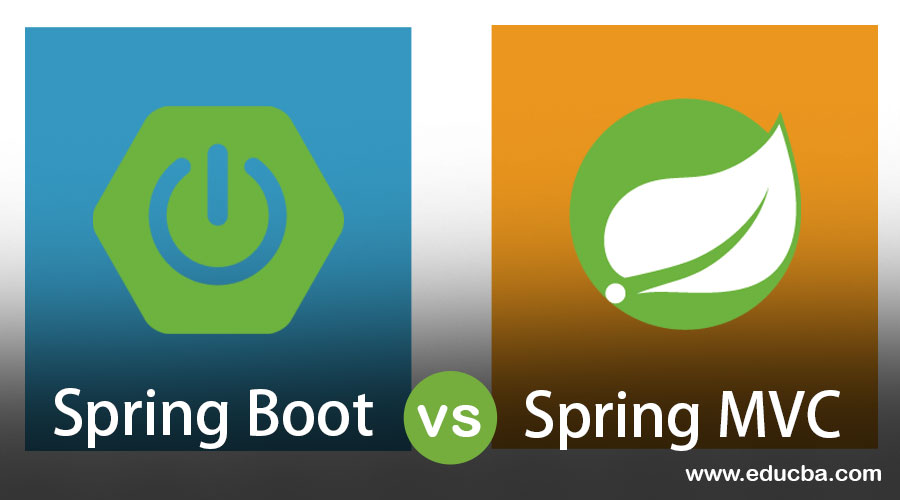 Two of the key elements of spring framework, Spring Boot and Spring MVC, is thought of as features that can be used interchangeably but looking at it from a deeper perspective, we would find a lot of dissimilarities between them. Let us first start talking about what Spring Boot and Spring MVC is and then look into few terminologies attached to them and finally look at the differences between them. Spring Boot is a framework to build just any spring-based application. And Spring MVC is a framework that is widely used for the development of web applications by providing a unique solution of model-view-control using DispatcherServlet. In this topic, we are going to learn about Spring Boot vs Spring MVC.

What does it mean in a simplified term?

Before we look into the comparison table let us understand what these two terms mean in the simplified term. Understanding these will allow readers to get an intuition of what they are and ultimately help in grasping.

Let us take an analogy of house building. Spring MVC is like one building the house with raw materials that need to be carefully assembled so that the house is built in a strong fashion and doesn’t collapse. Whereas, Spring Boot is like having the structure of the house pre-built like pillars, iron rods embedded in cement, etc. so that one can just focus on the design of the house and use this pre-built framework to complete the house.

Below are the top 6 differences between Spring Boot and Spring MVC.

Below are the major key differences between Spring Boot and Spring MVC.

As evident from the entire article that we don’t really have an apple to apple comparison in comparing Spring Boot and Spring MVC, but still, in the software world, these two terminologies are used quite interchangeably. Due to the nature of software development in current days we have container-based deployments in huge demand and going forward we would need to have Spring Boot playing the game of autoconfiguration is container-based deployment so that one can focus on the business logic and not waste time in figuring out the dependencies clashes. One common thing which might create confusion is the use of annotation for the development of application in both types of technology. But as a software developer be wary about the niche differences so that one can use the right technology in the right space.