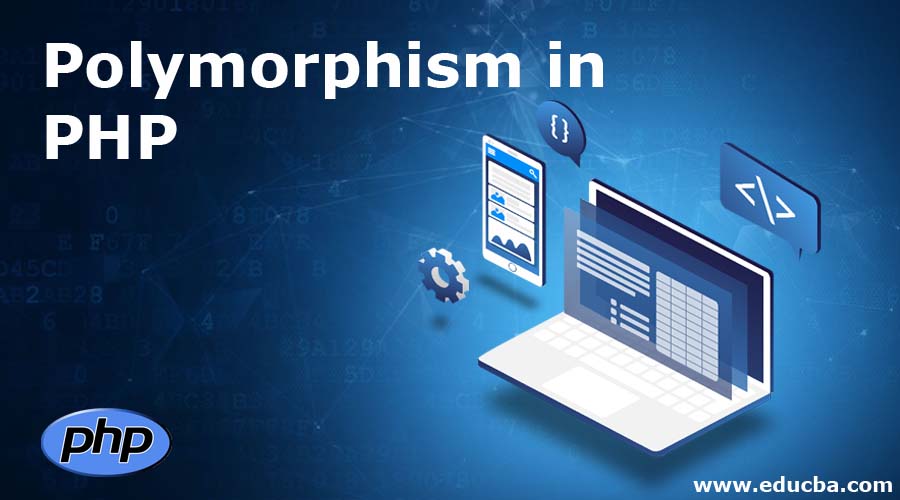 Introduction to Polymorphism in PHP

Functions of Polymorphism in PHP

Function overloading means deriving a class from a newly created function with the same signature (it means the function is having the same name, same type and a number of arguments) in its parent class as a function which is called as method overriding. In this polymorphism concept, one can create functions by extending but the same name/ similar naming function should be involved in order to process the polymorphism and inheritance concept. In order to enhance the programming capability by increasing the class’s functionalities which having the common interfaces polymorphism is a must.

Examples to Implement Polymorphism in PHP

Below are the examples of Polymorphism in PHP:

In the below example, one of the base class “Shap1” is created. Here we are going to inherit the Shap1 class in the three derived classes. The classes names are Circle1, Triangle1, and Elliipse1. Each and every class has the function draw in order to complete the runtime Polymorphism of PHP programming language. In the following calling process, here we are going to create an array with length 2 and every array’s index is helpful in creating an object of one class. After this, we are going to use a loop that is going to be executed based on the length of the array which is having a value “$i1” which is passing to the object array variable “$Val1[$i1]”. So it will be executed 3 times and it will be called using draw() method of each and every class.

Here Machine1 will have all classes to define calcTask1. Circle1 implements CallTask1() method. Rectangle1 also tries to implement a Machine interface but defines with a different body of calcTask1() method. Polymorphism says that all the methods which calculate the task should have an equivalent name. We are going to call the different names of calcTask1() without providing the details. Here the name of the method which calculates the task is important.

This is a guide to the Polymorphism in PHP. Here we discuss the what is the definition of Polymorphism and its Working along with its examples as well as Code Implementation. You can also go through our other suggested articles to learn more-