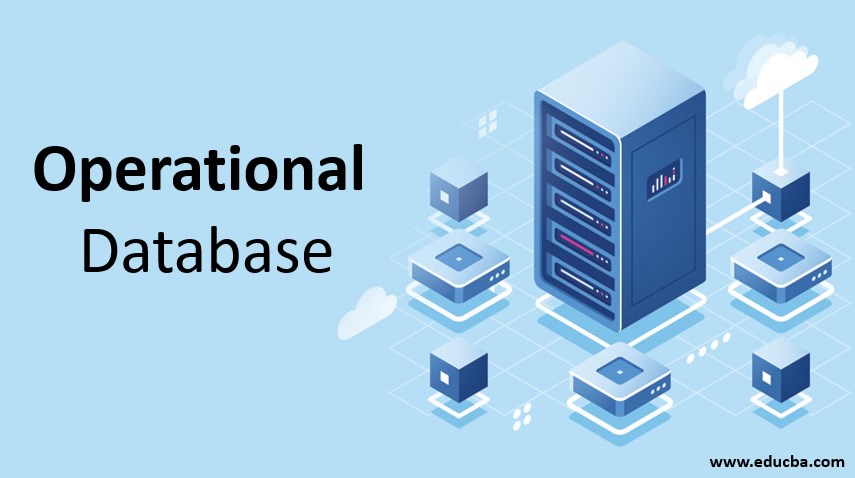 An Operational Database or OLTP (On-Line Transaction Processing) is a database management system where data is stored and processed in real-time. They also provide a real-time analytics opportunity which is highly sought after and can manage both SQL and NoSQL based database. They are also increasing their support for Distributed databases so as to improve on scalability, availability, fault tolerance. Some examples of Operational Databases are Microsoft SQL Server, AWS Dynamo, Apache Cassandra, MongoDB, etc.

Imagine a Global Shoe selling business who operates out of India. From the warehouse data where all the details of inventory like raw materials, WIP Goods, finished products is maintained, this helps the Purchase team situated in some other corner of the world to know what to order next and in what quantities. From the company’s Financial Data, Production and Manufacturing data, Sales Marketing data, CRM and SCM data, etc. Everything is handled by the company’s Operational Database management system. This helps them in analyzing data and information in real time and provides advanced complex analytical tools.

Therefore, an operational DBMS has become extremely important for the following reasons,

Functions of an Operational Database

Functions of an operational database are given:

The main function of a Database system is Indexing which refers to efficiently store data that can be retrieved when requested with ease. It is divided into Primary, Secondary and clustered Indexes. Cataloguing refers to assigning key attributes to a file and can be then used to recall effectively like a book or a journal.

Put simply, it refers to making a copy of file or data as a whole at multiple locations so as to ease the retrieval and storage process. This is particularly important in distributed systems where the same data when stored at multiple locations can be accessed more easily and with added consistency.

Operational database systems get the analytical ability due to its superior query processing system. It refers to the entire process from translating a query put forward to the database system by users into simple low-level instruction to its optimization and analyzing and evaluating the query. After the process, the system would extract relevant data from the database and present it to the user. This process happens in a fraction of a second.

A transaction system can be considered the logical unit of the operational database system. For it working consistently in a steady-state, in a concurrent state and having recovery services is of paramount importance. Transaction support deal with this along with making the system ACID-compliant which means Atomicity which distinguishes a transaction from others, Consistency which ensures that the transaction changes database during the process doesn’t make it inconsistent, Isolation which refers to keeping the transactions independent in a concurrent state and Finally Durability ensuring the transaction are permanently stored in the dataset along with the end result of processing.

Following are the advantages given below:

Following are the disadvantages given below:

As discussed, in spite of some disadvantages there is no denying that an operational database is the most effective and efficient way of managing all data in an organization. Most Fortune 500 companies use applications that use this method of database management.

Therefore, it is important for anyone to understand operational databases and its architecture who wants to make a career in Data Science and Big Data along with working knowledge of other technologies like Hadoop, Cassandra, and MongoDB.

This is a guide to an Operational Database. Here we discuss the Introduction, need, functions of an operational database along with advantages and disadvantages. You may also look at the following articles to learn more –