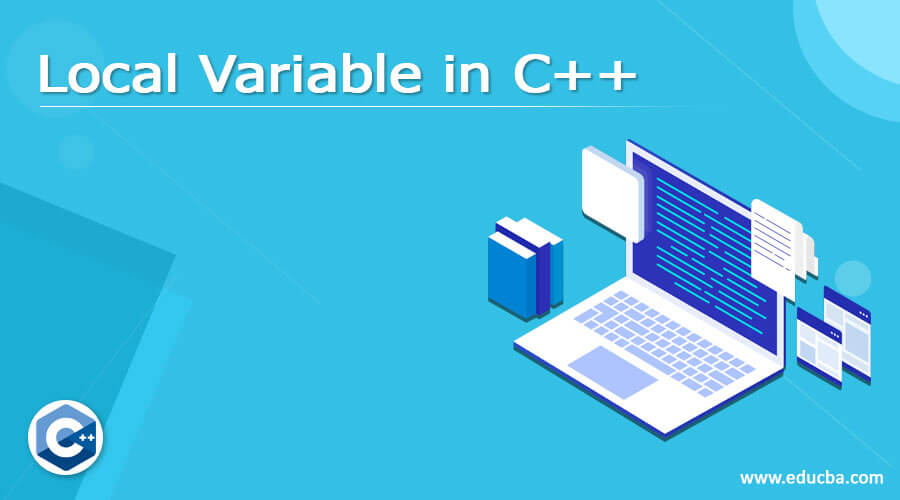 A local variable in C++ identifies value stored in the memory location by a name.
The boundary limit (Scope) within which variables in C++ operate, characterizes whether it is a local or global variable.

It basically consists of the definition and declaration of local variables

Initial value can be part of the definition statement or it can be a separate statement.

Any definition statement should be terminated with a semicolon otherwise it will result in an error. Multiple variables with the same data type can be clubbed together in a single statement within a function

It specifies the type of data the local variables will hold during program execution. Integer, Characters are some of the familiar types.

Value defined to hold at the beginning of program execution and it should be the same as the data type defined. Any wrong assignment will be thrown out as an error.

It only declares to the compiler that local variable ‘a’ with data type integer will be used in the program somewhere and it will be defined later.

How Local Variable in C++ Works?

Once the function is executed the local variables will lose it importance and they will be removed from the memory.

Local variable can either be defined as parameters in the definition of function or as a separate statement in the body of the function.

Below are the examples mentioned:

In the above example

Meaning and significance of local variables were amply explained with examples in this article.