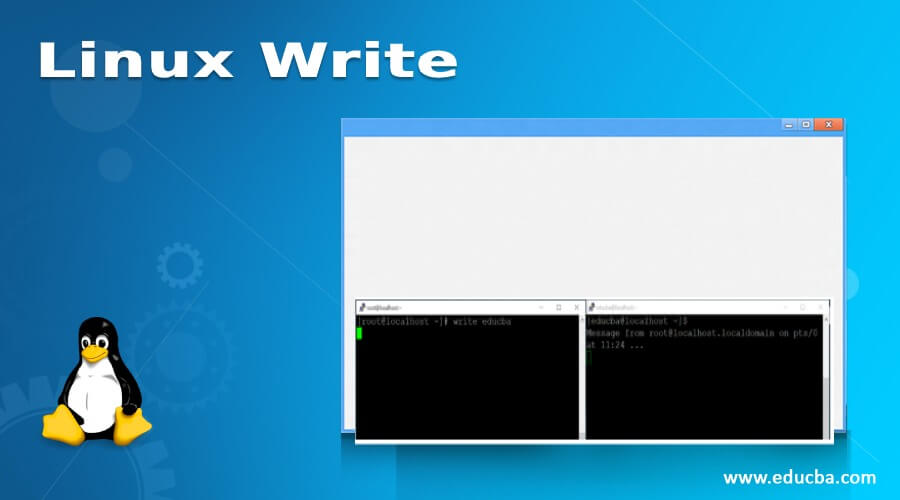 How does Linux Write Command Work?

In the Linux environment, we are having the functionality to communicate with the user from one terminal to other terminals. It will help to send or copying the lines from one user to others. When any user will communicate with a different user. The end-user will get the message as per the below format.

1. Write Command: One to One Communication

In write command, we are able to communicate with the different terminal user. We can send the messages or copy line in the shell window.

Note: while communicating with the different user via write command. Please make sure that the end-user should be login in any terminal on the Linux environment. If the user is not log in then the write command will not work.

Explanation: As per the above command, we are using the write command to communicate with the “educba” user (refer screenshot 1 (a)). We are initiating the communication from root user to educba user. On the educba shell window, the user is able to see the below message from where the messages are coming from (refer screenshot 1 (b)). Message from root@localhost.localdomain on pts/0 at 12:30 … (the message is coming from the root user. The hostname is localhost.localdomain. The terminal is pts/0. The communication timing is 12:30).

When the communication will break from the root user. The “EOF” (end of file) message will print on the educba user shell windows. With the help of this message, the educba user will get the indication that the conversation was closed (refer screenshot 1 (c)).

In the Linux environment, we are having the functionality to communicate with multiple terminal users via write command. 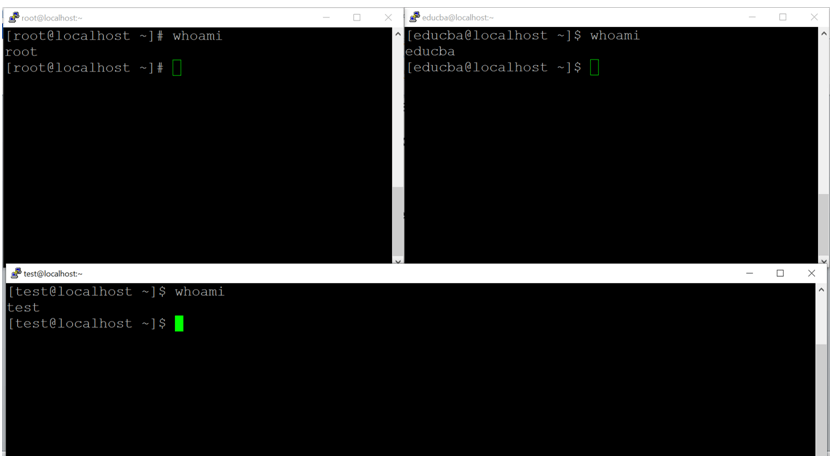 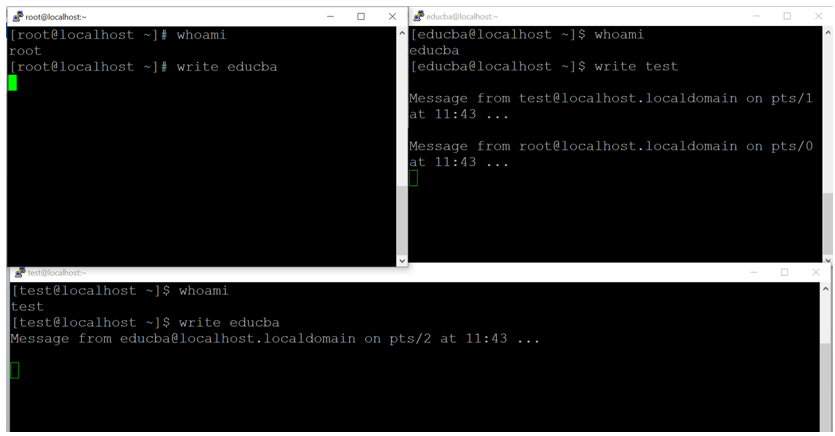 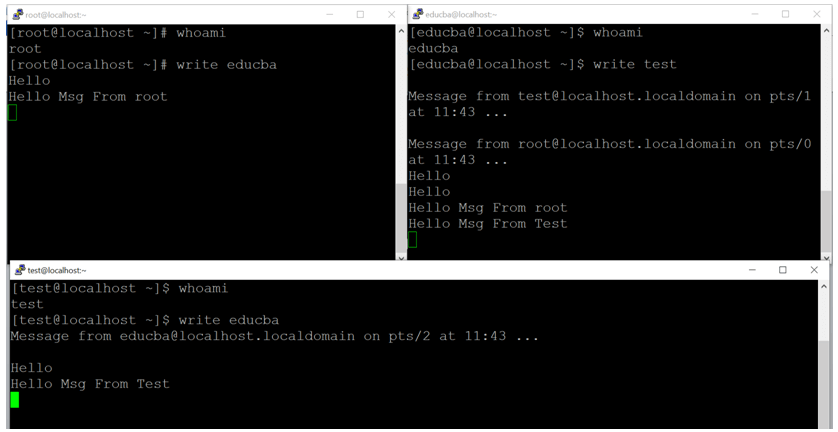 We are having the functionality to get help about write command. For getting any help, we need to use the “-h” option with the write Command.

We have seen the uncut concept of “Linux Write Command” with the proper example, explanation and command with different outputs. The write command is widely used to communicate from one user Linux terminal to another user Linux terminal. It will help to share the complex commands. Messages communication is very fast. It will work on the internet as well as on the intranet also.

This is a guide to Linux Write. Here we also discuss the introduction and how does linux write command work? along with examples and its code implementation. You may also have a look at the following articles to learn more –