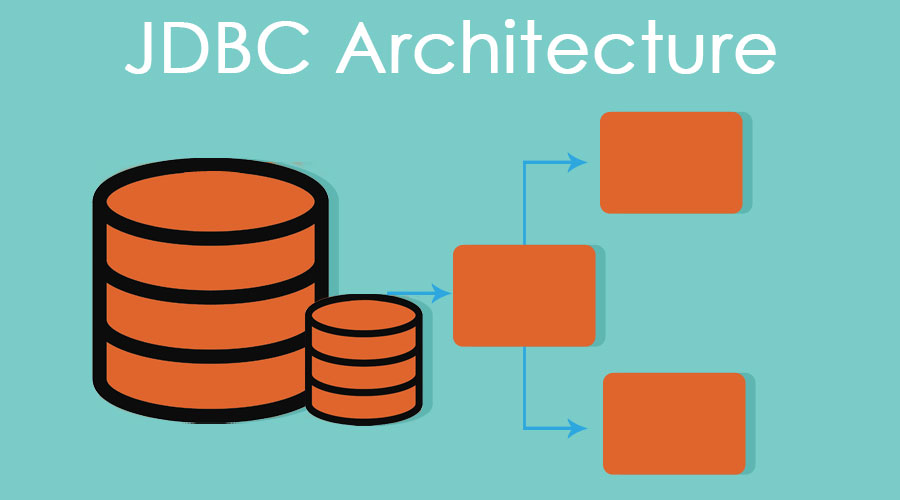 Java Database Connectivity (JDBC) is an API (Application Program Interface) or platform-independent interface which helps to connect java programs with various databases such as Oracle, My SQL, MS Access and SQL Server. It provides ways to query and update the database using Structured Query Language (SQL) update statements such as CREATE, DELETE, INSERT and UPDATE and query statements like SELECT. It is almost similar to ODBC (Open Database Connectivity) that was provided by Microsoft.

To connect the java program or application with the database there are five steps to be followed:

1. Load the Driver: Driver helps to make a connection to the database hence driver must be loaded once in the program. This can be done by two methods:

3. Creating Statement: After establishing the connection, the user can interact with the database. The interfaces such as JDBC statement, PreparedStatement, CallableStatement provides methods that allow a user to send SQL statements and get data from the database. Command used to create statement is;

4. Executing Query: The SQL query is executed to interact with the database. A query can be for updating/inserting in the database or for retrieving data. Statement interface provides two methods i.e. executeQuery() method to execute queries for retrieving data while executeUpdate() method to execute queries for updating or inserting. For Example:

5. Closing Connection: After executing our query, the data user wanted to update or retrieve has been done so now it’s time to close the established connection. The connection interface provides a method close() to close the connection. For example:

This architecture helps java program or application to directly communicate with the database. It needs a JDBC driver to communicate with a specific database. Query or request is sent by the user to the database and results are received back by the user. The database may be present on the same machine or any remote machine connected via a network. This approach is called client-server architecture or configuration.

The components are explained below.

Basic JDBC architectural diagram is shown below with the positioning of all components: 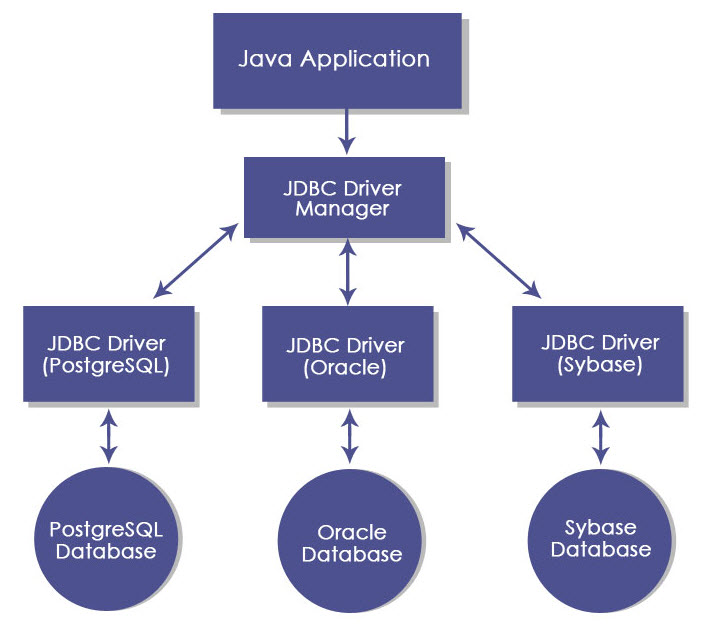 The java.sql package consists of many interfaces. Some popular interfaces are mentioned below:

There are four types of JDBC drivers:

This driver acts as a bridge between JDBC and ODBC. It converts JDBC calls into ODBC calls and then sends the request to ODBC driver. It is easy to use but execution time is slow. 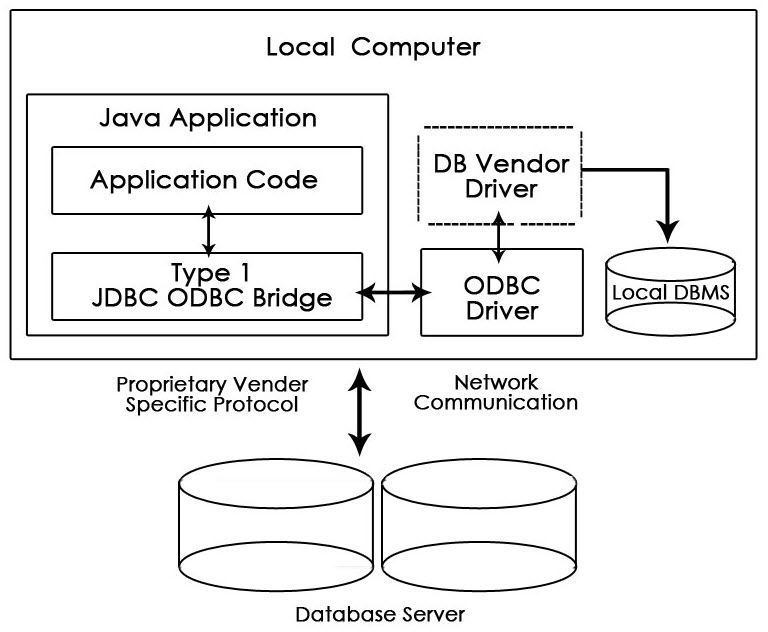 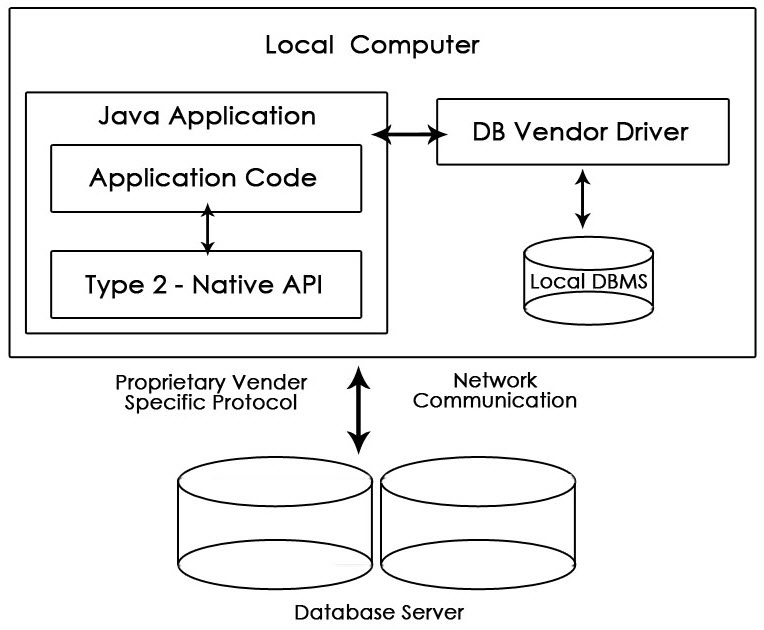 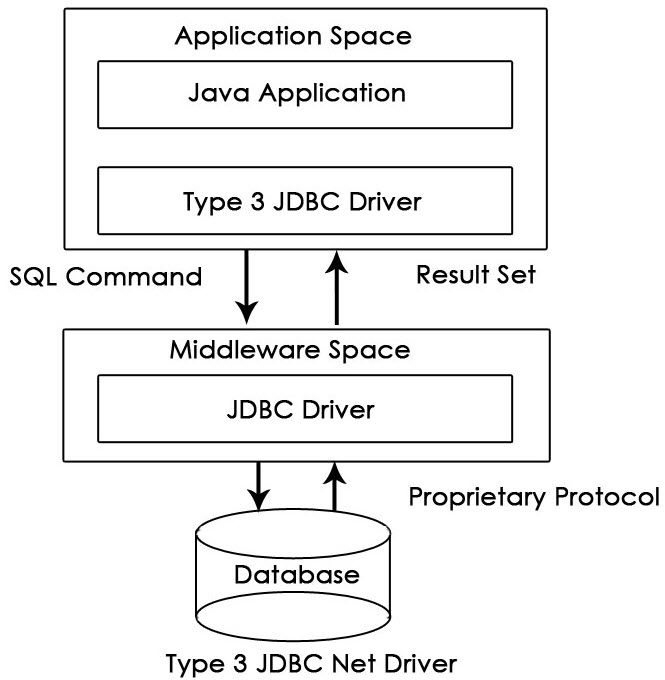 This driver is also called pure Java driver because they directly interact with the database. It neither requires any native library nor middleware server. It has better performance than other drivers but comparatively slow due to an increase in a number of network calls. 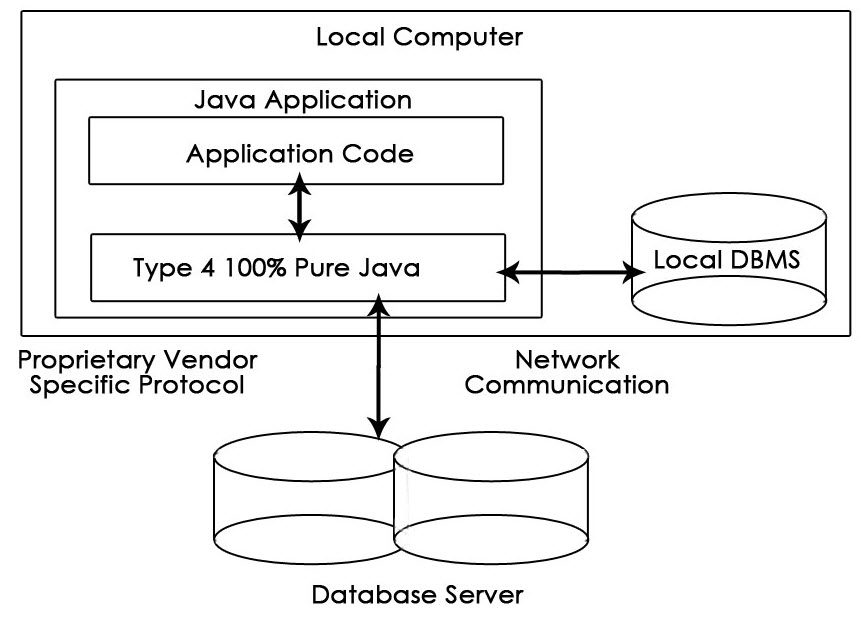 This article specifies the JDBC architecture, its interfaces and types of drivers to communicate or interact with the database.

Now a day’s databases are maintained in every sector hence updating them and retrieving data from them is necessary. So understanding the architecture would help to understand the basic JDBC concepts.