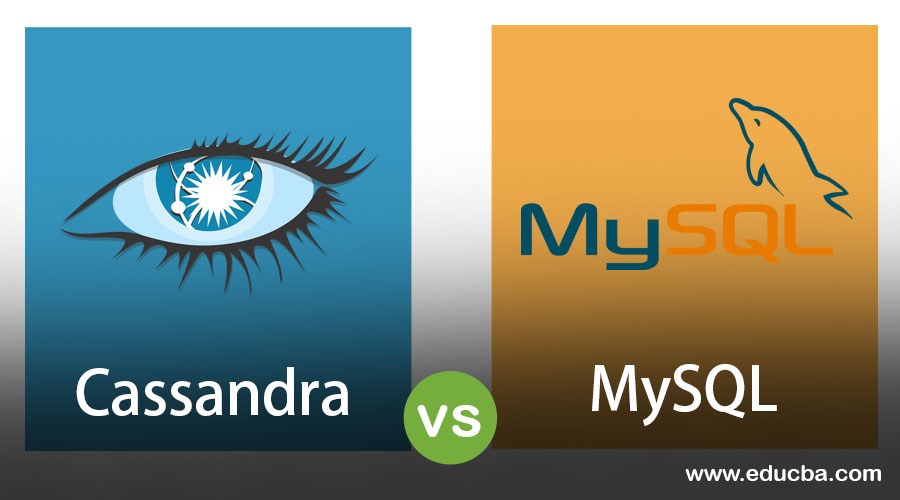 Difference Between Cassandra vs MySQL

Cassandra vs MySQL in this Data is everything, and with a boom in the amount of data today, choosing the right database management system is all the more important for all businesses. For a world that was dominated by Oracle and SQL Server, there are endless solutions to choose from now. One of the main reasons is the innovation possible due to open source solutions. In this article, I will be talking about two open-source databases. One being Cassandra which has gained a lot of momentum over the past few years. And the other MySQL which is the most common and popular database.

Head to Head Comparison Between Cassandra and MySQL(Infographics)

Below are the Top 6 differences between Cassandra and MySQL:

Key Differences Between Cassandra and MySQL

In this article, we will look at the key differences between these two databases, which will help you figure out which database to use.

Cassandra is a NoSQL database. It was developed by the Apache Software Foundation. It was released in 2008. NoSQL(Not only SQL) databases were developed in response to the shortcomings faced by relational database management systems and to meet the demands of modern software development. NoSQL databases support a wide range of data which includes key-value, document and graph formats. It can store both unstructured and semi-structured data. It follows a peer to peer architecture.

MySQL is an open-source Relational Database Management System developed by Oracle which was released in 1995. Compared to Cassandra it is quite an old database. SQL databases support related data stored among different tables. MySQL stores structured data(high degree of an organization). Essentially the relational model consists of tables (relations) that can be interlinked by keys common to multiple tables. It follows a Master/Slave architecture.

MySQL provides support for vertical scaling. Horizontal scaling is possible with the help of some other approaches like Master/Slave replication and sharding.

Cassandra was developed with the support for both horizontal and vertical scaling. Horizontal scaling is possible due to the cluster node model. Data is partitioned among different nodes in a cluster.

The main difference that can be seen between MySQL and Cassandra is how the data is modeled.

To fetch data you would typically use JOINS on these tables.

In Cassandra this information can be stored in one table, we can store the comments for each user in the form of a List which would be stored as one single row. Here user_id is the Partition key (using which data would be partitioned among the different nodes) and created_time is the cluster key using which the data would be sorted in a particular node. 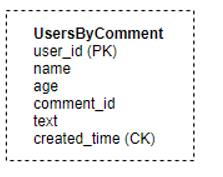 Now that we have looked at how we can model data in both databases. Let us analyze how our read performance changes from one database to the other.

In MySQL, the query to get the comments made by a user with id say ‘3’ will look something like this,

SELECT * from Users u, Comments c WHERE u.user_id=c.user_id and user_id=3;

Here first finding a user would be of O(log(U)). This is because when you use indexing in MySQL it stores the data in the form of a binary tree, so any time you search for comments made by a user, you are only going to traverse through half of the tree. As there is a one to many relationships between the two, this would now take C*O(log(C)) as we will have to find each comment_id for a particular user_id.

In Cassandra, surprisingly this decreases to just O(1).

SELECT * from Users WHERE user_id=3;

As we discussed, we would only have to store one row in Cassandra for a particular user_id. It would just require one lookup. In the worst case, it can go up to O(log(U)).

In MySQL, every INSERT/UPDATE/DELETE requires a search to be done.  If you want to update a record with a primary key that already exists in the table.

Cassandra, on the other hand, uses an append-only model. Insert and update have no fundamental difference. If we insert a row that has the same primary key as an existing row, the row will be replaced. If you update a row and the primary key does not exist, Cassandra will create that row.

As any other RDBMS databases, MySQL provides ACID transactions

Whereas, Cassandra has limitations when it comes to providing ACID transactions. To provide high read performance you would see that there is data duplication. One way to achieve consistency would be to tune Cassandra to not allow data duplication but then it kills Cassandra’s trump- Availability. So for systems that are highly based on ACID transactions like banking systems choosing any NoSQL database is a NO.

Let us summarize the key differences we looked at between Cassandra and MySQL. In case you did not read through the article and just want to get the gist of it.

Let’s discuss the top comparison between Cassandra and MySQL:

In this article, we learned about some key differences between Cassandra and MySQL. Most businesses use Cassandra for write-heavy workloads in the field of Data Science whereas MySQL is preferred for all other types of workloads. Hopefully, this would give you the knowledge to choose the right database according to your needs.