What you get in this Scala Programming Training?

In this section, each module of the Scala Programming Certification Course is explained. 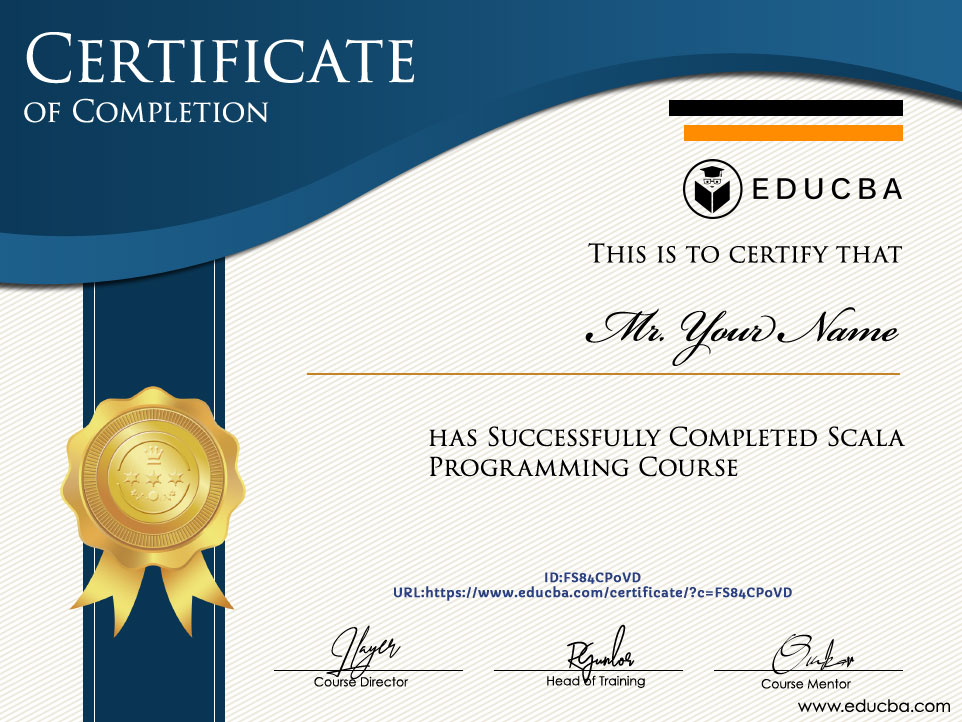 What is Scala Programming?

Which tangible skills you will learn in this course?

Why should we learn Scala programming?

Scala is a programming language that could be used for various purposes. It eliminates the gap between the functional and object-oriented approaches of programming making the application development very simple and efficient. One should learn Scala as it will train you on several new concepts of programming and will help you be a problem solver of the technicality issues that usually occur in the programming world.

How long it may take to learn Scala?

Based on your existing relationships with a programming language, the answer to this question varies. If you are proficient in a programming language like Java than you will need to lean only the extra parts but if you have less idea about such languages, you may take around one to three months to learn Scala and begin writing codes using this language.

Simple, comprehensive and easy to follow Scala Programming Certification Course. Very well laid out.This course on scala programming was genuinely worthwhile. Tutor had made sure to provide each and every delicate and minute details description in brief to know the things in easy & effective way.

Good Scala Programming Certification lets you have a basic knowledge of scala functional and object programming. You could really improve this course if you write the code in an IDE like eclipse or IntelliJ, its really hard to understand code that longer than a row if you look at the command line. other than that its fine, you can always understand the lecturer.
Linked

Great class – loved every minute of it. Would suggest for a friend! It was easy and concise, no problem following the instructor at all. Videos were not too long which was great if I did not want to get involved in something that big at night before bedtime. Can’t go wrong, the user interface was friendly and easy to use. No issues with Google Chrome’s web browser, it never crashed or would not load a screen. Can’t be happier with my purchase.

Scala Programming course videos are really good and explained very well. this course provided all the required information about the Scala programming , its worth to watch all the videos because they covered all the topics and provided most of the examples. Thanks to everyone for Scala programming videos.

I was completely new to this, and now I feel like i’m at an above novice level already. This Scala Programming Certification was extremely useful and I will be recommending this to everyone i know. Its really worth the investment, it was very clear to understand and follow.10/10